Check out our review of MLB 15: The Show here.

Spring has sprung, and it’s time for baseball.

MLB 15: The Show released for the PlayStation last week, bringing hordes of fans back to the digital diamond. This year’s installment of Sony San Diego’s virtually unchallenged baseball franchise brings a ton of new features, including an all-new equipment system and new hitting controls.

This guide offers advice specific to the Road to the Show career mode, but it also has some observations on the new additions that could help in others. The first two pages are general tips for all career modes, and the last page has two sample builds.

If you are looking for advice on building a pitcher, I can’t help you. I noticed pretty quickly that I am a terrible pitcher in MLB 15, so I felt obligated to spare the world any more bad advice.

The most important part of creating a great Road to the Show player is mastering the variables you can control.

Players choose a position and spend five flex points on any of five distinct attributes: contact, power, speed, fielding, and arm. Your position choice dictates where each of these statistics stand before you spend your points.

If your goal is to create a speedster, center field will give you the best beginning stats, followed by second base and shortstop.

You can break all of these prototypical builds if you are willing to work at it, but I generally stick to 150 years of tradition and create my player accordingly.

I like to make my player pretty short because it shrinks his strike zone, which leads to more walks. Use a crouched batting stance like “All-Star 33” to reduce the zone further.

I also always create a switch hitter. This gives him the perceived righty-on-lefty or vice-versa advantage. Although this doesn’t really matter in a video game, your player’s A.I. manager will think it does in pinch-hitting situations. This should give you some extra at-bats as you push into the majors.

I always handpick my team in every sports game. It isn’t authentic, but filling a need on a squad always gets you into a star role much faster. If you really want to play a position on your favorite team, you can always edit the position of any player in the creation section. If you want to play center field for the Angels, just put Mike Trout in right field, save your roster, and create. 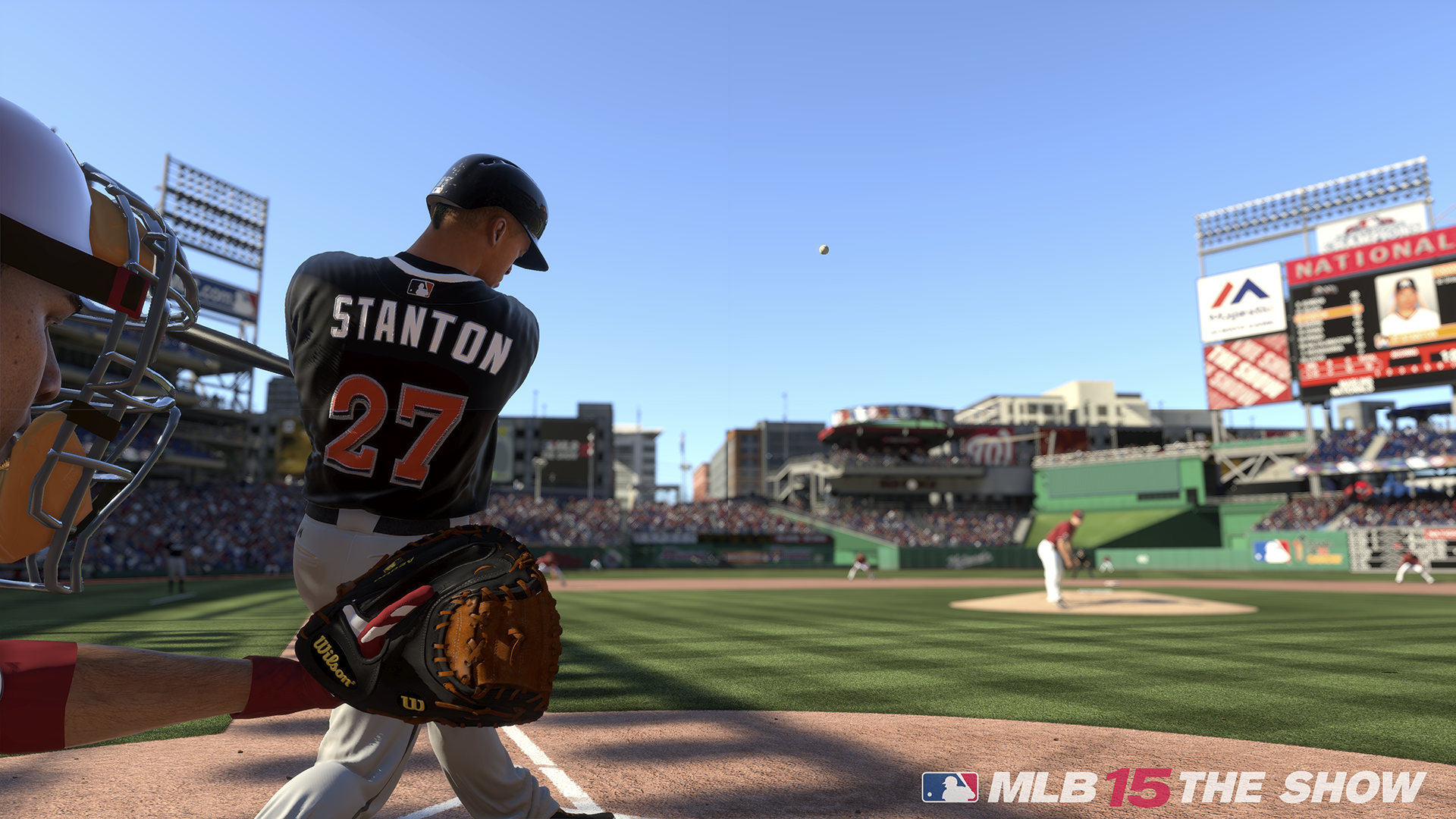 Above: Simplified hitting controls will help you crush the ball like never before.

Like last year’s guide, you will want to make sure you select the pure analog hitting interface with the classic guess-the-pitch style in the gameplay options menu. Pure analog uses only the right stick to hit, which you want, and this allows you to know exactly where the ball is coming maybe one out of every 10 pitches.

MLB 15 debuted some new, simplified hitting controls that should make your batting experience a little easier. You no longer have to time your step; the players do so automatically. Instead, the stick is now for specific swings.

Pulling down and then up on the right stick executes a power swing. Use this early in the count, on pitches up in the zone or when you have perfectly guessed a pitch in the strike zone. If your character has power stats below 50, you will probably want to avoid using this swing until you beef him up.

Flicking the right stick to the left or right performs a contact swing. Don’t ever do this. In MLB 14, contact swings are an effective tool on two-strike counts or in hit-and-run situations. Somehow, the transfer from the Circle button to the right stick gutted this option. It does not work. You will chop the ball foul or chunk it to an infielder every time you use this swing.

Flicking the right stick up will deliver a regular swing. This is your go-to swing. Use it when you just need a hit. You no longer have to time your step, which will give you an extra second to focus on if the pitch is a strike or not.

The left stick now influences where the ball will travel off the bat, or at least that’s what the manual says. In practice, it functions much as the contact swing does. You press it in any direction, and your ball chops harmlessly into foul territory. Don’t use it.