Mobile gamers are either cheapskates or they’ve learned that they don’t really have to purchase anything in a free-to-play game. Those are logical conclusions from a new report from mobile marketing automation firm Swrve.

Swrve found that only 0.23 percent of all players generate 60 percent of all in-game revenues. That’s a tiny segment, and it’s why game companies should treat their best payers, known in the industry as whales, as high rollers.

The headline seems bleak, but Swrve’s data also shows that the average monthly spend was $29.17, up from $22 in the same month last year, an increase of nearly 33 percent.

Freemium is game publishers’ top monetization option — here are the others
Mobile Games Monetization: What successful game developers do differently

These findings continue to demonstrate the importance of attracting targeted players to the game, identifying them early, and ensuring the best possible in-game experience to maximize return on investment, Swrve said.

The report also indicates the slew of mobile game business acquisitions may be waning as companies learn to manage the player lifecycle: the percentage of players who made real in-game purchases in January rose to 2.3 percent, compared to 1.5 percent in 2014. 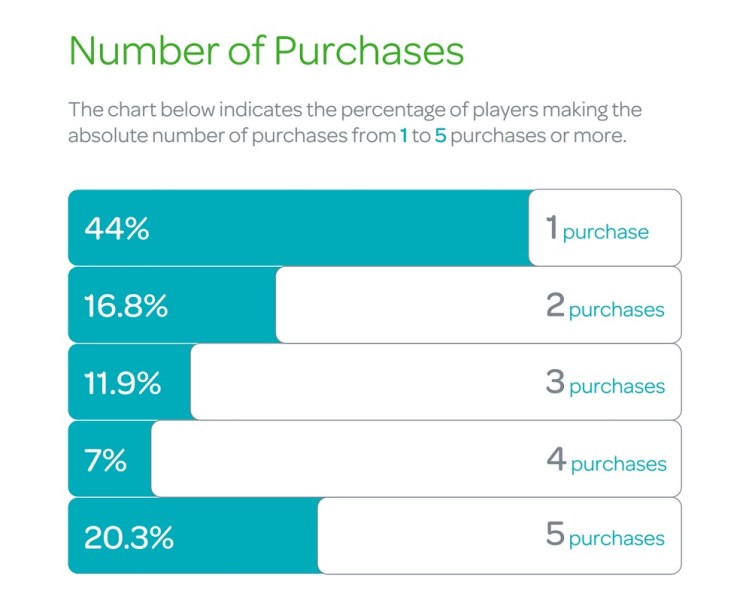 Above: Swrve details the percentage of players who make one or more purchases.

Here are more of the key report findings:

● Of paying customers, 44 percent made one purchase, while 20 percent made five or more
● The typical paying player makes 3.5 purchases per month, at an average purchase price of $8.27
● ‘Mid-tier’ virtual items priced at $10 to $20 drive the free-to-play business, contributing 21.9 percent of purchases and 38.6 percent of revenue. The latter figure is up from 22 percent a year ago.
● The average time to first purchase is only 15 hours, down from just under 24 hours in 2014, which makes it clear that successful titles incentivize early spend.

“The numbers are clear: the mobile games space is changing and growing,” said Christopher Dean, Swrve CEO, in a statement. “Although still reliant on a relatively small but growing number of players, there is a clear trend towards a broader payer base and a more sophisticated approach to driving revenues. We’re leaving the ‘acquisition phase’ of mobile, as developers realize that success is determined by what happens after the install.”

Swrve said the report was restricted to free-to-play games and examined 30 days of behavior for all players playing a game in January 2015. Data was collected from over 40 titles, and reflects the behavior of more than 20 million players. Swrve processes more than 6 billion events a day across a billion devices. 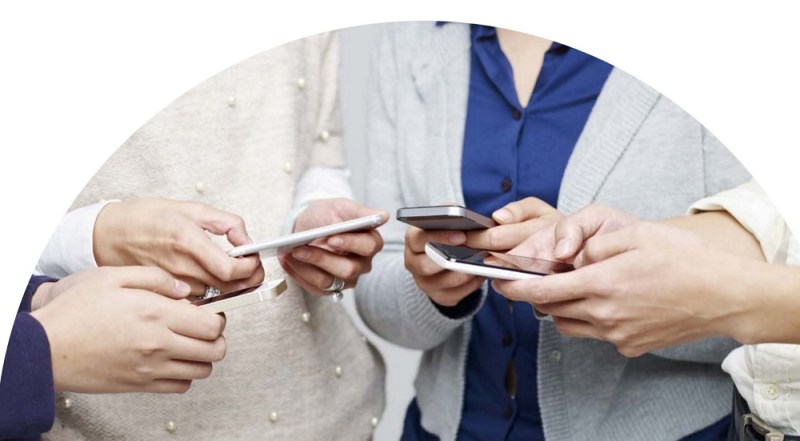 Above: Swrve says 10% of payers accounted for 64% of revenue.