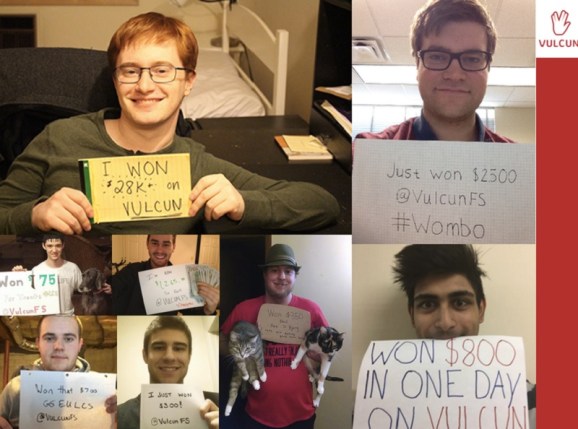 Vulcun, a tournament site for fantasy e-sports, announced today that it has raised $12 million in venture capital from Sequoia Capital and other investors. That’s a big blessing for fantasy e-sports, or a business that is all about tournaments for game spectators who create fantasy sports teams around their favorite professional gamers.

The funding is a signal that e-sports, where fans watch professional gamers battle each other in video games, has become such a big worldwide business that it is now spinning off related businesses, much like professional sports leagues led to a boom in fantasy sports leagues. 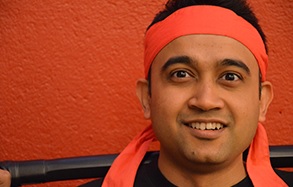 Above: Ali Moiz of Vulcun

With Vulcun, a fan of e-sports acts as a team’s manager. They can assemble teams of their favorite e-sports players and bet real money in a contest. If their players do well in game events such as the League of Legends (LoL) Championship Season, the fans can then win real money. League of Legends is a multiplayer online battle arena game (MOBA) where teams of players use their hero characters to fight each other and destroy the opposing squad’s base. It’s the most popular online game in the world, according gamer social network Raptr.

San Francisco-based Vulcun is capitalizing on the popularity of League of Legends and other e-sports games. Vulcun company recently announced it was creating a $1 million prize pool for its fantasy sports tournament for League of Legends fans.

Vulcun has daily free and paid contests using a salary-cap format. A user acts as a team’s manager, creating a roster of favorite players with a limited team budget. That roster then competes against everyone else’s on a daily basis. They can win cash if their teams do well.

Founders Ali Moiz and Murtaza Hussain started Vulcun.com, which has 15 employees. Vulcun has been running its tournaments for just 11 weeks. Moiz said the audience has been growing at a rapid clip. Moiz said Vulcun will use the money for product development and to expand its community. 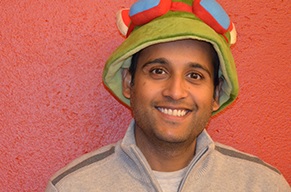 Above: Murtaza Hussain of Vulcun

In a statement, Moiz said, “We had no idea that in just 11 weeks we’d be receiving such an investment. I am deeply humbled and grateful to the community for making this possible and for making Vulcun the No. 1 place where they choose to play fantasy e-sports games.”

Sequoia partner and Vulcun board member Omar Hamoui said in a statement, “We really believe in the long-term potential of e-sports and fantasy leagues. Vulcun allows fans to really participate in the thrill of competitive gaming at the highest levels, without the need to go pro. Vulcun founders Ali and Murti have a strong background in running a successful e-sports team and passionately believe in what they do.”

“E-sports leagues will be the NFLs of the 21st century, with truly global fanbases and games that today’s youth relate to,” said Josh Hannah, a partner at Matrix Partners, in a statement. “Tournaments for e-sports already draw larger live audiences that most traditional sports and are just in their infancy. Vulcun.com provides the connection between fans and the emerging stars and teams in e-sports.”

By industry estimates, over 120 million people will watch an e-sports competition this year. It is already the second most-watched sport in North America after the NFL. Fantasy e-sports sites like Vulcun enable fans to draft their favorite players and compete with each other for cash prizes.