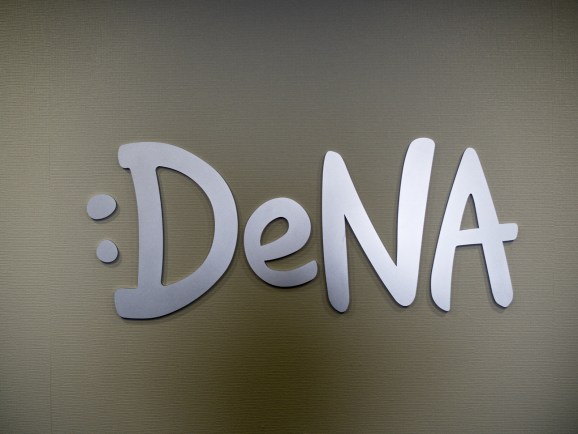 A shiny DeNA logo on the wall of the lobby of its Tokyo headquarters.

Update at 11:57 a.m. Pacific: Additional sources tell us DeNA also laid off dozens in its San Francisco office as well. We are awaiting confirmation on those further details.

Japanese mobile game publisher DeNA has laid off a large group of employees at its development studio in Vancouver, a company spokesperson confirmed to GamesBeat today.

The layoffs appear to be isolated to one studio, but the timing is odd because DeNA just announced a major alliance with Nintendo in mobile games on March 17, bringing one of the traditional powers of console gaming into a market that could hit $30 billion this year. Just yesterday, DeNA touted that its most recent release, Final Fantasy: Record Keeper, had already hit the 1 million-download milestone since its March 24 launch.

“DeNA Group is continually evaluating its game development operations to ensure that it’s structured in the best possible way to deliver high-quality mobile games to consumers worldwide,” DeNA said in a statement. “As a part of this process, we have decided to reshape the structure of our North American studio operations along with a reduction in workforce. We appreciate their contributions to DeNA and are grateful for the opportunity to have worked with them.

“The West will continue to be one of our core markets for our mobile gaming business, and this decision has no relation to our alliance with Nintendo or the popularity of Final Fantasy Record Keeper.”

“Today is a sad day as DeNA West as many of us, myself included, were laid off as part of a significant staff reduction,” Phan said. “There are many of us who are great at what we do and are passionate about our work. There’s a lot of good people ready to start new opportunities. Please consider bringing on board some these ex-DeNAers, as they will contribute great things to your team.”