Seems like it’s taken forever to get to this day, but at one minute past midnight Friday the Apple Watch became available for pre-order at the Apple Store website.

Apple said in a press release Thursday that ordering online will be the only way to start the purchase process. “To provide the best experience and selection to as many customers as we can, we will be taking orders for Apple Watch exclusively online during the initial launch period,” Apple said.

And you better hurry. “. . . we expect that strong customer demand will exceed our supply at launch,” said Angela Ahrendts, Apple’s retail chief.

You may remember that Apple could not fulfill all orders of the iPhone 6 Plus on launch day. These supply shortfalls are either legitimately caused by the inability of Apple’s suppliers to fill orders, or Apple intentionally orders too few devices to create a look of scarcity, hence further pumping up demand.

Some people who pre-order early may be invited in to an Apple Store to try on the Watch. And Apple says everybody who buys a Watch will get a one-on-one session with an Apple rep, either in person or online, in which they can learn how to pair their Watch with their iPhone (iPhone 5, iPhone 5c, iPhone 5s, iPhone 6 or iPhone 6 Plus running iOS 8.2 or later) and set everything up (watch faces, notification frequency, etc.). 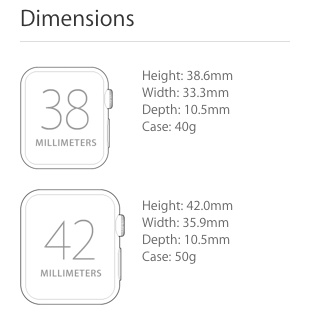 At a special section of the Apple Store website, you’ll have to choose between the 38-millimeter version and the 42-millimeter version. Depending on which Watch you choose — the aluminum, steel, or the gold-plated — you’ll also have to make the decision of which watchband to order.

In all, there are 38 different combinations of Watch type, size, and band style.

The Watch will go on sale in stores April 24.

After more than a year of rumor and chatter, Apple finally announced the Watch at a glitzy event in Cupertino in September 2014. Given the timing of that, many of us expected the Watch to become available before the Christmas shopping season.

But it wasn’t to be. Apple reportedly ran into software problems with the Watch and took its sweet time fixing them. It took so long that another press event was necessary in early March to announce the release dates and pricing for the Watch. 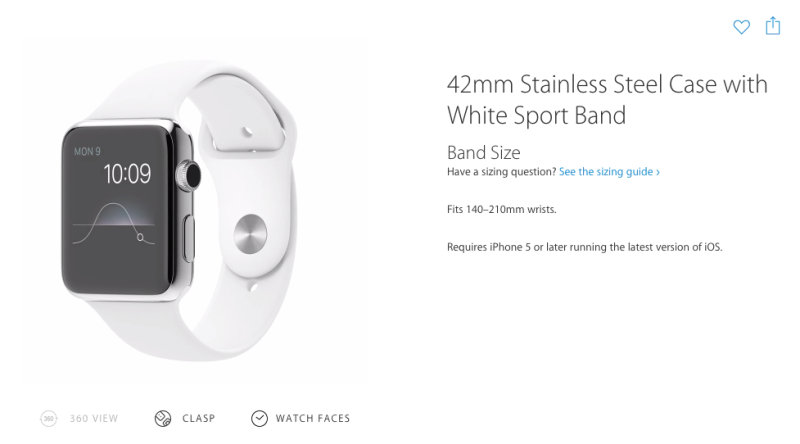 Apple was right to take its time. First impressions of this product will be very important. It’s more important than the launch of a new phone or laptop, it’s Apple’s entry into a brand new category — smartwatches — and the first new product wholly conceived and created without Steve Jobs.

It’ll be us consumers who decide whether Apple has once again correctly envisioned the kind of technology product that we will want and need in our everyday lives.

We’ll be watching to see if version 1.0 of the device carries enough functionality to keep people wearing the device.

And, of course, we will have a review of the Watch when we finally get our hands on one.