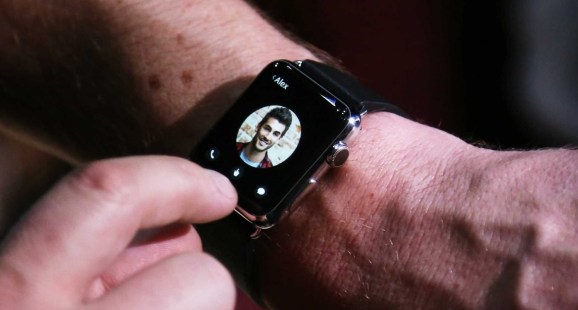 If the instant preorder sellout left any doubts that the Apple Watch is off to a gangbusters start, then this should erase whatever skepticism might remain:

Reuters is reporting that analysts believe that Apple is cranking up its supply chain to build 20 million units of the Apple Watch this year. If correct, that number would dwarf the estimated 6.8 million total of all smartwatches sold in 2014.

Meanwhile, analysts polled by Reuters seemed to be placing the range of Apple Watches sold in the current April-June quarter at between 2.3 million to 5 million.

In addition, marketing research firm Slice Intelligence reported today that its surveys indicated that 957,000 people in the U.S. preordered an Apple Watch on Friday, at an average purchase price of $503.83.

If that average selling price actually held, and Apple indeed moves 20 million Apple Watches, the new gadget would bring in more than $10 billion in revenue in less than a year.

For some perspective on that, consider that in fiscal year 2014, the Mac had revenue of $24 billion while the iPad had revenue of $30.3 billion out of total revenues of $182.8 billion. The Apple Watch might be Apple’s number four gadget for now, but it seems to be getting an incredibly hot start.

The main challenge for Apple in this first year, as the Reuters story notes, is ramping up production of the Apple Watch to meet demand. Shipping dates have already slipped to June for some versions of the Apple Watch.