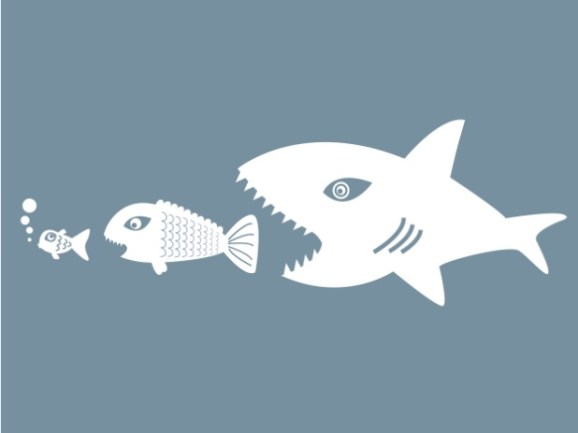 If you’ve been paying attention to the ad tech industry in the past two years, you know that a lot has been happening. Let’s take a quick glance at some of the major acquisitions:

The list gets longer, but I want to get straight to the point. The ad tech industry is consolidating like crazy. This was pretty much predicted, as larger companies are starting to realize the massive opportunity in online, programmatic, and mobile advertising, and small ad tech companies are developing the technologies that will push ad tech through the advertising stratosphere.

One can only wonder why this is all happening, who’s involved, whether it’s a good thing, and what’s in store for the future.

I have the answers right here for you.

It’s safe to say that the ad tech industry is extremely crowded. There are probably 20 or more smaller companies at each other’s throats, in addition to the big players who have the wherewithal to stomp on anyone in their path. The market simply cannot sustain the amount of competition that exists. Marketers are confused about where to go with their advertising budgets and ad tech companies are confused about exactly the type of marketer they want using their platform.

The reason the ad tech industry is so saturated is strong demand, especially in mobile.

According to eMarketer, mobile ad spend will top $100 billion in 2016, which will make it the biggest digital ad market. That’s saying a lot for a medium that was considered nascent just last year.

Brands and smaller advertisers are becoming more comfortable with programmatic and mobile. Social data is extremely appealing, retargeting technologies have proven to be effective, ad formats and industry metrics are improving, and the scale of programmatic is unprecedented.

Advertisers are straddling the line between euphoria and confusion as ad supply is increasing and ad technology is improving, yet advertisers still aren’t spending as much as they should on new ad technologies. Maybe there is such thing as too many options?

The Facebooks, Googles, Yahoos, and Twitters of the world have eaten up most of the ad tech market share. Not only do these companies provide the interface for advertisers to advertise, they provide the supply based on the data they already harbor about our social and search behaviors and the increasing number of people who use their services.

However, they aren’t the only players in the game. Companies such as AdRoll, Rubicon Project, InMobi, and AppNexus have solidified themselves in the ad tech space.

The big players have spotted a gold mine in ad tech and have decided that it’s easier to throw a couple of million at an acquisition than spend time on R&D to develop the same technologies that already exist. Increased competition means the life of small ad tech companies will be short-lived either because of acquisition or exhaustion.

Is all this M&A madness good or bad? It’s both.

On the one hand, consolidation will most likely lead to more standardization, better ad quality online and on mobile and less confusion among advertisers. Conversely, ad tech consolidation means limited options and higher costs for advertisers because of reduced competition.

Either way, ad tech consolidation is a sign of a maturing ad tech industry.

Despite all the gloom and doom news you just read about the large players gobbling up everything, there’s still a big opportunity for any company interested in getting a piece of the ad tech pie.

The success of any ad tech company will be measured by its ability to scale, provide more scalable ad formats, provide better analytics and insights, and have a presence in all aspects of advertising (supply side, demand side, and ad integrations).

Unless you can (or have legitimate plans to) scale well, have unique differentiation, can provide a solution to an untapped customer segment, and can compete with the big dogs, there’s simply no reason for your company to exist. Period.

Donté Ledbetter is the marketing coordinator at Decisive. He specializes in digital marketing, brand strategy, and mobile advertising.