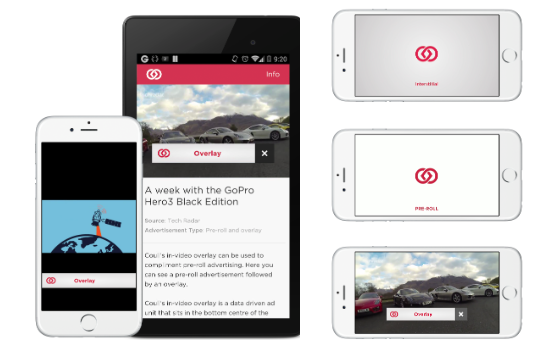 Video advertising is growing fast and is already, in fact, one of the most successful forms of mobile monetization that doesn’t include in-app purchasing.

UK-based upstart Coull is joining mobile video advertising leaders such as AdColony, Flurry, and MoPub with a mobile video ad unit. But more interestingly, the company is adding an in-video ad unit for those mobile publishers who might have some significant video resources of their own that, it says, is unique. 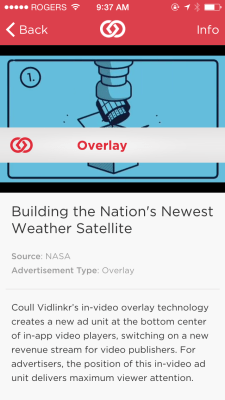 Above: A demo video overlay mobile ad from Coull

Coull calls it an “in-video overlay ad,” and says it delivers a 32 percent boost in revenue.

The new ad unit is pretty much what the name says: an overlay on a video.

It’s small, and users can swipe it away while continuing to watch the video. I’ve tried it, and while it’s inobtrusive enough to not be annoying, the fact that it floats in from the side and then, after a swipe, floats out the other side, ensures that a user is going to see it.

Video ads are lucrative for app publishers. So where does this extra 32 percent revenue boost come from?

“That 32% revenue uplift comes from running our unique in-video overlay format alongside the more mainstream pre-roll format,” Irfon Watkins, Coull CEO, told VB via email. “While overlay doesn’t deliver as high a CPM as pre-roll, it’s an additional revenue stream that can only be accessed via our SDK.”

The overlay works, as you’d imagine, in both portrait and landscape mode and is, Watkins says, optimized for multiple devices and platforms.

Coull serves billions of ad requests every month across 180 markets, the company says. The new SDK can be integrated into mobile apps with about one to two hours of developer time.