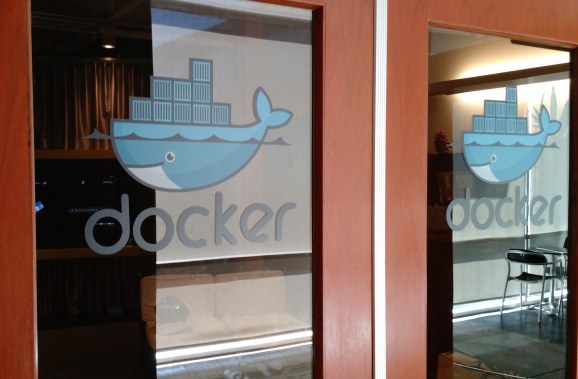 At the Docker office in San Francisco in March 2015.

Docker, arguably the hottest enterprise startup around, is announcing today a new $95 million round of funding, just seven months after revealing its previous round.

Docker once went by the name dotCloud, when it was a platform as a service cloud provider. But that market has proven difficult.

In 2013, the startup decided to pivot and open-source the code for the Linux container technology it used to run applications. The technology, called Docker, packages up code into containers that can be easily moved from one physical server to another. It’s a lightweight alternative to longstanding virtual machines.

Developers and operations people at companies big and small have been quick to try the container technology from the startup, which ended up changing its name from dotCloud to Docker. All that growth has caused investors to become very interested in putting their money into Docker.

The startup doesn’t actually need the new money right now, Docker chief executive Ben Golub told VentureBeat in an interview. But he’s not about to turn investors away, as the market for containers is only getting larger.

“We want to have resources at our disposal if it grows even faster than anticipated, or if the funding market looks less attractive two or three years from now,” Golub told VentureBeat.

Competitors include freshly funded CoreOS. Competition might also come from Mesosphere, which has taken steps to support containers as it builds out an operating system for entire data centers.

At the same time, cloud providers like Amazon, Google, IBM, Joyent, and Microsoft in the past several months have been announcing proprietary services for using containers.

Docker started the madness around containers, though, which is why so many people are paying attention to its evolution.

Here are some up-to-date metrics on Docker usage that Golub provided:

“I think the biggest news is that Docker has moved into the mainstream,” Golub said.

The startup employs 120 people, with the headcount getting close to 180 by the end of the year, Golub said.

Since Docker last announced funding, which was back in September, the startup has acquired a bunch of little companies, including KiteMatic, Koality, and Socketplane.

And given the spate of acquisitions, it’s reasonable to expect more.

“If there are other small companies that make sense, that help round out the offering and get us key needed functionality sooner, along with a great team, then we’ll do more of those,” Golub said.

And more partnerships are in the works, he said.

Docker plans to make its Docker Hub Enterprise on-premises software generally available this quarter, Golub said. High-priority areas in the months to come include storage, networking, and security, he said.

Goldman Sachs and Northern Trust invested after their IT teams expressed an interest in Docker’s technology and encouraged investors to reach out to the startup, Golub said.