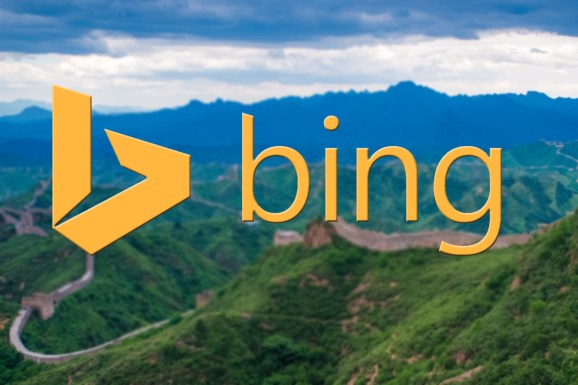 As you can see in the chart below, both Google and Yahoo slipped 0.1 percentage points while Bing managed to squeeze out a 0.3 percentage point gain (presumably it also stole from smaller search sites). Microsoft can now say 1-in-5 searches in the U.S. are conducted on its search engine.

Despite Microsoft’s achievement, Google still has more than triple Bing’s share. As for Yahoo, which runs off Bing for now, its share is still up thanks to its five-year deal with Mozilla, though it is slightly down from its peak of 13 percent.

For many months, ComScore’s reports showed next to no movement for each search service (a difference of 0.1 points or 0.2 points one way or the other, if that). A 0.3 point change is not much larger, but it does come just a few months after big gains from Yahoo. So far, 2015 is already a lot more exciting, and it looks like the search market is going to be worth paying close attention to.

Search is closely tied to browsers. In December, Yahoo sites started telling Chrome and IE users to “upgrade” to Firefox, and in January, Google showed Firefox users exactly how to dump Yahoo.

Under CEO Marissa Mayer, Yahoo is looking at ditching its Bing partnership and considering new deals that could help it push ahead. Microsoft, meanwhile, is focusing ever more on Cortana, the digital assistant that Bing powers, as well as other efforts that tie its services closer together.

Google is, of course, still the undisputed king, and it’s not sitting still. That said, as search becomes more intelligent and more local, there are simply more market share pies for tech companies to consume.