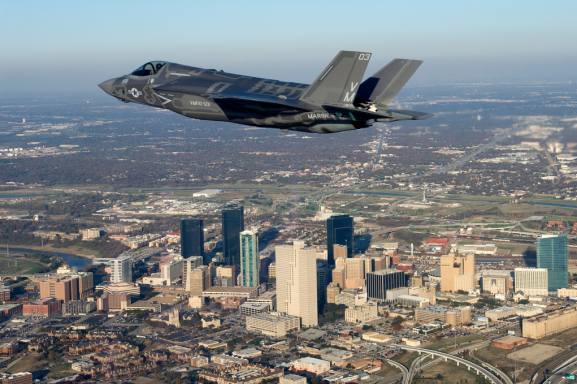 The beleaguered F-35 Joint Strike Fighter could very well be the last manned strike fighter the Navy or Marines will ever use, signaling an irrevocable move towards unmanned systems.

According to U.S. Naval Institute News, Navy Secretary Ray Mabus said that the F-35 could be it for the Navy or Marines when it comes to manned strike fighters.

“Unmanned systems, particularly autonomous ones, have to be the new normal in ever-increasing areas,” USNI News quoted Mabus as saying. “For example, as good as it is, and as much as we need it and look forward to having it in the fleet for many years, the F-35 should be, and almost certainly will be, the last manned strike fighter aircraft the Department of the Navy will ever buy or fly.”

Mabus also announced that the Navy for the first time has named a deputy assistant secretary for unmanned systems. That position was created “so that all aspects of unmanned — in all domains — over, on and under the sea and coming from the sea to operate on land — will be coordinated and championed,” Mabus said.

The F-35 is one of the most expensive programs in U.S. military history, and one of the most controversial. Even many at the Pentagon — usually a place happy to get spendy new equipment — have rejected the plane. It is said to be unreliable, vulnerable to hacking, and far too expensive.

However, the U.S. government has committed astronomical amounts of money to the F-35 program — said to be around $1.5 trillion — and it’s unlikely that even the Navy will be moving on from the planes in the immediate future.