China is one of the biggest markets in the world for mobile gaming, and that has developers giving it extra attention when they localize their apps for that nation.

Developer Plain Vanilla Games has launched WeQuiz, which is the only-for-China version of its popular 1-on-1 trivia game QuizUp built and released in parternship with Tencent. This is the first time QuizUp has gone through a major change like this to better fit into a foreign market, but with China overtaking the U.S. recently as the No. 1 country for iOS downloads, it is likely worth the effort.

To ensure WeQuiz would have a chance in this country, Plain Vanilla worked with massive gaming firm Tencent, which runs the popular WeChat platform that is responsible for distributing many of the most successful apps in China. And that was a smart move, because WeQuiz is already the top free app on the Chinese iOS store. 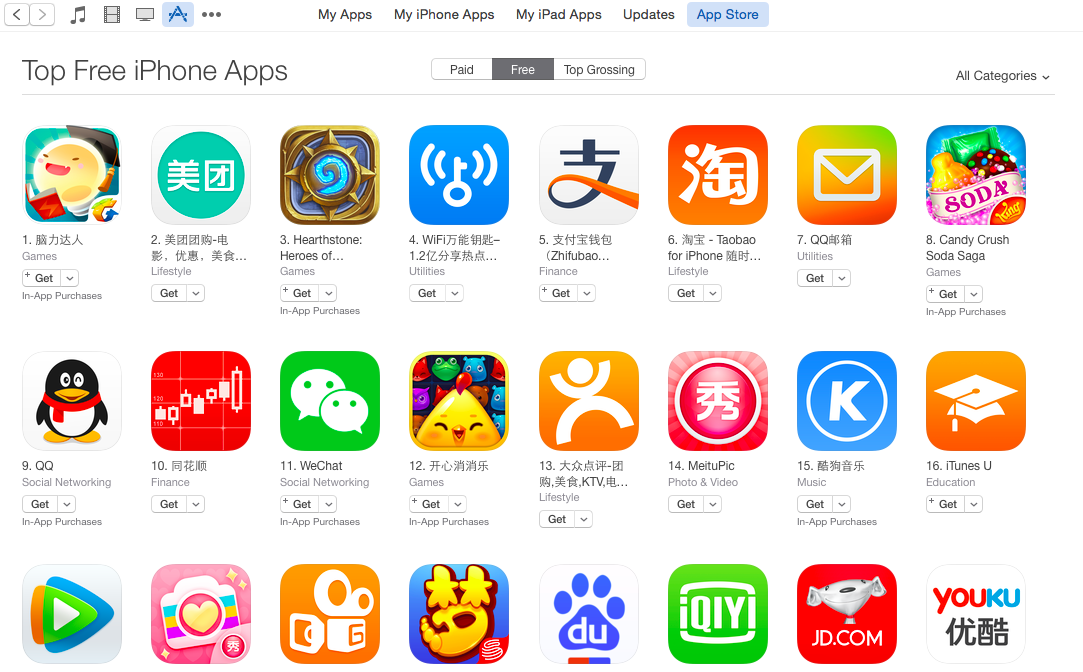 Above: WeQuiz is the top free app in the market the downloads more iOS apps than anywhere else.

WeQuiz is, generally, the same game as QuizUp, which caught on big time in the West over the last few years. Tencent and Plain Vanilla added a handful of new features to better serve the expectations of Chinese gamers.

One of the biggest changes is to the visuals. While QuizUp has a mature, clean look in the West, China is more accustomed to colorful games that have a more playful style. So WeQuiz is much more cartoony than QuizUp is. Other noticeable additions include more emphasis on player progression and achievements.

The most significant shift from QuizUp to WeQuiz, however, comes in the form of usable items that players can use to mess with their opponent. For example, a player can have a store of tomatoes that they can throw at their competition to temporarily block their screen — an important chance, since competitive-style apps are popular in China

Finally, Plain Vanilla will monitor how gamers in this new market respond to the various features and additions. If people enjoy the tomatoes, the studio may then think about bringing those to QuizUp in the West.