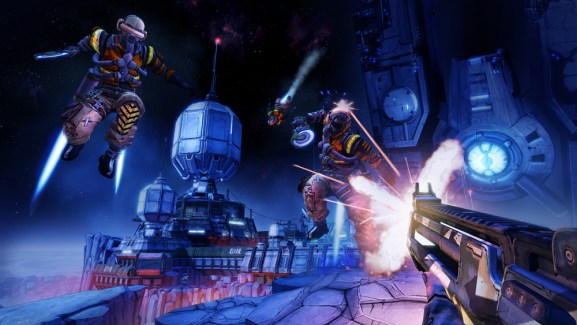 One of these days, Claptrap. Right to the moon.

2K Australia — the developer behind last year’s action role-playing game Borderlands: The Pre-Sequel — is shutting its doors. All staff will lose their jobs, according to a company source that spoke to Kotaku. This leaves no triple-A console developer working out of Australia, and it’s part of a bigger trend of major studio closures, including THQ shutting down in early 2013, having auctioned off its assets for $72 million. THQ’s Australian studio had already closed back in 2011.

With triple-A development costs increasing and mobile revenue predicted to overtake console revenue in 2015, this is a trend that’s likely to continue.

Kotaku reports that high operating costs were to blame for the closure, along with a failed move from Canberra to Melbourne, which was an attempt to bring in fresh talent.

While Australia doesn’t have any other triple-A console developers, it still has some major mobile studios, like Fruit Ninja creator Halfbrick and Real Racing developer Firemonkeys.

2K Games confirmed the closure, saying, “We have taken steps to begin the studio closure process for 2K Australia in order to better manage ongoing development costs while improving the working proximity of our creative teams. We are very grateful for the team’s valuable contributions to numerous 2K projects, and are working with affected staff to explore reassignment opportunities where possible.”