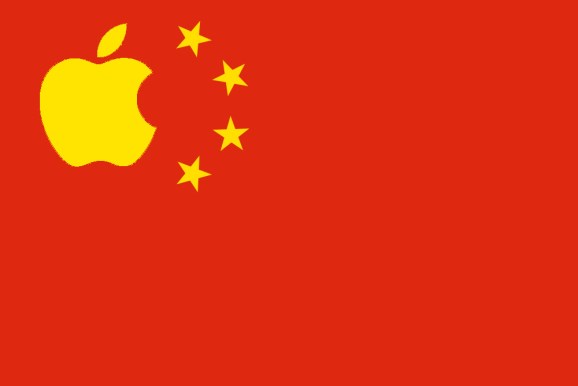 Apple is huge in China.

Western products are a hot product in China — especially if they have the word “Apple” on them.

As China’s economy continues to grow and more of its 1.36 billion people adopt cutting-edge technologies, Apple is one of the companies benefiting big time. In terms of revenues, Apple is the No. 1 tech brand in that nation by far, according to a report from research firm Newzoo. With $37 billion generated in China, Apple eclipses every other Western and domestic company competing in the market. It’s bigger than Chinese Internet company Tencent, which owns the massively successful League of Legends and Cross-Fire games. It more than doubles Huawei’s $17.5 billion and Lenovo’s $14.7 billion, and both are Chinese companies that also produce smartphones.

These revenues are an important indicator that Apple is leading the way in China, and game developers looking to enter the market would likely benefit from making iOS games for the region.

These enormous revenues don’t come because Apple is outselling its competition in terms of raw units shipped. Instead, the company has the premium products that act as status symbols for China’s growing upper classes.

“With the introduction in September 2013 of the iPhone 5S and the less expensive 5C, many analysts believed the lower priced 5C was finally a product tailored to Asian markets, in particular China,”  Newzoo chief executive officer Peter Warman said. “Whether by luck or design, Apple’s blockbuster products in China are not the less expensive iPhone models such as the 5C but the high-end 5S, 6, and 6 Plus, along with iPads and iMacs. If there was ever any potent evidence needed that Chinese consumers have money to spend and are willing to pay for quality and status, this is it.”

And one thing that other companies could potentially learn from Apple is that the company didn’t treat the Chinese differently than it does its other consumers around the world. Traditionally, a Western company looking to get into China would partner with a domestic company that could produce a localized marketing strategy, but Apple ignored that. Instead, it used much of the same kind of marketing that has helped it conquer the rest of the globe, and it worked just fine.

That means Apple isn’t splitting a significant portion of that $37 billion with anyone else.

Other Western companies are also making a dent in China. Microsoft generated a bit less than 10 percent of its $86.8 billion in fiscal-year 2014 revenues in China, and Sony brought in $4.4 billion from the country. While these aren’t Apple numbers, that is money that those companies cannot ignore.