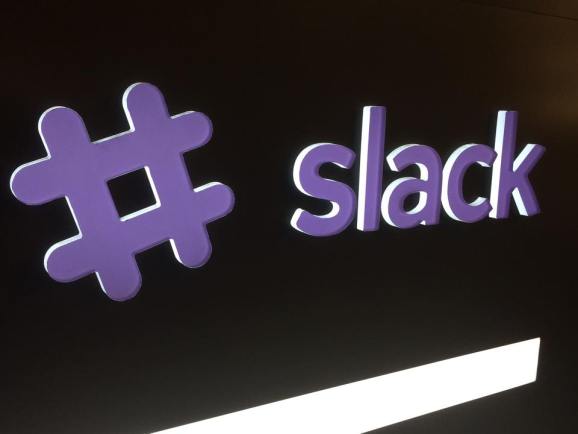 At Slack headquarters in San Francisco.

Slack, that San Francisco startup with an increasingly popular team communication app, today announced that it has officially raised $160 million in a new funding round, at a $2.8 billion valuation.

The company issued the news in a press release after previous reports to this effect. Today’s round follows a $120 million round that Slack announced in October. At the time, the valuation was at $1.12 billion.

Slack, which competes with Atlassian’s HipChat, Microsoft’s Yammer, Convo, and other products, has been rolling out features at an impressive rate in the past few months. The company brought its app to Windows last month. And while disclosing a weeks-old security breach, Slack announced that it was making two-factor authentication available to users.

To date Slack has raised $340 million.

More than 750,000 people use Slack daily, the company said today. And Slack has more than 200,000 paid seats. (Yes, it’s possible to use Slack for free.) The daily active user count and the paid seat count have both more than doubled since the start of 2015, Slack said. The app first launched in February 2014. The company itself started in 2009.

To get a sense of what makes Slack unusual in the world of enterprise software, check out my post 10 things I love about Slack.