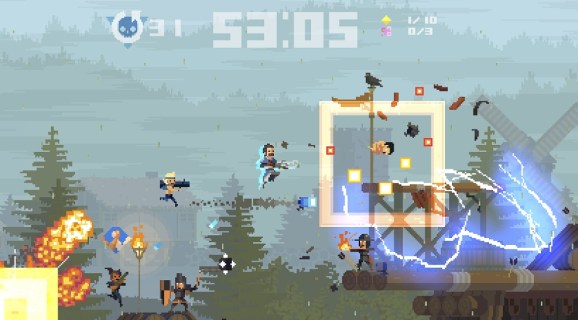 Super Time Force Ultra is coming to Sony’s PlayStation 4 and PlayStation Vita, and the run-‘n’-gun shooter is going to bring a lot of mayhem.

The pixelated digital game from CapyGames is one of the small third-party indies that will give the PS4 some variety, and it has a nice twist: time travel. You can pick from a bunch of characters and fight through a bullet-hell landscape until you die. Then you can rewind the action to the point from before you started going wrong and fight again.

The “bullet hell” game comes out sometime this year on the PS4 and the Vita, and it’s already on the Xbox One and PC. The teen-rated game will cost $15. 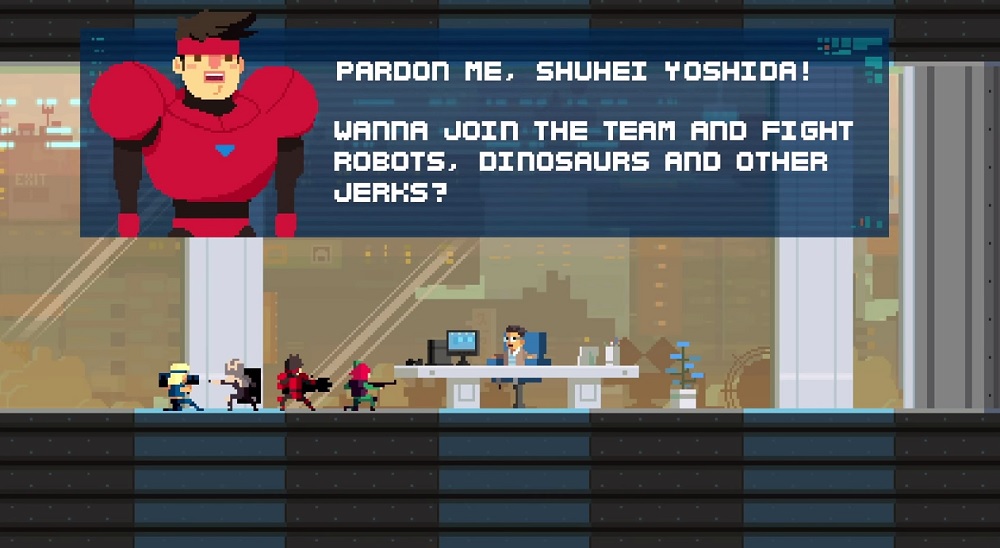 The side-scrolling platformer offers frenetic combat where you can always fight another day. You can use “time out” to roll back time. You can switch characters if one is failing you. I used one that had a special ability where if you hold down the square button on the controller, you can shoot through walls. But the challenge is that you have to get through a level in a short amount of time. If you take too long and play it safe, you lose.

The 8-bit art will be nostalgic for some, but it’s nothing fancy. The PlayStation version has some exclusive new characters, such as the silent clothed character from Journey. That character can send out little musical vibes that mess with the enemies. You can also play Sir Galahad from The Order: 1886. And you can even play as Shu Yoshida, Sony’s worldwide game studios chief. The bespectacled Yoshida fights with his smartphone and his special ability is a deadly tweet.

The game covers six different time periods, and it has 19 characters. You can also hop into the “Helladeck” and get 50 time-twisting challenges. You can also swap dimensions with the Ultra Force power mode.

Of the games that Sony showed off at a preview event, I thought this one was the hardest. But it’s has a good sense of humor, and the consequences for dying aren’t too bad.