I admit it. I’ve been addicted to Total War: Attila, the latest military strategy game for the PC from Sega’s Creative Assembly studio. It’s not the most popular game in the world, and many gamers I know have never heard of it. But it’s my game, and I sure do feel important when I’m saving Rome from the barbarian hordes of Attila the Hun, the Visigoths, and the Sassanids.

For someone like me, the cost of the game is about 18.5 cents per hour of entertainment. But this isn’t just about me. It’s about the loyalty that I will have over a lifetime of retention for Creative Assembly’s Total War games, and the social value that I create by talking about the company’s games publicly — that’s priceless. Mobile game companies are starting to talk about the “lifetime value” of a customer. But in my mind, they’re only scratching the surface.

You might say I had misplaced priorities. I could have been playing blockbusters. But I enjoyed my deep dive into this game, because it reminded me of why I chose to write about video games for a living in the first place. I reviewed it back in February, giving it an 88-out-of-100. Clearly, that score was too low, given how much more time I’ve poured into it.

I neglected plenty of games while playing this Total War. I dropped Sid Meier’s Starships pretty quickly, and I didn’t even want to deal with the difficult travails of Bloodborne, which started me out in a situation where I had bullets, no gun, and some 8-feet ghouls to fight. I also skipped out on the latest Game of Thrones episodes from Telltale and testing for Rainbow Six: Siege and World of Warships. 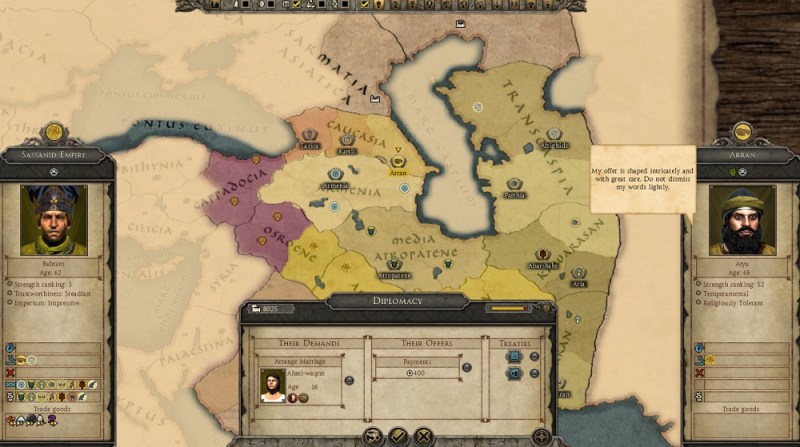 You might consider this obsession with Total War: Attila, which is based on the Rome II: Total War engine, to be a bit silly. But the game has a lot to like. It has riveting music that plays in every battle. The aides shout warnings about the flow of the battle, or shout with joy when the enemy general falls in the fighting.

During the game, I’ve seen lots of weird things happen that I would describe as bugs. I was restricted to 12 armies and six fleets, yet the Western Roman Separatists, who broke off from my empire, could accumulate as many armies as they wished. They had fewer cities than I did but huge troop numbers. Why was I restricted, but not my enemies?

And a couple of times, it forgot to collect taxes for my side. Those funds were critical to building cities and keeping the population happy. My economy also swung wildly out of control. During one season, I had a surplus of food. I built up some cities, and then a famine hit. All of a sudden, I had massive starvation, which led to rebellions and civil war. I know the game simulates climate change, which drove the barbarians against the Roman Empire. But this was crazy.

I also had many moments of glory. I had a massive battle in Palestine, with 5,000 of my legionnaires fighting against 6,000 Sassanid soldiers. I came at the enemy from three directions and managed to hold things together. But as soon as that battle was over, about 20 armies appeared. My spies failed me. The 20 armies were stacked against my three, and they pursued me until I had no one left.

The oddest thing about playing the game for 243 hours was that I played only one campaign on the easiest level. The game lasted 211 turns, or about 52 years in the game’s history, from 395 AD to 447 AD. I restarted the game a few times to rewind time and avoid some disasters that made me run out of money. But it was just one continuous, long campaign. The funny thing? I never met Attila. He died of old age before I could fight him. 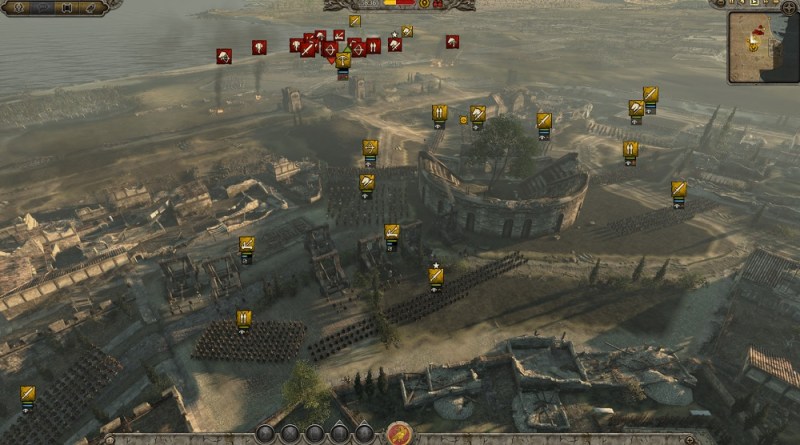 Above: Another massive battle in Total War: Attila

But that didn’t mean I won. Rather, my empire collapsed from internal betrayal. I never kept the cities happy enough, so they kept rebelling. And the subjugated foes, like Hispania, Illyria, the Western Germanic Separatists, and the Western Roman Separatists, all attacked me at once. My 12 legions and my allies in Gaul had to stand against dozens of armies attacking on all fronts. My soldiers bravely fought against impossible odds, and my garrisons made the enemy pay dearly for every conquered city.

The longest war I fought was against the Sassanids, and the Eastern Roman Empire, based in Constantinople, was no help at all. I held the Sassanids at bay and wiped out a lot of their armies, but they caused me to overextend my empire.

The stats I collected during this campaign were amazing. I captured 125 settlements, and lost 113. At my peak, I held 70 settlements. I built 529 buildings in those settlements, and encountered 67 factions. I survived, but 52 factions perished. I controlled 11 puppet states, and I closed the game with 17 active wars. At most, I was fighting 21 factions at once. I rarely sacked cities, and razed only six. I mostly occupied or subjugated them. I recruited 61 generals and lost 52 of them. I recruited 907 units and destroyed more than 7,869 units of the enemies. My economy enjoyed spectacular prosperity, but I fell victim to famine anyway.

Those battles weren’t all glorious. But I could hear the trampling of horses, the screams of battle, and the shouting of orders in every single one of them. They were intense 3D battles with thousands of soldiers. I could zoom in on a single group of soldiers or zoom out to see the entire battlefield. It was always breathtaking to view, and the reminders were always plentiful that war is a horrible mess, not a simple matter of moving chess pieces around on a board. 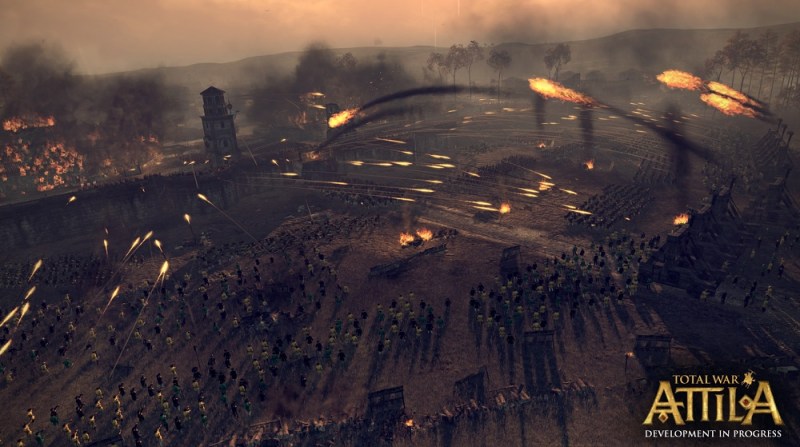 I’m telling you all of this for the sake of history. I want you to know in the alternate universe that I created, the Huns never pillaged Rome. Nor Mediolanum, where I built the largest city, nor Ravenna, where I moved my capital. It was the horrid Illyrians and the Western Roman Separatists — my own people — who burned my capital. In this game, I feel like I’m in charge of history, my own narrative, and that no one else in the world is going to play this game exactly like me.

Now for the game developers out there, this is how to do a game right. You create a game for your loyal fan. You supply content that keeps that fan going forever. And you keep churning out more games in the series. I’ve been playing Total War games for 15 years, and I’m hooked for good. When you start thinking about retention, you don’t think about 30-day retention. You should be more ambitious than that. You should figure out how to create a game franchise that will keep me playing for 15 years. In that context, the 243 hours I’ve put into Total War: Attila is a drop in the bucket.

And well worth it to me. 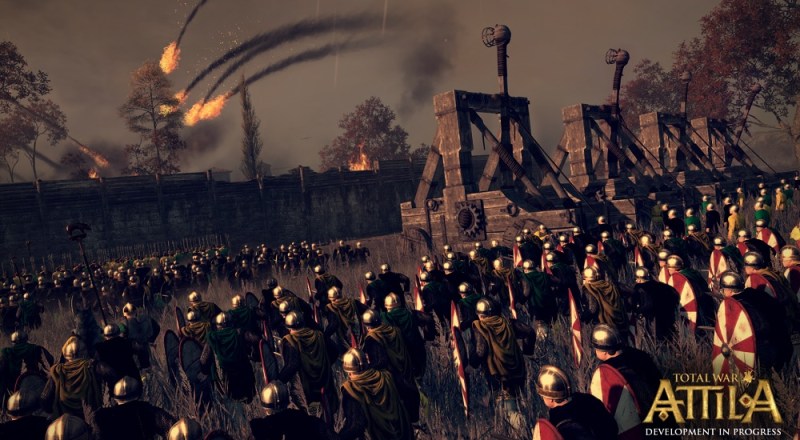