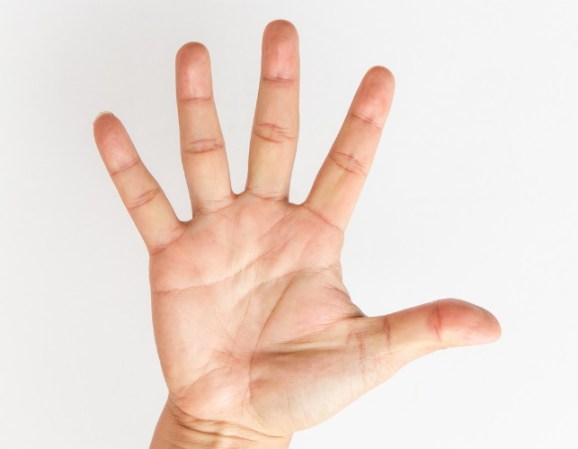 Our product marketing manager was seeing some issues within our application the first few days of February 2015. At the end of the first week he called me to talk about it.

“Something weird is happening,” he said. “Our activation rate fell by almost half!”

Our product, PandaDoc, is a document automation and management tool for sales teams. We recognize an “activation” when a customer sends their first document.

“I’ve tested the flow with the developers. We haven’t discovered any bugs but will keep trying to find out what is going on.”

A couple of days later, we noticed that one of the web hooks from our billing provider (another SaaS company) was working strangely and returned undocumented subscription states. We were relying on this web hook to grant trials for our customers. By the time the issue was fixed, hundreds of trials had been lost as they weren’t able to send docs.

I sent an email to their CEO asking why this had happened and what they were going to do about it. I wasn’t really mad at this point as I understand things like this happen. I was hoping, however, to recover at least a portion of the damage done to us by, perhaps, being compensated for two months of free service. And hopefully a kind note saying they were sorry and it wouldn’t happen again. I felt that would have been fair.

The response I received was a long drawn-out explanation of the technical reason for the bug. The CEO also stated that it was a “light bug” and offered a $300 coupon code for our troubles.

Our discussion continued and then I received this response:

As far as bugs go, you have to know as a software maker, that there are shades of bugs. I’ve seen the open bug lists at places like Rackspace, Zendesk, Heroku, Auth.Net, Braintree, etc., and they are long lists that remain open for years. Bugs have to be triaged and prioritized just like anything else where you have limited resources and unlimited tasks.

This outraged me! We were paying this company a five-figure amount annually and were relying on their API to do business. This “light bug” cost us a few thousand if not tens of thousands of dollars in lost opportunities and time!

At this point, I felt it didn’t make sense to continue the conversation. As a former software developer, I understood where he was coming from. As a customer, however, I began to loathe him and his company and was ready to go on a warpath posting negative comments all over the web.

Instead, I took a deep breath and distanced myself from the situation, deciding to turn it into a positive learning experience. I began thinking about all of the customers my company had let down because of bugs and decided to write this blog post as a reminder for SaaS execs on how to properly deal with the people who are keeping your business alive.

Sometimes we screw up. Depending on the issue and the use of our product, we cause slight or severe damage in lost time, productivity, opportunities, etc. But as much as it is important to prevent issues from happening, it is also important to resolve what already happened in a proper way. Here are five tips on how to properly handle issues to limit further damage to clients.

In SaaS, bugs can affect many customers at once. This makes handling affected customers really complicated. Nevertheless, you still have to stay on top of the issue.

It’s actually best, if possible, to email a client even before they’ve discovered an issue. That way they’ll be prepared, will feel comfortable knowing that your team is already working on resolving the problem, and will plan their actions accordingly moving forward.

If they discover the problem before you do, you should figure out a way to respond to every single customer affected in less than an hour. Calling your clients is obviously the best and most personal option. If there are too many customers to call and respond to individually, mass email to let them know you’re aware of the problem, that you’re sorry for any inconvenience it has caused, and that you are working as quickly as possible to fix the problem. Then get your team involved in responding to each complaint individually. Tools like Zendesk or Intercom help a lot when you need to contact a lot of people.

People want to be empathized with. Apologizing and offering understanding will help resolve half of the issue and can calm a customer down a lot. Your clients should also feel you really mean it. That is why calling is better than email.

Try putting yourself in the customer’s shoes and looking at things from their perspective.

It’s imperative that you connect with your customers before they cancel their subscriptions, look at alternatives to your service, or leave negative comments or ratings about your company.

Some problems will obviously be completely your fault, but in other cases you’ll find the issue is a grey area. As the developer, however, it’s your responsibility to build software that minimizes user errors as much as possible.

This is a no-brainer, but in any case, never insinuate the customer was in error. Proving them wrong will be of no service to you. Even if the client agrees with your reasoning, they will probably lose some of the loyalty and respect you worked hard to earn.

If it so happens that the issue is the customer’s fault, still apologize for what happened. Politely suggest the correct way to do things in the future. More often than not, they will realize that it was really their mistake. On your end, follow up to make sure a similar problem doesn’t happen again and will not become a recurring one for users.

4. Help to recover the damage

If your company paid for all of the damages your bugs or downtime caused, it would go bankrupt very quickly. That is why a majority of the SaaS products have no SLAs (service-level agreements) in their terms of service. But taking some responsibility and compensating a client for the damage done to their business could go a long way in preserving the relationship.

How can you make it up to the clients after the problem is fixed? Some may not demand anything, but others may ask for a remedy. Negotiate with them. Offer your premium service at a discounted rate or month(s) of your subscription free of charge to ameliorate the situation.

This could affect your bottom line in the very short term, but it’s better to lose one month of revenue from a client than to lose them altogether to a competitor. This also helps go a long way with customer retention and loyalty.

Throwing in some swag might be a good idea too.

It’s really important to follow up with a client a few days after the issue is resolved. By that time, the steam coming out of their ears has hopefully dissipated and they are willing to have a meaningful conversation with you aimed at rebuilding the relationship.

Apologize (again) and remind them of all of the things you’ve done to make sure the issue won’t come up again. Your clients will appreciate how much you care and that you’ve taken the necessary actions to ensure that they will be happy using your product going forward.

There is a reason the word “service” is a part of the SaaS acronym. Building a relationship with the client is of utmost importance. Highly regarded and long lasting companies focus on this very thing. Don’t underestimate how significant it is.

Sure, things happen. But we have to make certain we do our best to preserve the relationships.

Mikita Mikado is a founder of PandaDoc, document automation software for sales teams. PandaDoc is a must-have “documents add-on” for your CRM that helps to quickly assemble quotes and proposals, get electronic signatures on contracts, and track clients activity on presentations.