Addiction to a virtual world

Video game addiction is already a concern for many, despite the fact that the American Psychological Association doesn’t yet recognize it as an official mental disorder.

With the relatively cheap option of immersive virtual reality, there’s a worry that living with a virtual headset on will be preferable to taking it off, at least for some people.

Rizzo previously noted that this could be particularly tempting for people suffering from mental health problems. “The lure of an alternate environment would be hard to predict for individuals who are faced with the daily struggle of coping with visual or auditory hallucinations,” he said back in 2003. “As such, these individuals may be at higher risk for negative behavioral and psychophysiological responses.” 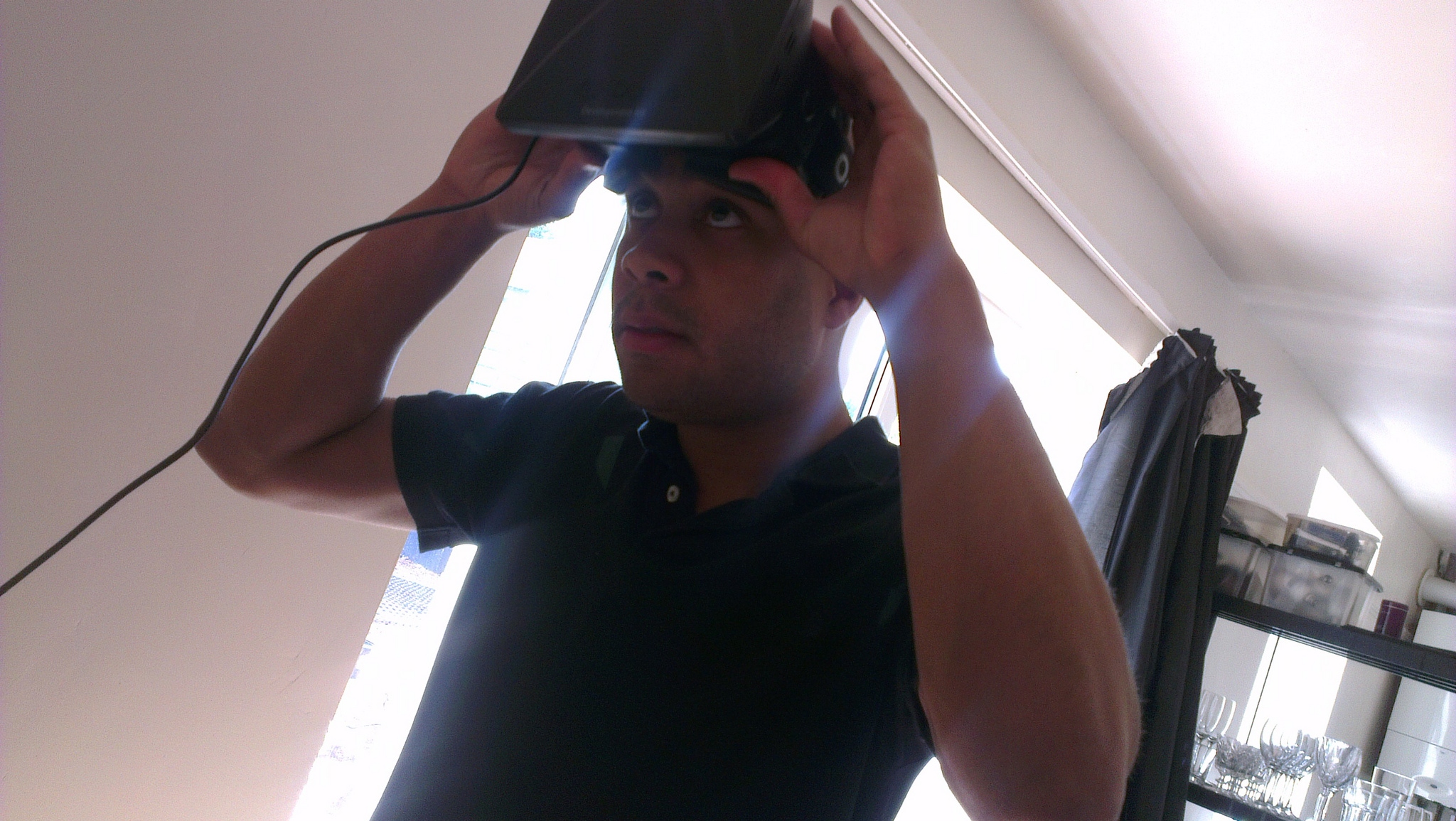 Above: Sometimes you just have to take off the headset.

But anyone could potentially find the temptations of VR hard to resist. Speaking to Rizzo, he referred to isolated cases where gamers have died, or caused the death of others, through gaming immersion to the detriment of self-care. Just recently, a Chinese gamer died after a 19-hour session playing the massively multiplayer role-playing game World of Warcraft.

With VR, the potential for getting hooked is heightened.

“There is that potential [for addiction],” said Rizzo, “and there always has to be an appropriate level of caution with anything like this.”

Dr. Andrew Doan — the head of addictions & resilience research for the US Navy — recently reported on a case of addiction to Google Glass — a wearable device that layers internet functionality over the real world. While Google withdrew its $1,500 Google Glass from sale recently, it was available long enough for one US Navy serviceman to dream about it and experience severe withdrawal symptoms when it was taken away.

I asked Dr. Doan — himself an ex-gaming addict — if he thinks we’ll start seeing similar examples of virtual reality addiction.

“Because virtual reality is more arousing to the brain and neuroendocrine system, we may see more problems with addiction and abuse as devices become accessible to more people,” he told me via email.

As with so many aspects of VR, it’s something that’s going to need further research and attention as the technology explodes.

“The Google Glass case was only one case and we need more research and data [in these areas],” said Dr. Doan. 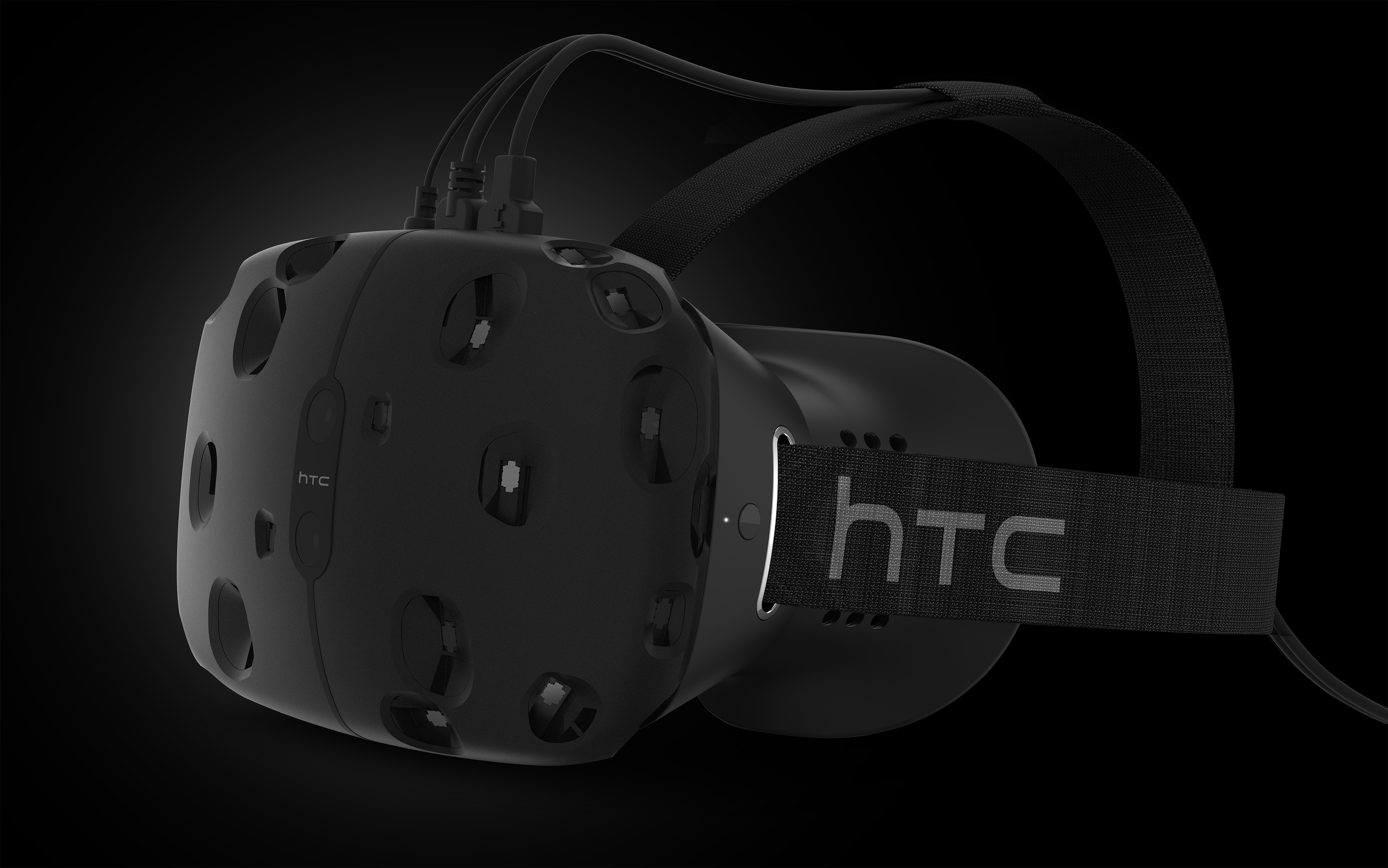 Above: HTC’s take on Steam VR.

One of the biggest potential hazards from VR is also one of the most basic. It’s the fact that you’re wearing a hulking great headset over your eyes, and you can’t see your own surroundings.

“I’m sure something will happen,” said Albert Rizzo. “One thing that everyone overlooks with this stuff is when you’re completely immersed, you’re also disconnected from physical reality. There’s a high chance you’re going to fall or something.”

He recalled the wave of broken TV screens when the Nintendo Wii first hit the market. People weren’t used to swinging a controller around and got way too exuberant, and Nintendo had to issue stronger wrist straps along with firmer playing guidelines.

Immersing yourself in a virtual reality — especially one that includes body tracking — can, and probably will, lead to accidents in the home. The fact that you’ll likely be connected to your PC or game console with a bunch of wires will make it all the more risky.

“If you’re in a very compelling game in an HMD, there’s a good chance you’ll forget where your feet are and trip over your cat,” said Rizzo. 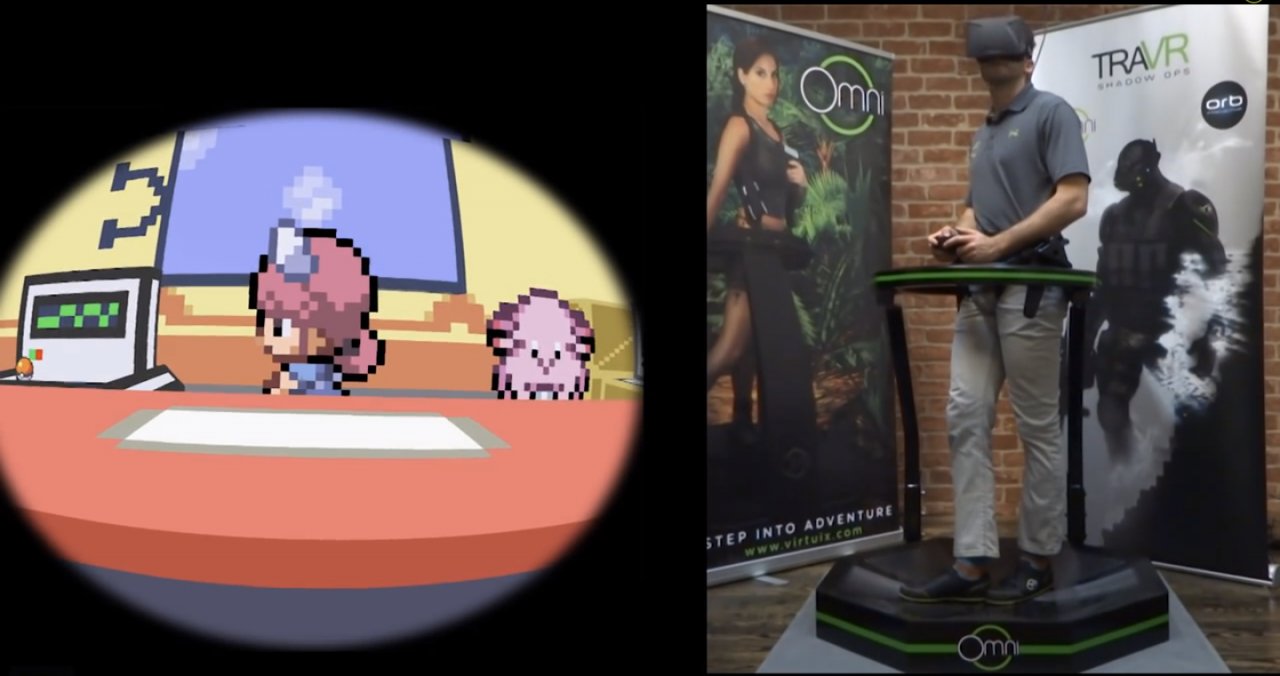 Above: A gamer using the Omni and an Oculus Rift to play a virtual version of Pokémon.

How the manufacturers see things

Oculus declined to comment on these issues, saying there weren’t conducting any interviews outside of trade shows. I didn’t have much luck with Sony’s Project Morpheus team, either.

After some deliberation, Sony declined to respond to the questions I sent through, citing the system’s anticipated 2016 launch date and saying it would be “a bit premature” to go into detail right now.

It’s a shame, but looking through the official Oculus resources at least gives some idea of the lengths the company is going to ensure it’s taking care with our health, whether that’s just for legal reasons or not.

Going forward, it’s clear that we’re largely stepping into the unknown. There has been very little research dealing with long-term extended use of VR headsets, and the early adopters of this new technology are almost the first wave of proper testers.

While there isn’t a single smoking gun that immediately jumps out, there are enough potential concerns to warrant monitoring the situation closely. And further research is definitely needed.

“Eye care professionals are aware that the visual environment for these people will be changing,” said Marty Banks, “so they’ll be on the lookout for signs that there is some problem.”

“To my knowledge, so far there’s nothing really substantiated that is causing great concern,” said Banks. “But I hope your article will convey the message that just because we haven’t seen evidence, doesn’t mean that we shouldn’t be attentive.”