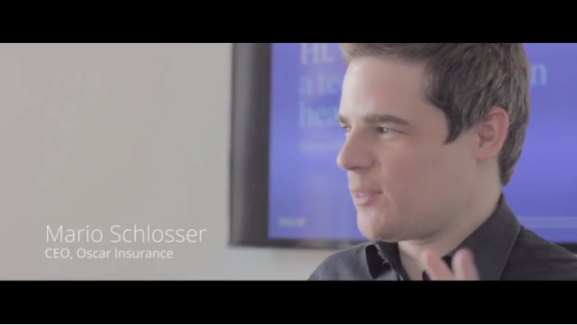 The insurance company for the Age of Obamacare, Oscar, has pulled in a monstrous new funding round, valuing the company at around $1.5 billion.

The $145 million round was led by Peter Thiel and Brian Singerman from Founders Fund. Li Ka-shing of Horizon Ventures, the Wellington Management Company, and Goldman Sachs also participated, in addition to all previous investors.

This round brings Oscar’s total funding to date to $320 million. The new capital will allow Oscar to expand its operations, develop new products, and provide plans to new members nationwide, the company said.

“We don’t get excited about raising money, but rather, see it as a small step towards improving experiences for our members each and every day,” co-CEO Mario Schlosser said in a statement at the company’s website. “Our most recent round of financing will ensure our continued dedication to service and innovation for our members. It will allow us to grow our staff, create new products and extend our plans to new members across the country.”

The point of Oscar’s software platform is making it easier for consumers to connect with health insurance plans and health care providers. The insurer’s site features an online search function that directs patients toward appropriate doctors after they type in their symptoms using natural language. Patients can also screen doctors to make sure they’re in the network prior to booking an appointment.

There are some low-tech perks, too: Oscar guarantees that a physician will return patient phone calls within 25 minutes — and it provides a handful of calls for free. It also offers free generic drugs and a number of free primary care appointments.

A simple online form is used to gather the information needed to generate a personalized insurance quote.

Since opening its doors in October 2013, the company has racked up thousands of customers and tens of millions in revenue.