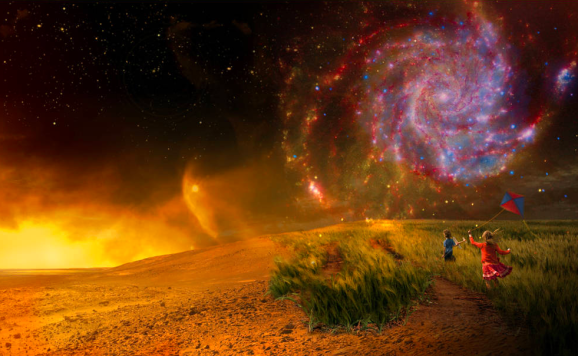 NASA wants to find life outside the solar system, and it is putting Earth’s best minds on the job.

The space agency said today that it is launching an interdisciplinary effort aimed at searching for extraterrestrial life.

Known as the Nexus for Exoplanet System Science (NExSS), the project will bring together a wide range of scientists, researchers, and academics to try to “better understand the various components of an exoplanet [a planet around a star], as well as how the planet stars and neighbor planets interact to support life.”

NASA said that since the discovery of the first exoplanet in 1995, it has found more than 1,000 of them, with thousands more likely to be similarly designated in the future. At the same time, NASA said, scientists are trying to figure out which of these many worlds are, at least in theory, habitable, and which may have signs of life.

“The key to this effort is understanding how biology interacts with the atmosphere, geology, oceans, and interior of a planet,” NASA wrote, “and how these interactions are affected by the host star. This ‘system science’ approach will help scientists better understand how to look for life on exoplanets.”

NASA’s new project, run by its Science Mission Directorate, will bring together earth scientists, planetary scientists, heliophysicists, and astrophysicists “in an unprecedented collaboration to share their perspectives, research results, and approaches in the pursuit of one of humanity’s deepest questions: Are we alone?”

NExSS will be run by Natalie Batalha of the NASA Ames Research Center, Dawn Gelino of the NASA Exoplanet Science Institute, and NASA Goddard Institute for Space Studies’ Anthony del Genio. It will also have members from 10 universities and two research institutes. The team members were chosen based on proposals submitted to the directorate.