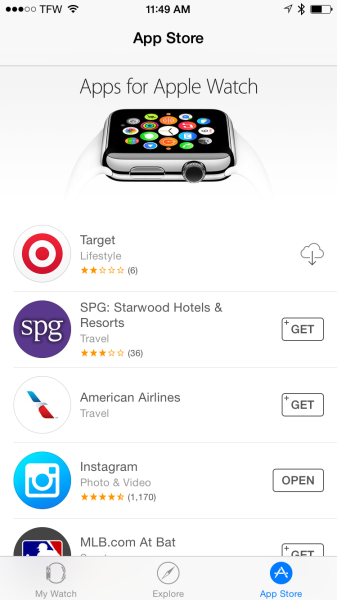 If developer participation is a predictor of the relevance of the Apple Watch, things are looking good for Apple’s new device.

Apple says more than 3,000 apps have already been developed and approved for the new device, and are available in the Apple Watch app store.

A group of selected apps is visible in the app store section of the Apple Watch app, which will also be used by Watch owners to pair and set up their devices.

Watch apps are not self-contained, but rather extensions of iPhone apps. This could change as the Watch becomes more feature-rich and more independent of the phone.