Kobo announced the latest addition to its burgeoning lineup of e-readers earlier this month: a $130 high-resolution device that clearly has Amazon’s Kindle Voyage firmly in its crosshairs. Except with the Glo HD, Kobo’s undercutting Amazon’s incarnation by a full 70 bucks.

Ahead of the official North American launch on May 1, VentureBeat has gotten its proverbial mitts on one of these devices to see what it’s all about and whether it can challenge the might of Amazon’s ubiquitous e-reader range.

First, though, a little background if you’re new to Kobo. The Canadian company has been in the e-reader business since 2010 and offers a range of devices — including a waterproof e-reader and Android tablets — not to mention mobile and tablet apps that let you continue your reading on pretty much any device. The company was snapped up by Japanese e-commerce titan Rakuten back in 2011.

As with Amazon, Kobo offers its own e-book store, consisting of more than 4 million titles, and you can also access newspapers and magazines. Most of the books are made available in the open ePub format, though DRM is built in, and it’s compatible with PDFs too. Fun fact: the name “Kobo” is actually derived from an anagram of “book.”

Comparing the specs from the Kobo Glo HD with the Kindle Voyage (Wi-Fi edition), it soon becomes clear there is very little daylight between them.

Kobo Glo has a 6″ Carta E Ink HD touchscreen with a resolution of 300 pixels per inch (PPI), weighs 180 grams, and has 4GB of on-board storage. The Kindle Voyage is equal to this pound-for-pound.

The most immediately striking facet of the Kobo Glo HD is its slightness — it just feels incredibly small and light. Compared to the Kobo Aura HD, which is by no means a bulky device, the Glo HD is miniscule. It literally fits in my jeans’ front pocket. Also, it’s immediately noticeable that the screen is sharp and crisp — which is one of its main selling points, after all. 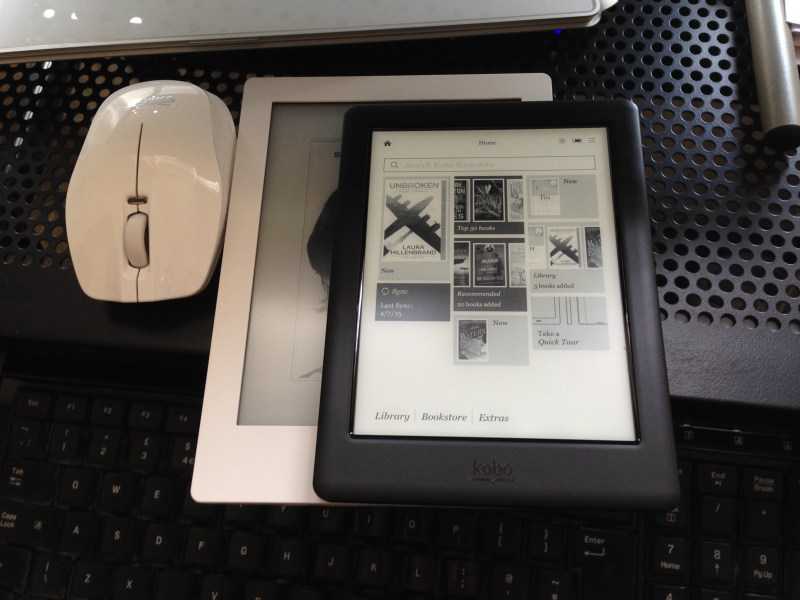 As with other Kobos, you have access to a store where you can manually search for titles or peruse by various categories, including “Top 50” and “Top New Releases.” 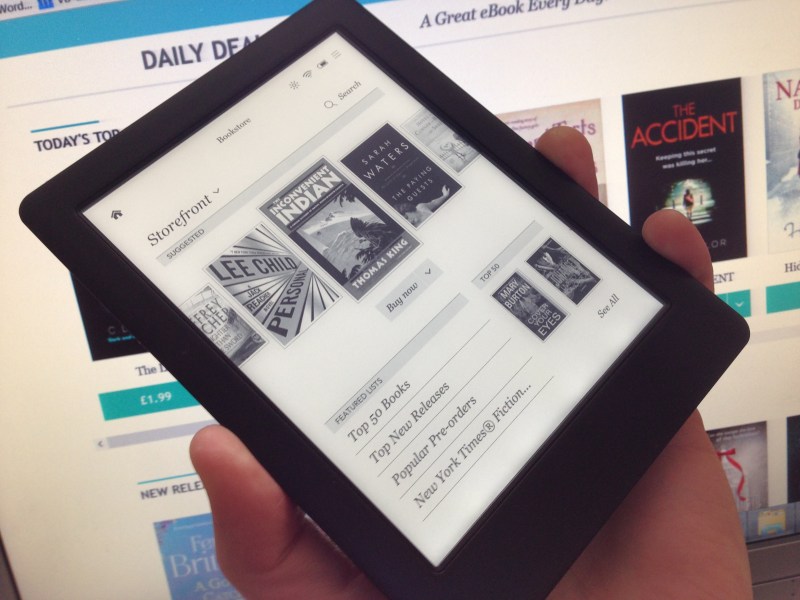 You can also highlight and annotate words and phrases, look up definitions, or search for related information through Wikipedia and Google. 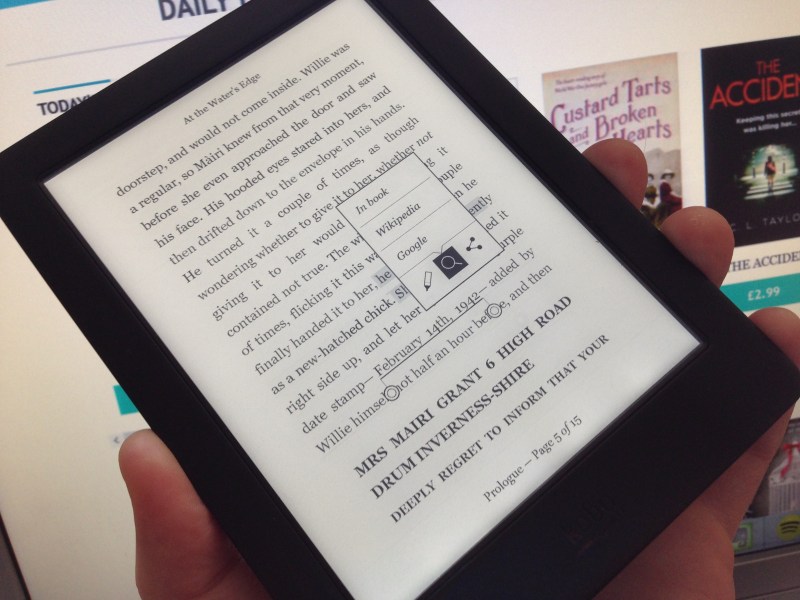 One of the great little features of Kobo, one that’s fairly undersold, is that you can link up with “read-it-later” service Pocket, meaning all those articles you’ve saved from the web can be viewed on your e-reader. There are workarounds that let you do something similar with a Kindle, but the direct integration here is a nice touch. 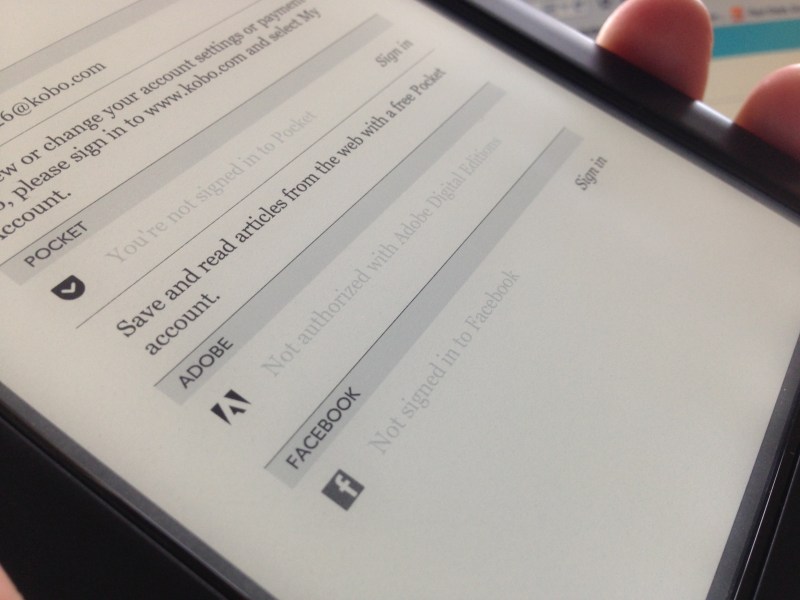 Above: Pocket on Kobo

A Kobo review wouldn’t be a Kobo review without mentioning the built-in browser. It’s still filed away in the settings menu as a beta feature, and probably for good reason.

Indeed, while you can browse the Internet on this thing, it’s far from slick. When you’re accustomed to searching the web on a tablet, replicating it on an e-reader just doesn’t feel right, and it’s not a smooth process. But hey, this isn’t supposed to be the main selling point. 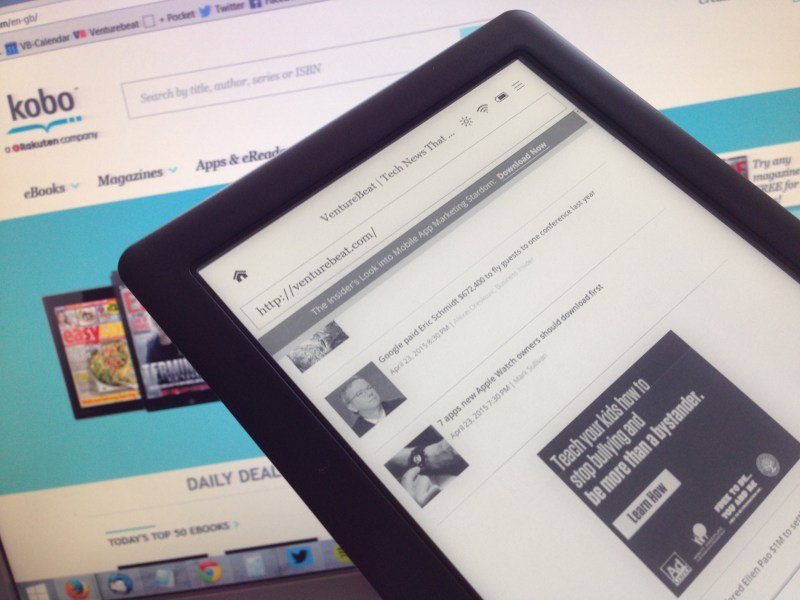 I tried to use YouTube on this just to see what happened, and yeah … don’t try it at home, kids. Chiefly because it doesn’t work. 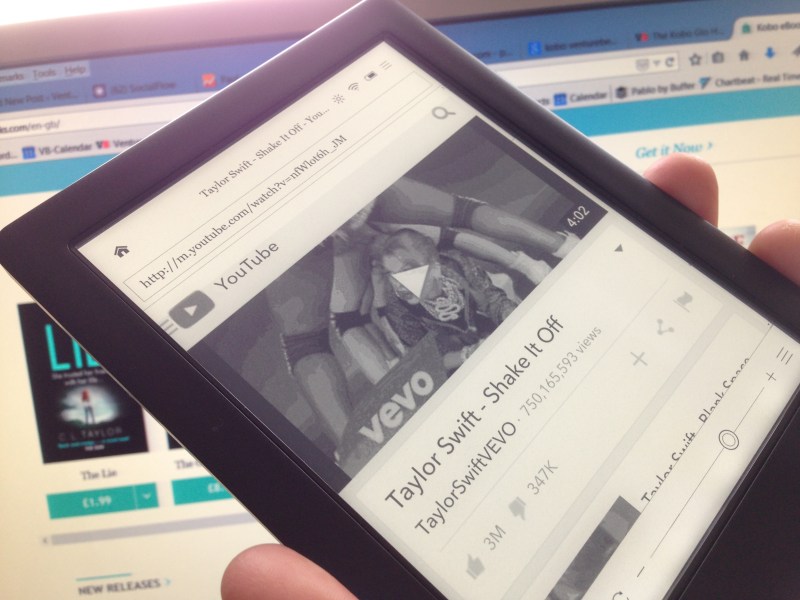 Kobo’s big marketing blurb relating to the Glo HD is this: “Kobo Glo HD is the highest quality eReader at the best possible price.” And it’s difficult to argue with this sentiment — the front-lit display is crisp and clear. But as someone who doesn’t care too much about resolution or “PPI” in an e-reader, this isn’t a huge selling point for me. I’m happy enough with a $60 Kobo Touch, or a basic $80 Kindle.

But of course, not everyone’s the same. For those who are into high-quality e-reader displays, then the Kobo Glo HD is only $10 more expensive than the Kindle Paperwhite with 212 PPI screen, and as established already it’s $70 cheaper than the Kindle Voyage.

There’s little question Kobo has a compelling device on its hands here. For those already heavily invested in the Amazon e-book ecosystem, the Kobo Glo HD won’t hold much sway, but for those in the market for a solid e-reader with a great screen, then the Kobo should find more than a few fans.