Wooga has released its first game for the Apple Watch in the form of Toby, a virtual pet app that will let you know when it’s time for the dog to pee. 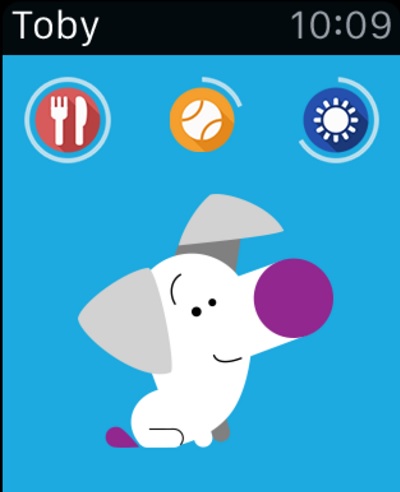 This is one of many games that will debut as experiments in wearable gaming on the new Apple Watch that goes on sale today. The app is free, and it has no in-app purchases. Wooga isn’t monetizing it in any way.

“The main objective is to learn about how people use the watch for fun,” said Jens Begemann, chief executive of Wooga, in an exclusive interview with GamesBeat.

I checked it out, and Toby is adorable. He shakes and looks very uncomfortable if he has to pee. So you have to let him off his leash, and he runs off the Watch face display to relieve himself. He’s much more relaxed and happy when he returns.

“I hadn’t let him off the leash for a while so he really had a desire,” Begemann said.

You have to take care of Toby by swiping. You can get him to go to sleep, feed him, and play with him. Once you’ve performed those activities, a circle will fill up, and Toby will be at peace. You can let him make music by tapping away on some virtual musical keys.

The app is available now for download on the iPhone and the Apple Watch. You can earn coins over time that allow you to unlock a range of new interactions, decorations, and designs. There’s a wide range of animations used to express Toby’s personality.

Like other Apple Watch games, Toby doesn’t run on the watch itself. Rather, the processing is done in the companion iPhone, and the instructions for the display are sent back to the Apple Watch via Bluetooth communications.

Toby started as a small internal prototype. But it was greenlit, and four engineers put the game together over a period of 10 weeks, Begemann said.

“For us, if we sell it and make a few tens of thousands of dollars, that is not meaningful for our company,” Begemann said. “But we can understand players. To build games that work with this kind of device will take time. By being there on launch day, we can learn faster and see what users like or don’t like.” 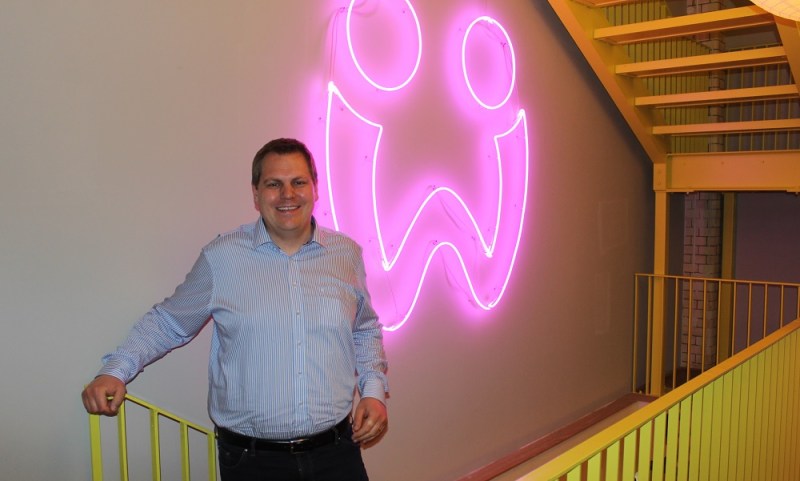 Above: Jens Begemann, chief executive of Wooga, creator of Toby for the Apple Watch.