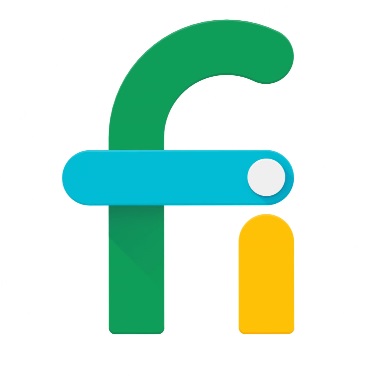 Google made an exciting announcement Wednesday, confirming plans to launch its own wireless service, Project Fi. The service will leverage existing Wi-Fi networks and switch to carrier networks (T-Mobile and Sprint) only when Wi-Fi isn’t available. This approach to mobile communications is what some are calling Wi-Fi First.

It’s an approach several companies are already pursuing, including Republic and FreedomPop, and my own company, Scratch Wireless. And Cablevision’s recently launched Freewheel provides a Wi-Fi only service.

Google’s announcement is a great thing for the wireless industry, the Wi-Fi First industry and ultimately, a great thing for consumers. Right now, with a cost of $10-20/GB for data in the U.S., traditional cell service is expensive (upwards of $140 per month, per subscriber), and according to a 2013 study by Validas, smartphone users typically waste $28 each month on unused data. But smartphone service doesn’t have to be so costly.

According to Cisco, about half (46 percent) of total mobile data traffic was offloaded through Wi-Fi in 2014, and with the Wi-Fi rollouts that are happening now, that number could reach 90 percent. At $10/GB, if 90 percent of traffic went over Wi-Fi instead of cellular, it could save consumers $700 billion each year.

Here’s where that hurts the AT&T and Verizons of the world: When implemented properly, a Wi-Fi First model can relegate cellular networks to simply filling the gaps between hotspots.

A Wi-Fi First model could save consumers literally trillions of dollars over the next decade if adopted in mass, and Google is the company to pave the way (and do so quickly).

Given its size and influence in the device space, Google’s Project Fi could help accelerate the adoption of Wi-Fi First through a couple of key moves. The first is by requiring all Android devices to have Wi-Fi First intelligence built in at the outset. This would ensure that all phones use Wi-Fi as the main communication method and only rely on cell service when absolutely necessary. The second is Wi-Fi connectivity. Wi-Fi is nearly everywhere, but consumers don’t always take advantage of it in the capacity they could. Google has the opportunity to speed up this adoption by creating standards and device requirements that would make Wi-Fi connections more mainstream, and a seamless, easy experience.

So what does this mean for the big carriers? At the same time Google ushers in Wi-Fi First to the masses, its wireless vision could fundamentally transform the role major carriers play in the market. Let’s use Verizon as an example of a carrier that will be impacted. When you buy a phone through Google, Google will manage the relationship with Verizon instead of you. When Wi-Fi isn’t available, your device will automatically select which network it should connect to based on availability, but similar to making calls while roaming, the device decides for you based on the network with the most availability that’s the least expensive. You’re not tasked with deciding what network to connect to, and there is little (if any) interaction between you and that cell brand. You’re buying the phone from Google, you’re paying Google, and you’re calling Google support if you experience any issues.

If Google’s move means consumers now have billing relationships with only Google, Verizon’s brand (which the company spends more than a billion dollars promoting each year) is diminished. This model commoditizes the wireless carriers while simultaneously putting downward pressure on their margins.

As such, the Wi-Fi First business model eliminates “Verizon” from consumers’ vernacular, the company’s influence over the subscriber is all but removed, and the $77 billion in gross profit it made in 2014 will also be a thing of the past.

It’s clear Wi-Fi plays an integral role in the future of the industry. Based on Google’s track record, if there is any player that can take down Verizon and AT&T, who have been upselling consumers on wireless service that isn’t efficient or cost-effective for decades, it’s Google. And it’s only a matter of time before carriers’ relevance to smartphone subscribers everywhere is diminished. The end is near.

Alan Berrey is CEO and President of Scratch Wireless.