Call of Duty: Black Ops III is an ambitious undertaking. The next installment in the multibillion-dollar video game franchise is being built by a team of hundreds at Activision’s Treyarch studio in Santa Monica, Calif. By the time the game ships in the fall, Treyarch will have worked on it for three years, a year longer than the usual Call of Duty game, since Activision now has three studios trading off the duty, including Treyarch, Infinity Ward, and Sledgehammer Games.

Treyarch’s signature has been the Black Ops sub-franchise, which is now set in the year 2060 and carries on the military combat theme that combines realism and sci-fi.

We visited Treyarch headquarters, and got a deep download on Call of Duty: Black Ops III, the next installment in the multibillion-dollar video game franchise. And we sat down for an interview with the team’s leaders, studio head Mark Lamia, multiplayer director Dan Bunting, and single-player campaign director Jason Blundell. We’ve edited the interview into three sections, with the first focusing on our conversation with Lamia.

Here’s an edited transcript of part one of our conversation. 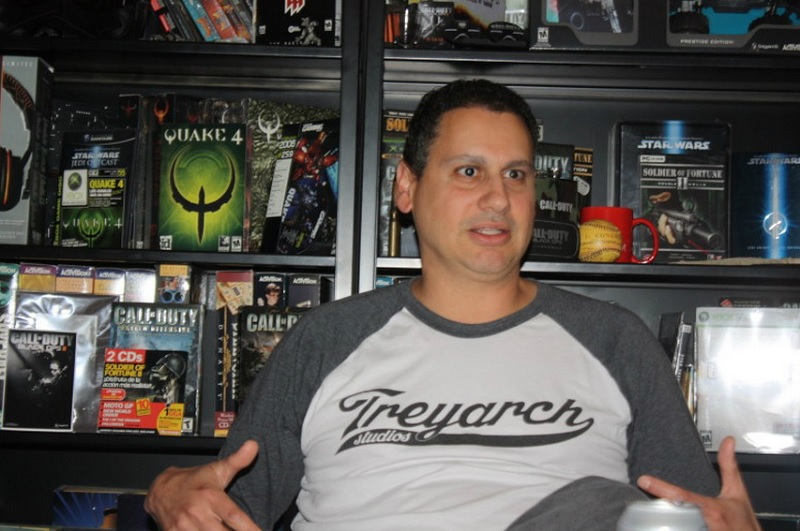 GamesBeat: Why was Black Ops II the most popular Call of Duty? What’s your read on that? Why did it work so well?

Mark Lamia: It starts with the fact that the game delivered on all fronts. It delivered an exciting, fun, epic, dark black ops tale on the campaign side. It had a lot of great things that people loved about it. But also, the fact that it had this deep and very rich multiplayer game that fans still love to play today — David Vonderhaar (multiplayer director at Treyarch) talked a lot about the controls and the tight gameplay loop that we’ve invested in. The depth of gameplay that you get inside that multiplayer is something that people responded to really well. The balance, the craftsmanship of the map design that went hand-in-hand with those controls — people have played it for years. They still play it a lot today. It had layers to it.

That’s something we’ve taken into Black Ops III and built upon. We’ve added more layers for people to discover. We’re adding the specialists and allowing you to progress those characters and characteristics and learn their abilities.

People love the weapons and the fun things you got to play with in Black Ops II. That came from the fiction. That’s at a whole new level now with Black Ops III. The Gunsmith, allowing people to craft the weapon that they want — that idea was so exciting when it came to us, and the manifestation of it is better than I thought it would be. Both the actual crafting of it and the gameplay associated with it, but also the personalization aspect associated with it.

GamesBeat: That brings us to the question I was leading to: How do you top that?

Lamia: You have to top it, right? Black Ops II was, at the time, the best work we’d ever done. For a team, any team, that does that does something that’s a great achievement — for us it was a great achievement to be able to make that game. To come out and make another game, you have to actually set the goal to top yourself. Otherwise I don’t believe you get the kind of focus and energy and attention from a team that you need to be able to create something that is better.

That’s the reason to make Black Ops III, for this team. We love Black Ops II, but we wanted to make something better in every way. Looking at the campaign and adding the online component, looking at multiplayer and seeing that those create a class systems and the things people enjoy and the ability to invest in their character, to be able to manifest that through different kinds of gameplay, that was something important to us. We wanted to bring that to the campaign. It informed a lot of decisions.

All the customization, the gameplay, the choices you get in multiplayer are unparalleled, significantly greater than anything we were ever able to give people in Black Ops II. Extending the movement in really fun ways, without breaking what we thought was great about the movement system — that tight control and the fluid movement you had in Black Ops II – taking it to a whole new level was important.

And then there’s Zombies. It really is three distinct experience that ship in this game called Black Ops — in that case Black Ops II, and now Black Ops III. The decision to layer a player progression system into Zombies now, making it even more rich and adding even more depth for people to enjoy, and then deciding that we wanted to make sure that players could have that experience—Not just “I’m gonna play Zombies tonight, or multiplayer, or campaign,” but to have the freedom, to remove the technological barriers by creating a social system that allows players to enjoy all those games together, since they’re already together — because it’s all one game and all one engine — dealing with all the barriers that people have getting in online to play and allowing them to stay together and have these distinct experiences — I can’t think of another game or form of entertainment where you can have that many different types of distinct experiences all in one package. 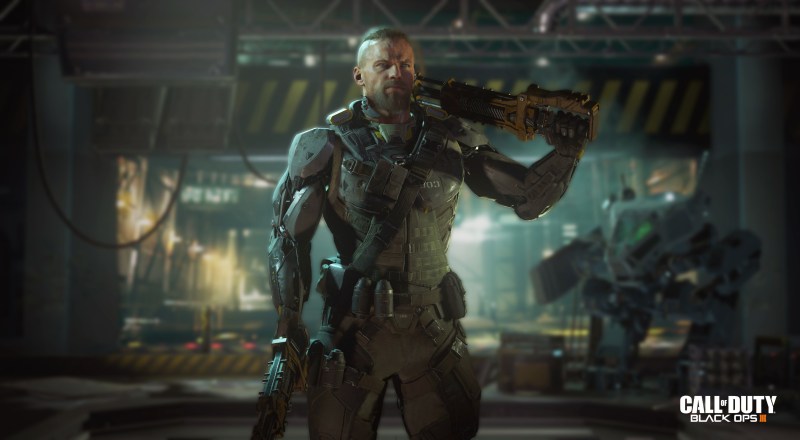 GamesBeat: There’s no question that you guys have very high production values. But some people are going to say, “I’ve seen these things before.” Like wall-running in Titanfall or exo-jumping with Advanced Warfare. We’ve seen a bunch of games with different characters like this. But I wonder what you can point to that you’d say is really going to draw people in and make them say, “Hey, this is worth coming back into Call of Duty again.” The people who might have left since Black Ops II — how are you selling them a game that they want to get back into?

Lamia: I look at all of our features individually, but I think you have to look at them holistically as well. The reason to play Black Ops III is because it is the best-feeling game, the most fun game we could possibly make. Not any one of those features defines it. It’s how they come together. It’s how they feel. They are distinctly different from any of those games out there.

You can extrapolate that question to a higher level and say, “Well, if you’ve played a first-person shooter, why do you play another first-person shooter?” You have to look at how all the systems work together in our game and how we manifest them. The fiction and our design go hand in hand. We’ve pushed our fiction so that we could push our gameplay. We’ve pushed our gameplay, which has pushed our fiction. Those things go so tightly hand in hand.

There’s no experience that’s going to deliver for Black Ops or Black Ops II fans like this game. It builds upon a decade’s worth of experience in this team. It’s the best of everything that we’ve ever had and more. If you liked our past games, you’re going to love this game. It’ll feel comfortable, but there will be new things you’ve never been able to do, things you’ve always wanted to be able to do.

Building out your weapon, giving people the customization and the flexibility and the freedom to personalize what is essentially the thing you do moment to moment in the game. The character you have, whether that’s in campaign—You’re going to invest in your character in the campaign as you play through and upgrade that character and play those campaign levels in different ways. It won’t be the same way that somebody else does that. From a gameplay point of view, but also from a cosmetic point of view, with your achievements and your earnings, you’re going to see your character in the game that way.

That also translates to multiplayer. You’ll have that experience in a way that I don’t believe exists in any other game.