Multiplayer combat in Call of Duty changes with every new release in the first-person shooter series. Sometimes, it seems the changes aren’t that big, but viewed over time, you can see some significant updates and improvements. These decisions helped turn Call of Duty into a multibillion-dollar annual franchise.

Dan Bunting, one of the directors for multiplayer design at Treyarch, put together a synopsis of the evolution of multiplayer in Treyarch’s Call of Duty offerings. In a presentation at the developer’s headquarters in Santa Monica, Calif., Bunting added his perspective to this evolution. Infinity Ward created the first Call of Duty with multiplayer, and Grey Matter Interactive, one of Treyarch’s predecessors, developed multiplayer combat for Call of Duty: United Offensive, which debuted in 2004. After the United Offensive expansion pack shipped, Grey Matter merged with Treyarch.

Bunting said that the original Call of Duty established the basics of movement, with mechanics like jump, crouch, stance change, and aiming down the sight of a weapon. Each of these moves always carried “risk versus reward,” Bunting said. You get powerful advantages, but they may expose you to fire or slow you down. That meant combat, movement, and map design are all linked together, he said.

You could sprint in United Offensive, but you couldn’t shoot. That meant you were exposed. Players had to consider this in battle. United Offensive added vehicular combat, sprint, and grenade-cooking.

“It’s very important to give players control of this moment-to-moment decision-making, this gamble they are taking in risk versus reward,” Bunting said. 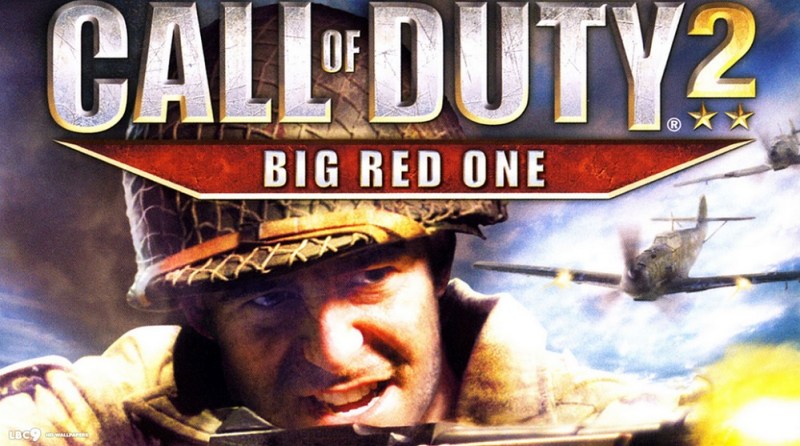 Above: Call of Duty 2: Big Red One introduced regenerative health.

Call of Duty 2 from Infinity Ward introduced regenerative health, which changed combat because it added pressure on cover placement and changed the pace of the game. In 2005, Treyarch launched Call of Duty 2: Big Red One, another expansion pack, with regenerative health. Players could duck behind cover to heal up. That meant the map designers had to include more cover in the maps. The gameplay pace got faster.

“It further cemented the relationship between combat, movement, and map design,” Bunting said. 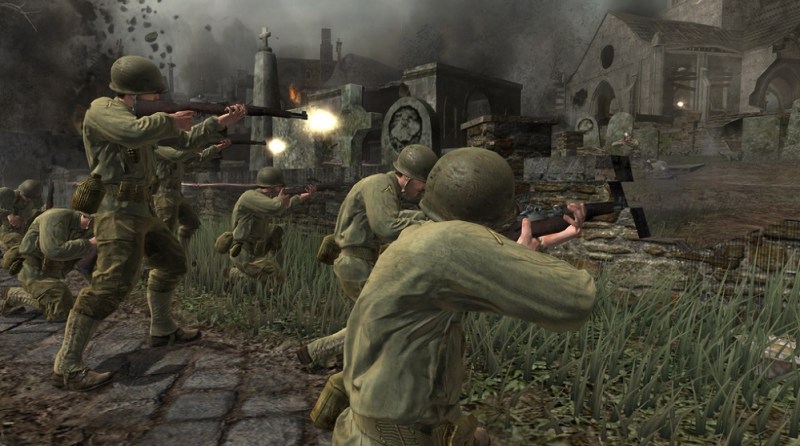 In 2006, Treyarch launched Call of Duty 3. Still set in World War II, the game included some experiments. Players could choose different classes of characters to play. The classes could be easily identified on the battlefield. Team sizes could reach 16 or 24, depending on the console. People could fight in “player matches” that didn’t contribute to overall leaderboard points, or they could fight in “ranked matches” that could contribute to leaderboard scores and unlock achievements. 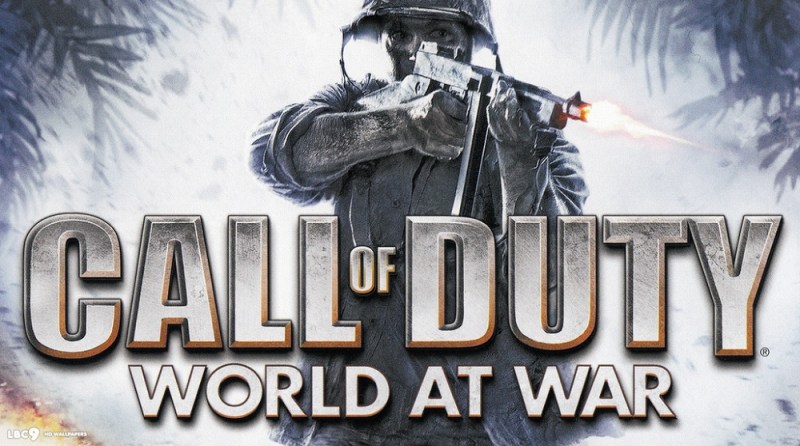 Above: Call of Duty: World at War was the last World War II game for Treyarch.

In 2007, Call of Duty 4: Modern Warfare from Infinity Ward introduced “create a class. In 2008, Treyarch’s Call of Duty: World at War also used “create a class,” which let players customize the kits that their soldiers carried into combat. They could customize a soldier to carry the gear of a sniper or an assault fighter. It also introduced combat perks, another way for players to customize their characters for better survival in multiplayer.

And when players racked up multiple kills in a row, they could take advantage of “killstreak rewards” that could be used to make a big impact on the tide of the battle. You could call in a recon plane, show enemies on the minimap, or send attack dogs at the enemy. The game also had cooperative gameplay via split screen on consoles or with four players online. Plus, World at War had a hidden reward: Nazi zombies. You could play co-op and try to mow down hordes of zombies coming at you. That was a huge risk since zombies had nothing to do with the storyline of traditional Call of Duty offerings. Mark Lamia, head of Treyarch, recalled how the team slowly built the zombies gameplay, and members of the group and executive staff slowly came around to support it. It was risky in part because Treyarch was behind schedule, and Lamia almost canceled the project. But it turned out to be a huge hit.

“That was a pivotal year, as we started to refine and better understand map design,” Bunting said. “We added three-lane structures to maps, times to engagement, and refined our view of keeping players in head-to-head combat.” 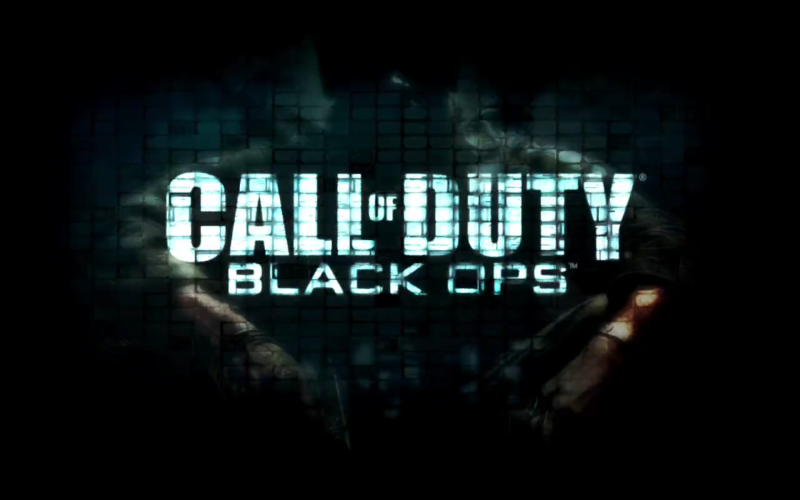 Above: Call of Duty: Black Ops was another Treyarch project.

With 2010, Treyarch hit the big time with Call of Duty: Black Ops, which was set in the ’60s. Call of Duty: Modern Warfare 2 had come out the year before, and it was very fast and very lethal.

“For us, it was a little bit too lethal,” Bunting said. “We liked more of the slower pace, a little bit more of the dance, or the cat-and-mouse game, where players could feel sneaky and smart. So we started to branch our own philosophies about multiplayer away from the other games in the franchise.”

Black Ops introduced the “dive to prone” move where you could dive and get behind cover quickly. It once again showed that player movement and map design went hand in hand.

The game also introduced the hilarious zombies co-op play where presidents and politicians — like John F. Kennedy, Richard Nixon, Robert McNamara, and Fidel Castro — fight off zombies at the Pentagon.

And Treyarch allowed players to create emblems, put them on their guns, and show them off in killcams. Characters had face paint. And their appearances changed based on perk selections. 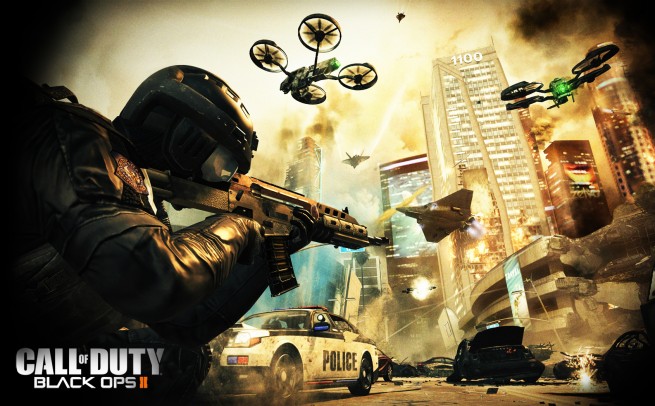 Above: Call of Duty: Black Ops II was another blockbuster sequel in the first-person shooter franchise.

In 2012, Treyarch introduced Call of Duty: Black Ops II. The game became the best-selling Call of Duty release ever. It took the franchise into the future, set in the year 2025. A lot of cool new weapons and vehicles were available, which led to a more lethal battlefield. A new zombies mode resembled a full campaign.

“This was where we had a mastery of our own rules,” Bunting said. “We kept the combat tight, predictable. We had engagement distances that were very satisfying. We had Pick 10 with our own flavor of ‘create a class.'”

Treyarch also modified the in-game “killstreaks” to become “scorestreaks.” Now, the goal of multiplayer wasn’t just to get kills. It was to help your team. The scorestreaks rewarded people who earned points by helping others, such as holding down a control point. The lone wolf didn’t always win anymore.

“To this day, Black Ops II is the most-played game in the franchise,” Bunting said. 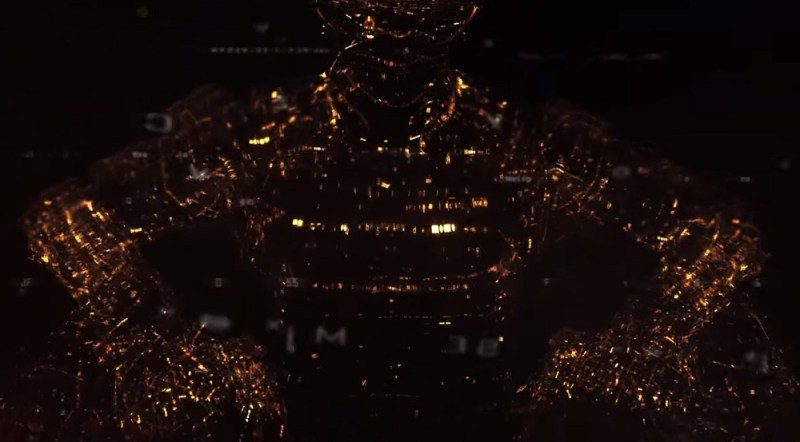 Above: Call of Duty: Black Ops III is the next entry in Activision’s popular series.

Now, Treyarch is talking about Call of Duty: Black Ops III. The title introduces a “guns up” philosophy, where you can still shoot even while you are performing moves like jumping into the air or mantling over obstacles. The motions are fluid, and you can chain them together with other actions. You can sprint for as long as possible, mantle, jump, and even change directions in mid-air. All the while, you’ll have full combat control, said David Vonderhaar, design director at Treyarch.

You have a thrust-assisted jump, where you can jump into the air with a kind of jet-pack boost. The old “dive to prone” move has been replaced with a power slide, where you can slide and shoot at the same time. You can also swim and fire weapons underwater. You can craft your own emblems in a “gunsmith” feature. And now, you can decorate your weapon to your heart’s content.

And you can also play different classes of specialist characters again. The Seraph character has a giant pistol. The Outrider has a bow with explosive-tipped arrows. The Ruin character has “gravity spikes” that kill anyone nearby as the character slams the spikes into the ground. And the Reaper, a combat robot, has a minigun on his arm and can rewind time by a few seconds.

“It was truly 10 years in the making,” Bunting said. “We have our own brand of Black Ops multiplayer.”