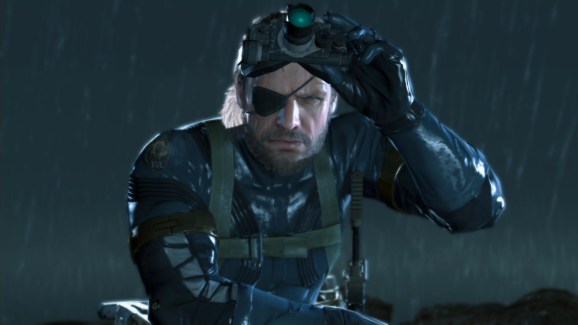 Big Boss in a good game.

As if we weren’t already questioning Konami’s future, now we have this.

The video game developer and publisher has voluntarily delisted itself from the New York Stock Exchange. Konami revealed in a press release that it filed for the delisting on April 14, and it became effective Friday. The Japanese company said that it still plans to disclose financial statements in English on its website.

This all comes after a rough month for Konami that started when it had a falling-out with Metal Gear director Hideo Kojima. He’s staying with the company to finish Metal Gear Solid V: The Phantom Pain, which comes out on Sept. 1 for PlayStation 4, Xbox One, PlayStation 3, Xbox 360, and PC. It seems unlikely that he’ll stay at the publisher after that. Just today, Konami officially cancelled another Kojima project, Silent Hills.

Konami, however, claims that the delisting is just about about changing financial policies in the U.S. and Japan:

The company listed its ADSs on the NYSE in September 2002 mainly to diversify its opportunities for fund-raising and to raise the visibility of the Konami brand. Since then, the company has made efforts to enhance disclosures for shareholders and investors with the goal of deepening their understanding of the company, in addition to complying with the disclosure requirements of U.S. securities laws and regulations, providing consolidated financial statements in accordance with accounting principles generally accepted in the United States (“U.S. GAAP”), and establishing internal controls in accordance with the Sarbanes-Oxley Act of 2002.

Meanwhile, the external environment has significantly changed as indicated by the increases in trading volume of Japanese stocks through stock exchanges in Japan by overseas investors due to the internationalization of the Japanese financial and capital markets, as well as the narrowing of the gap between U.S. and Japanese disclosure standards with respect to financial reporting due to a series of amendments to Japanese laws and regulations and accounting standards.

While the company believes the initial objectives of the U.S. ADS listing were mainly achieved, it has judged that the continued listing on the NYSE is not economically justified, taking into account the market changes as stated above and the fact that the trading volume of its ADSs on the NYSE accounts for only a small fraction of the total trading volume of its shares. Therefore, the company has decided to apply for voluntary delisting of its ADSs from the NYSE and for termination of registration of its ADSs with the U.S. Securities and Exchange Commission (the “SEC”) under the Exchange Act.

Still, the timing is a bit odd. It’s certainly a busy month for the Japanese publisher. All of this, including the delisting, makes us even more sure that Konami’s future won’t include triple-A game development for consoles.