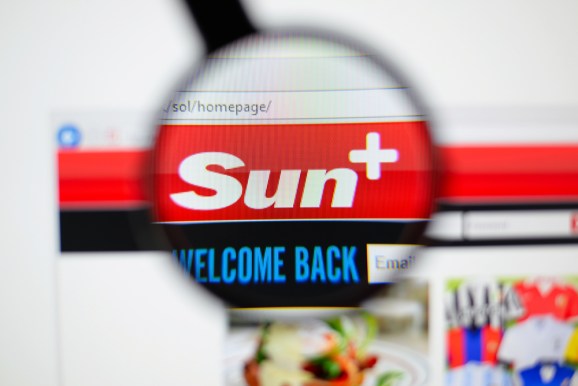 The U.K. red-top follows in the footsteps of a number of high-profile international news organizations — including the Guardian, the Washington Post, and Globe and Mail — to adopt SecureDrop, the open source software developed by activist Aaron Swartz and Kevin Poulsen.

As with many tabloids, the Sun has courted much controversy in the past over its sensationalist headlines and stories, but it has also been the source of many “scoops” that have embarrassed politicians, sports starts, and others in the public eye.

One of these was politician and Member of Parliament Andrew Mitchell, who had reportedly called police officers “plebs,” a derogatory word for those of a lower social class, in a case that made front-page headlines and TV news bulletins across the country.

The Sun based its report on a tip-off from someone within the police force, but using laws enabled by the Regulation of Investigatory Powers Act (RIPA), the authorities accessed the phone and text records of reporters to help identify the person who leaked the information to the newspaper. It’s against this backdrop that the Sun is launching its so-called “Whistleblowers’ Charter.”

“The Met [Metropolitan Police] embarked on a two-year witch-hunt costing £296,000 — despite already knowing no criminal activity had taken place,” the Sun says. “The draconian RIPA law allowing police to eavesdrop without a judge’s approval was only meant for use against terrorists and the most serious crimes — not reporters.”

So anyone wishing to pass on information to the Sun can download the Tor browser to access the Sun’s SecureDrop portal, where anyone can upload files and messages which are then encrypted to give a reasonable degree of certainty that they can’t be traced.

This shift signals a growing tension between the media organizations and governments of the world. Just last week, WikiLeaks launched a similar system for whistleblowers, which include an encrypted online instant-messaging app. And the Guardian’s move to SecureDrop last year came a year to the day after it first published documents from NSA whistleblower Edward Snowden.

In a not-so-subtle dig at the U.K. authorities, the Sun says of its new SecureDrop system: “It is the same system exploited by dissidents in oppressive regimes to mask their identity and location so they can contact the outside world safely. “