VentureBeat recently released their latest report on social media management, analyzing social activity, tools and trends. The report is all-inclusive, spanning over 120 pages of comprehensive analysis, but one section of the report that scintillatingly presents itself is in regards to major brands using Twitter…or not using Twitter.

To initially gather the data, VB monitored 1,600 Twitter accounts of major brands such as the ones seen below: 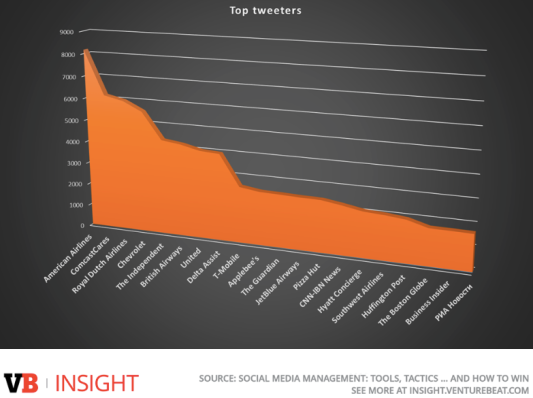 Over a total of 9 days, more than 250,000 tweets were recorded across the aforementioned 1,600 accounts. While all of the data collected during this test can be accessed here, I want to specifically highlight the usage results of the tweets and brands.

The number is 839 out of 1,600. That means that 47.6 percent of brands did not tweet over the course of 9 days. The initial reaction is that the data can’t be right as the percentage sounds staggeringly low.

Want to learn more?
Join us for our Social Media Management webinar.

Now, the purpose of this article is not to be overly negative on Twitter, as we live in a world where consumers will read 499 positive reviews on a product, and 1 negative review and be more impacted by the 1 negative review, so let’s make sure we consider all the angles here.

First, 52.4 percent of major brands are tweeting consistently. That’s not a bad percentage when you think about how disruptive a platform like Twitter is versus how sluggish big brands move and are often (justifiably) slow to adopt new trends (although Twitter isn’t really a new trend in the realm of social). The truth is, not every major brand has to be consistently active on Twitter to hit revenue targets and have happy customers, and that’s ok.

Second, the brands that love Twitter really love Twitter. Of the 1,600 accounts that were monitored, 80 percent of all tweets came from 219 brands. The brands with the most amount of Twitter activity even managed to tweet over 1,600 times in 9 days, which is an average of 177 tweets per day…that’s a lot of conversation! These accounts though tend to use Twitter more for customer communication as opposed to marketing.

Third, individual brand strategies vary quite a bit. Each industry has its own target market, and that market behaves differently. For instance, Mountain Dew’s target market is quite different than Liberty Mutual, hence they’ll spend more time where their customers are the most engaged. In regards to social, that could be Twitter, Facebook, Snapchat, Instagram, Pinterest, LinkedIn…etc

Fourth, just because a brand isn’t tweeting actively on Twitter it doesn’t mean they aren’t using the platform. For some brands, Twitter’s paid options provide a much more meaningful use of time and resources comparatively to organic activity.

Fifth, some brands use Twitter sporadically or for promotions and seasonal events.

Now, according to VentureBeat’s report, the top 10 tweeting brands during their 9 day monitoring includes:

So as a marketer, you need to ask yourself a few questions.

Twitter’s current stats according to their website project the following usage stats: 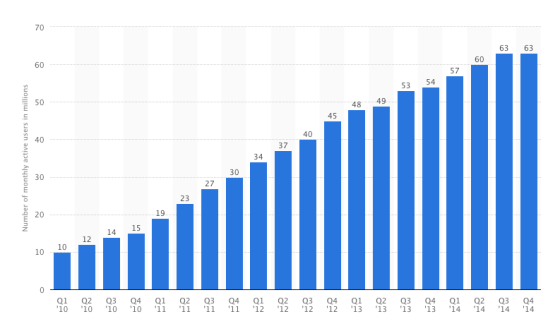 For those focused domestically, that means that there are approximately 63 million active users in the U.S. according to Statista. Are they for you?