The stylish new LG G4 boasts a lot of cool new features, so we had to get our hands on it. This is what we saw:

The LG G4 talks a big game with its new camera and its F1.8 lens. Up close we saw that the lens does exceptionally well in low-light situations. 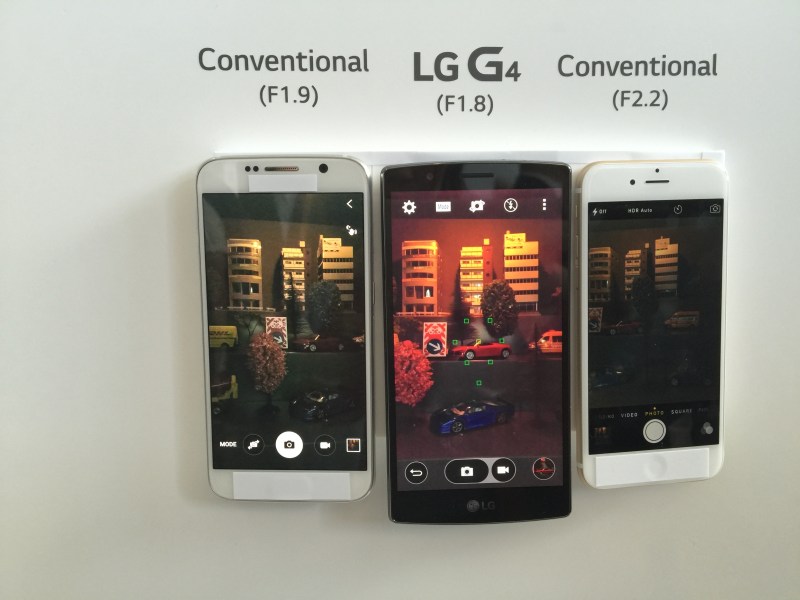 The G4 is the center camera, and you can see from this image how much brighter and more saturated its color is than the two competing phones on either side. When I took it for a test run, I also noticed that it compensates for backlit subjects really well, which helps in especially sunny situations.

Perhaps the coolest aspect are the three camera modes: simple, auto, and manual. Simple offers users a totally stripped-down camera phone — no settings, no nothing, just click a button and you’ve taken a picture. The Auto setting gives users a bit more control, like the ability to turn on the flash and switch between the phone’s front and rear cameras.

But Manual is really what this phone is all about. When you select the Manual setting you are immediately presented with an array of options at the bottom of the phone, including white balance, manual focus, zoom, ISO, shutter speed, and AEL, which locks the exposure when you’re changing a shot. When you select any of these features, a meter appears on the side of the screen and you can scroll between pretty refined settings.

This is perhaps the phone’s biggest selling point, and it hits the mark. Plus, the user interface is very easy to use. 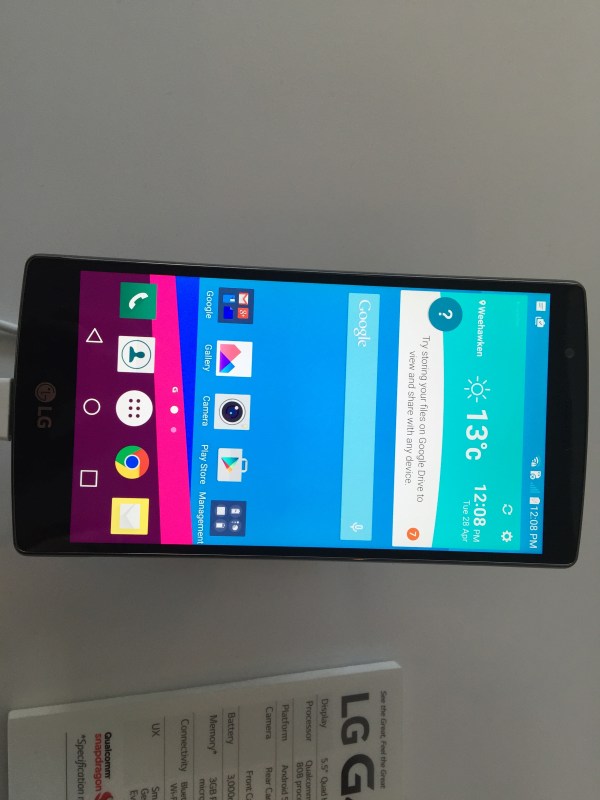 Full disclosure: I am an iPhone owner and as such I am baffled by all things Android. That said, I found this interface beyond simple to use. The home screen is a curated selection of apps, including Google work apps, the camera, the Google Play Store, and other tools. To see all your apps you can click on the white dot in the middle of your menu bar. Alternatively there is a prominent search bar in the middle of the screen. 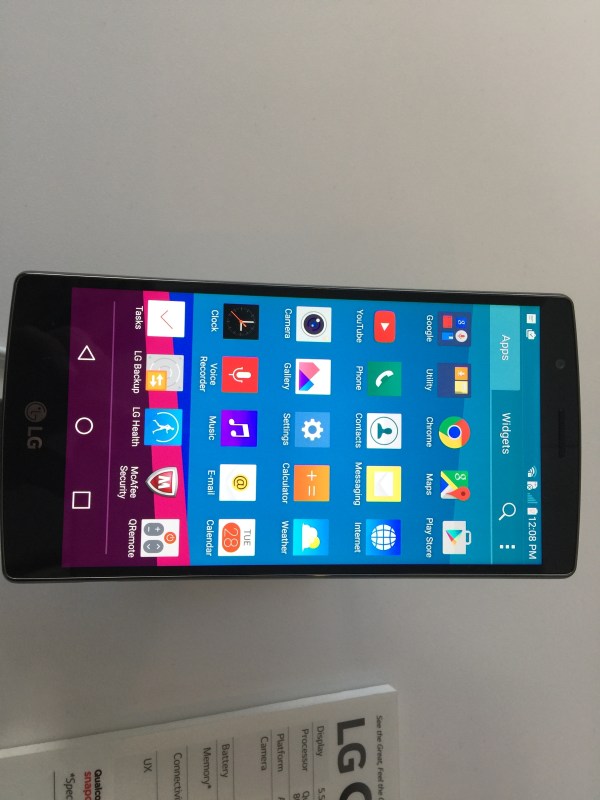 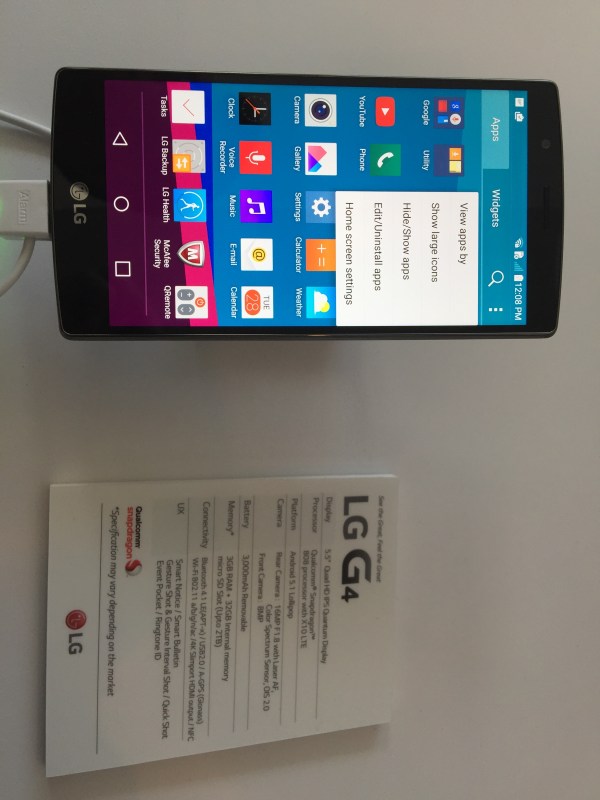 You find the tool that allows you to organize your apps pretty easily.

Swiping to the right reveals LG’s smart bulletin, a feed of things like weather, health updates, and your schedule for the day. While helpful, you can easily turn off the smart bulletin if it’s not your cup of tea. 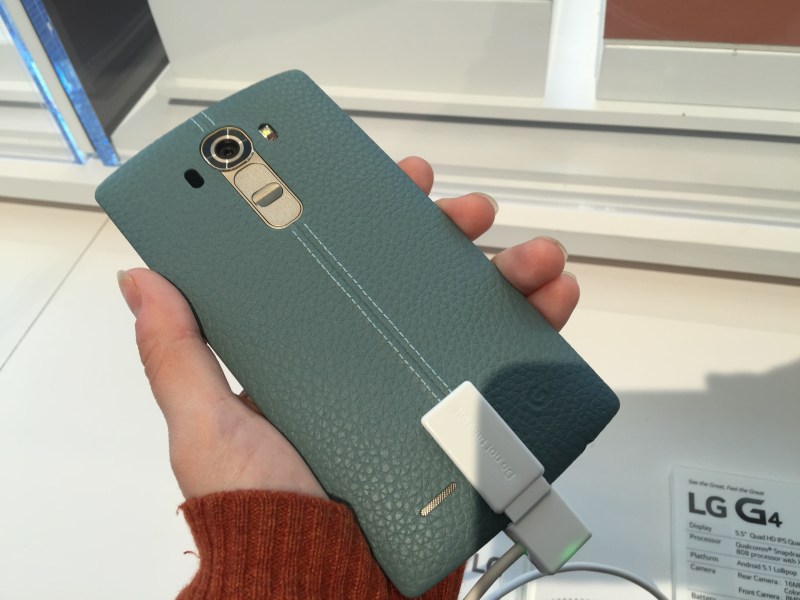 The LG G4 has a nice feel to it, and the leather does look sleek — it’s not the softest I’ve ever felt, but it does feel nice to the touch and really gives the phone an element of luxury. And the phone’s curved back does allow it to fit more comfortably in your hand. 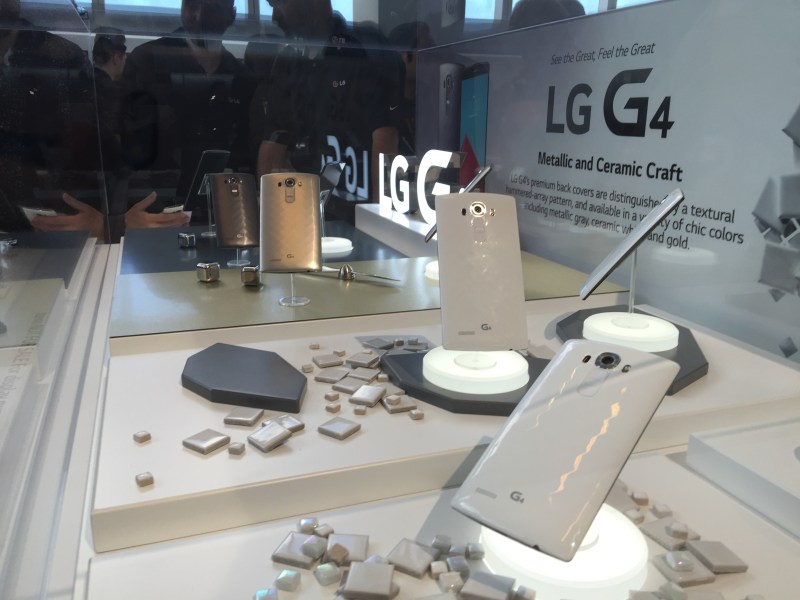 The plastic-backed phones are not as nice-looking as their leather counterparts. They’re fine aesthetically, but for consumers who are becoming accustomed to metal-backed phones, plastic may not cut it. 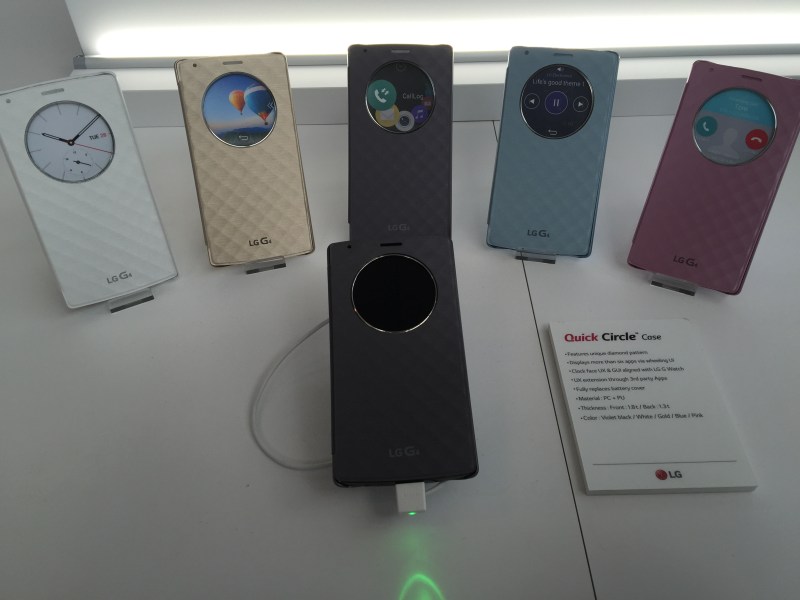 The new LG comes with an interesting new case. It completely covers the phone except for a circle at the top. When you double-tap on that circle, it reveals a digital display of an analog clock. Spinning your finger around the circle reveals little circular app icons, giving users access to their phone while it’s still covered up. Frankly, it feels like the red-headed stepchild of a smartwatch and a smartphone. Could this be LG’s way of getting its users into the mindset of owning a smartwatch? Perhaps the G4 smartwatch Urbane? Likely.

Overall, the LG G4 impressed me with its simple interface and cool new camera controls. Keep an eye out for this device in June, when both Sprint and U.S. Cellular will be making the phone available in the U.S.