The beautiful visuals of The Order: 1886 by developer Ready At Dawn.

PlayStation 4 exclusive The Order: 1886 is the latest marquee video game with a story that could have come from your local cineplex.

Ready at Dawn’s third-person shooter presents itself as a movie — down to its letter-boxed presentation. Yet capturing its realistic character performances required an unconventional approach. To find out more about this process, I spoke with veteran actors Steve West and Alice Coulthard, along with creative director Ru Weerasuriya, who worked on The Order. They all gave me great insight on what it’s like to star in a game — that feels very much like a film. 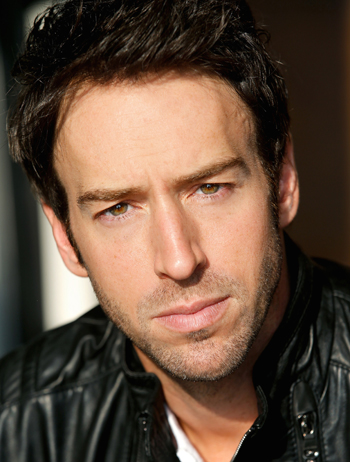 Above: Steve West portrayed Sir Galahad in The Order: 1886.

“This game is … my first performance capture on this sort of grand scale,” West said. “Coming into this, over the last couple of years, it’s been a whole different world that I haven’t experienced to this sort of technical level.”

The Order was Coulthard’s first foray into gaming. “You definitely have to employ more imagination than you probably have to in any other kind of performance,” she said. “It’s all new for me. I’ve never done anything to do with computer games.”

The many skills of The Order

West, who played the grizzled protagonist Sir Galahad, and Coulthard, who portrayed the capable Lady Igraine, both have experience in theatre, film, and television. Those backgrounds helped them overcome the distinctive challenges that arise when acting for a game.

Weerasuriya casted the performers after noticing they had key traits that he wanted to see in the main heroes of his ambitious undertaking. “[West] has a way of delivering lines and the way he actually speaks — it seems like he’s … hiding something. … There’s something behind the facade. It was really cool to actually have Steve just speak.”

He continued, “For [Coulthard] it was very different I think. … She wasn’t hiding. This was who she was. … Everything she said was really about who she was. … She had little emotions in her face like little smirks, little eyebrow raises, and all that stuff that perfectly fit the character of [Igraine].”

Coulthard had to tap into her broad perspective for her role. “It’s kind of in between [screen acting and theatre acting]. You have to employ different skills that you’ve learned from all the other areas of performance that you’ve been involved in before,” she said. “You have to be far more physical. Your movements have to be much larger than they do onscreen in the way that theatre has to be. But then, you do have cameras on you, so you have to be aware of your space and where you’re facing. And your voice is obviously being recorded.”

With The Order’s heavy reliance on detailed, emotive characters, the title required an advanced system to capture its actors’ performances. Weerasuriya described the process. “We had some notion of how we were going to do motion capture, but we didn’t have a good pipeline in place because this was our first game to do it.” The new system Ready at Dawn developed was both standard and unique. “There were the traditional suits and systems that … Sony San Diego basically has set up in their facility. We used that system,” Weerasuriya said. “When we started doing facial capture, especially with the kind of facial capture and facial delivery that we wanted, we realized that we had to go a little further beyond what we had seen in the past.”

West highlighted the special gear he and Coulthard wore that gave developers the data they needed to recreate the scenes in the game. “Technically, what you wear — that whole suiting up aspect and the camera on your head with a mini-camera in your face with the lights — that’s alien to both of us,” he said.

Coulthard had her own take on the tech-heavy outfit. “There’s no calling a makeup artist over. … You’re wearing this ridiculous suit. And nobody looks good on those cameras because … of the way it captures your face, and you have green dots all over your face,” she said. “You have to let go of how you look.” 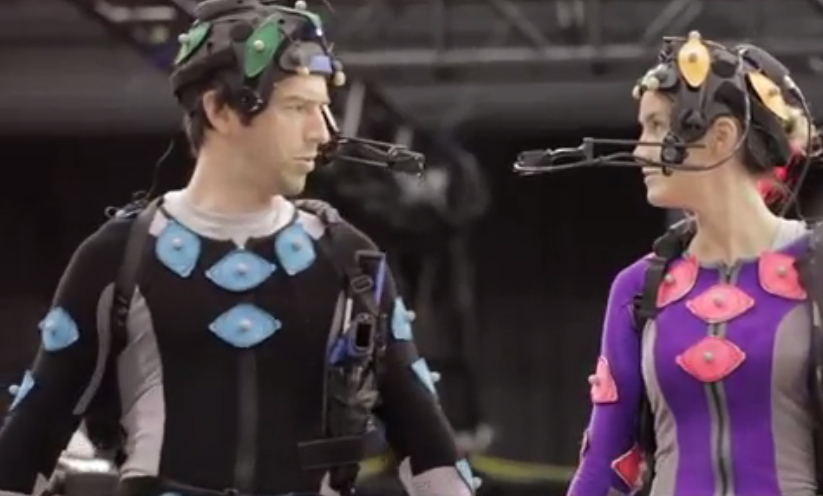 Above: Actors had to wear special suits so that developers could capture their performances.

The actors didn’t just voice their parts. They acted out each moment in The Order’s dark, alternate-history plot, which contributed to the game’s convincing cinematic style.

“You’re running around, creating this world, which is totally reliant on you and the people that you’re performing with, and the direction, obviously,” Coulthard said.

Ready at Dawn could use the captured data to set scenes up in many different ways, requiring the acting talent to always be in character when shooting. “It was interesting to tell these actors that they could not drop their performances at any time during the scene,” Weerasuriya said. “Oftentimes when you’re on TV and on movie sets … if you’re not on shot … you might not have to really act outside of where you’re being framed. And I had to tell every actor, ‘You have to act all the time, everywhere.’”

He added, “They had to know that any given time, we might actually set up a camera that looks at their face, and therefore, they had no room for being out of their role.”

West elaborated, “There is no set. … It’s really a lot to do with you projecting that world on this big, vast empty sound stage.”

Unlike with typical TV or movie productions, West and Coulthard wore their capture suits during the entire shoot. “There’s nothing to fall back on. No costumes to get you into character or sets to remind you where you’re supposed to be,” Coulthard said. “You really have to let yourself go more imaginatively, which I really enjoyed.”