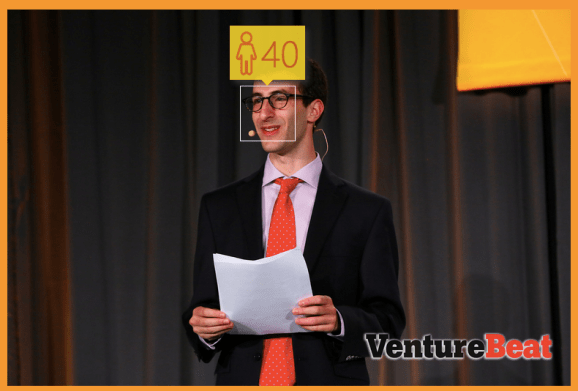 My Twitter timeline just blew up with selfies with boxes hovering above faces guessing how old people are, thanks to a demo app Microsoft showed off today to prove its face-recognition savvy — or lack thereof.

“It’s a really fun API [application programming interface] that allows you to submit pictures, detect faces in that, and tells you an estimate of their age and gender,” Microsoft corporate vice president Joseph Sirosh said onstage at Microsoft’s Build conference in San Francisco today.

Sirosh told everyone at the conference — in the crowd and online — to check out the app, at how-old.net, which uses Microsoft’s Face API. Lots of people gave it a try. But instead of generating a whole bunch of “wow” remarks on Twitter, the demo was sort of a flop. People complained how far off the estimates were — and then started making fun of it.

See for yourself, starting with the real ones and then the mockeries:

Oh dear, might have to shave the damn beard. pic.twitter.com/qUxO4paXMx

THANKS FOR NOTHING MICROSOFT #Build2015 pic.twitter.com/l4xd7fYCZn

Microsoft…really need to work on those algorithms, didnt even find my face. pic.twitter.com/rkSKfaie1y