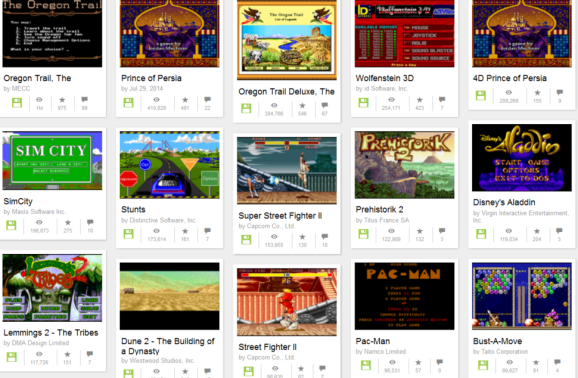 Back in January, news emerged that the Internet Archive’s treasure trove of historical content was to include a vast swathe of MS-DOS computer games, such as The Oregon Trail and Prince of Persia, which could be embedded and played in any browser. If that in itself wasn’t cool enough, it turns out that the games can actually be embedded and played directly within a tweet, too.

Pretty neat, you can play the Internet Archive's MS-DOS library of games directly in a tweet https://t.co/bBVqF7LhQr

While this may have always been possible since the Internet Archive launched its MS-DOS software library, the feature has only recently come to light, as reported by Wired.

The Internet Archive is a not-for-profit online library that’s seeking to document, digitize, and archive a myriad of materials, covering pictures, music, applications, websites, and games.

While Twitter started life as a simple social network for sharing 140 characters of text, it has evolved into a rich-media platform that lets you interact with videos and pictures and now play MS-DOS games from the Internet Archive.

To use this feature, all you need to do is copy a URL from any of the thousands of games on offer, paste it into a tweet, and you’re good to go. From our tests, it works in both the web version of Twitter and in the TweetDeck client, but it didn’t work on mobile. The games are controlled using the keys on your keyboard, so it may take a little getting used to.