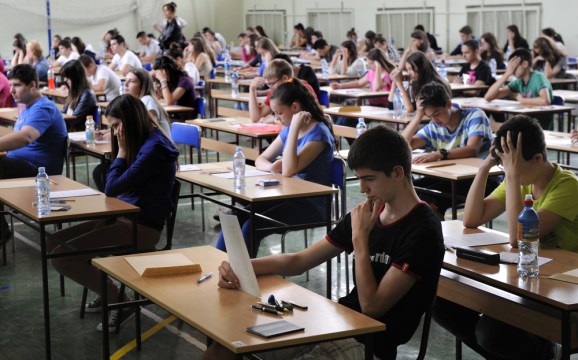 The head of a U.K.-based exam authority has said it’s inevitable that students will be allowed to use the Internet in exams.

Mark Dawe, chief executive of OCR, an exam board that provides qualifications for pre-college age children in parts of the U.K., made the remarks during a BBC Radio 4 news program.

“Exams are for assessing what students have learnt,” said Dawe. “We’re seeing students use search engines more when they’re learning, and exams are also for preparing for employment or further study. You should still need a base understanding of things, though.”

Dawe said that exams should reflect how students learn in the real world — and there is little question that students use Google, Wikipedia, and the like to garner “facts” related to their studies.

On the surface, Dawe’s remarks don’t really address the main concerns, though, in that by giving pupils access to the Internet in an exam situation, then they don’t have to learn anything. For the same reason that most educational bodies don’t let you take in course textbooks, exams are supposed to be where you show what you have learned.

But digging a little deeper into the comments, it seems that Dawe is only advocating the use of it in some exams. So, if a requirement of the exam was to test students on how many wives Henry VIII of England had, then the Internet would not be allowed. He also said that exam questions could be constructed differently to cater for Google.

“When you’re asking questions where you know there’s going to be access to the Internet, you ask different questions,” continued Dawe. “It’s about interpretation, discussion, and application.”

Though he doesn’t think that the Internet will be ushered into exams any time soon, he does say that it’s “inevitable” one day. The Campaign for Real Education (CRE), a U.K. pressure group for higher standards in education, called Dawe’s comments “nonsense.”

“Nobody is going to give much credibility to an exam which is done by searching Google,” said chairman Chris McGovern.

Of course, some exams already allow computers of sorts to be used — those who have studied mathematics or other science-based courses will know that you’re usually allowed to bring in a scientific calculator to perform the heavy number-crunching, leaving the student to concentrate on figuring out what equations need to be used and applying their knowledge. So could this ethos be translated into other subject areas, where the Internet does the heavy lifting, and the student pulls everything together and applies their pre-attained skills?

There is actually a handful of precedents already where students were permitted full access to the Internet. Back in 2009, 14 Danish schools allowed pupils to use the Internet during exams as part of a pilot project. During a Danish language exam, the assignments were adapted to allow the use of online resources.

The questions couldn’t be straightforward with easy answers; there had to be a level of complexity to them that involved thinking and connecting the dots. In other words, it could actually improve exams if it’s less about regurgitating facts and more about analyzing information.

One of the teachers said at the time:

We are pulling the real world into the school world by using this type of exam. Pupils are already using various electronic references when doing their homework in their own rooms. So why not make the exam as close to reality as possible?

There was also a text recognition tool that was used to identify any student that lifted passages directly from the Internet, picking up on any four words that were used in the same order. But it’s difficult to imagine that this system is foolproof, given how easy it is to simply paraphrase and rewrite what’s already out there.

In an age where Internet-enabled technology is increasingly used to help in education, it’s only natural that people will start to press to bring Google, Wikipedia, and all the rest into the exam hall. But for many, that’s probably a step too far for now.