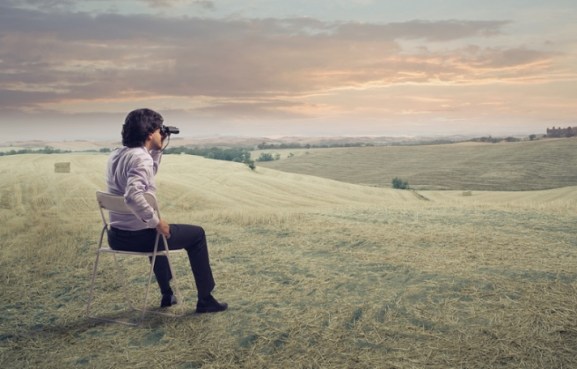 Image Credit: Ollyy / Shutterstock
“Text analytics” is a term for software and business processes that apply natural language processing (NLP) to extract business insights from social, online, and enterprise text sources. The context: Paul and I were in a taxi to the airport following the 2013 Clarabridge Customer Connections conference.

Clarabridge is a text-analytics provider that specializes in customer experience management (CEM). CEM is an extremely beneficial approach to measuring and optimizing business-customer interactions, if you accept research such as Harvard Business Review’s 2014 study, Lessons from the Leading Edge of Customer Experience Management. Witness the outperform stats reported in tables such as the one to the right.

Authorities including “CX Transformist” Bruce Temkin will tell you that CEM is a must-do and that text analytics is essential to CEM (or should that be CXM?) done right. So will Clarabridge and rivals that include Attensity, InMoment, MaritzCX, Medallia, NetBase, newBrandAnalytics, NICE, SAS, Synthesio, and Verint. Each has text analytics capabilities, whether the company’s own or licensed from a third-party provider. Their text analytics extracts brands, product/service, and feature mentions and attributes, as well as customer sentiment, from social postings, survey responses, online reviews, and other “voice of the customer” sources.

[Disclosure: Attensity, Clarabridge, NetBase, SAS, and Verint have either sponsored my Sentiment Analysis Symposium conference or my Text Analytics 2014 market study or hired me as a consultant.]

So why haven’t we seen any software companies — text analytics providers, or companies whose solutions or services are text-analytics reliant — started since 2003 and valued at $1 billion or more? I’m applying Aileen Lee’s 2013 “unicorn” definition; there have been no text analytics unicorns, even counting, beyond Lee’s definition, non-U.S. based companies. Pivotal, whose tech suite includes the Greenplum analytical database system and Hadoop solutions, comes closest but really isn’t text-y enough to include. Autonomy, bought by HP in 2011 at an $11.7 billion valuation although subsequently seen as worth much less (HP wrote off $8.8 billion in 2012), was founded in 1996.

(Of the companies I named above, NICE and Verint are publicly traded with multibillion market valuations, based on broad product lines, and privately held SAS, founded in 1976, with over $3 billion in 2014 revenue, could go public valued at a respectable revenue multiple.)

Clarabridge could well be the first text analytics unicorn. A September 2013 $80 million equity investment has funded market expansion and a revenue-boosting acquisition that have helped set the stage for a high-valuation IPO. With 2014 revenue that I’d guesstimate at $60-75 million, Clarabridge could soon hit the unicorn mark, although CEO Sid Banerjee is evidently not in a hurry to go public.

NetBase is another candidate, a provider of “enterprise-scale social media analytics” that touts “the NLP advantage.” NetBase did a $24 million Series E round in March, following close on the heels of a $15.2 million July 2014 Series D expansion round. But $50 million in 2014 funding puts Medallia at a $105 million total, twice NetBase’s $51.8 million total to date, perhaps making Medallia a likelier candidate.

It’s safe to say that whoever goes first — Clarabridge, NetBase, Medallia, or some other — a successful IPO, or additional funding at a $1 billion+ valuation — will prime the market for more to follow.

NLP and text analytics are central to high-performance solutions in fields that range from market research and marketing to politics and policy (which are governmental versions of MR and marketing), to national security and intelligence (which grapple with government’s dark side), and to life sciences and clinical medicine (ah! — a field that contributes something positive to life experience).

Most software-industry giants — elsewhere-focused companies whose tech stacks include text analytics — own text technologies and solutions that, if spun out, could or would hit the mark. I count among them search giants Google, Microsoft, Yahoo, and (ahem) HP Autonomy, enterprise IT master IBM, and analytics leader SAS (cited above). A few others bigs — Bloomberg, SAP, enterprise information management stars EMC and OpenText, Dassault Systèmes, Oracle, SRA (NetOwl) — also have high-value text analytics in their portfolios.

That’s quite a few, as you’d expect for what’s now a multibillion dollar market. (I estimated that sales attributable to text analytics crossed the annual $1 billion mark in 2011.) It’s an active domain The investments section of my recent Text Analytics 2015 article listed 19 funding/M&A events. Last year’s top-valued takeover was Verint’s purchase of customer-service solution vendor KANA. Only a minority of the $514 million purchase price can be attributed to KANA’s text analytics. The $90 million Attensity investment, while large, was likely for a high proportion of company ownership, based on a valuation far, far, far below the magic $1 billion mark.

The unicorn candidates I cited above focus on customer experience. In other domains — military/intelligence, financial services, life sciences — text analytics/solution companies to watch include Basis Technology*, Digimind, Digital Reasoning*, Lexalytics*, Linguamatics, and RapidMiner* (who get special plaudits for their sense of humor, viz the photo at right), although I wouldn’t rate them anywhere close to $1 billion in valuation. Companies with potential to grow rapidly include Decooda, Kanjoya, and Luminoso*. There are others in both categories, plus companies that are advancing at a slower pace. (Add the starred companies to my disclosures list.)

Where Are the Text Analytics Unicorns?

I’ve named lots of companies. Is market fragmentation — a pie sliced into too many pieces — to blame for the lack of breakaway winners? Possibly.

The availability of capable free, open source technologies — GATE, Python NLTK, R, StanfordNLP, and other packages — is surely a factor, but one that cuts both ways. Open source lowers market-entry barriers. Companies such as Attivio and Luminioso have exploited open source to rocket into the market.

Did the HP-Autonomy debacle dampen investor enthusiasm? No, I don’t think so. Even post write-down, the Autonomy portion of HP still values high.

I also doubt that competition from the large-to-huge companies I named — SAS, IBM, Google, etc. — is at fault. Some of them are even potential business partners or acquirers — and therefore value boosters — of smaller, more recent entrants. Witness IBM’s purchase of AlchemyAPI in March and SAP’s 2011 deal to resell NetBase social media analytics.

Some companies — Europe-based, Europe-focused providers such as Temis — are held back by business conditions, but that’s not a problem for most in the space.

Does text analytics deliver too little enterprise value, as measured by sales revenue and revenue growth, to justify high valuations for companies whose primary focus is text analytics? Probably. That’s why companies such as Clarabridge have redefined themselves as business solution providers.

Is the hold-back that company CEOs are too geeky, that they’re anti-Travis Kalanicks? (“It’s hard to be a disrupter and not be an asshole.”) (Ex-Autonomy CEO Michael Lynch is the exception who proves the text-analytics rule.) Yup, I’d say so.

In the end, the answer is a very basic one. Contrast the text analytics sector with unicorns that include Uber — Travis Kalanick’s company — and Airbnb, Evernote, Flipkart, Square, Pinterest, and their ilk. They play to mass markets — they’re a magic mix of revenue, data, platform, and pizazz — in ways that text analytics doesn’t. The tech companies on the unicorn list — Cloudera, MongoDB, Pivotal — provide or support essential infrastructure that covers a broad set of needs.

So slow and steady — text analytics — wins the race, right? No, not the valuation race. But it competes. Just give it a year: 2016, I predict. Meanwhile, let’s keep building great tech!

Seth Grimes is an analytics strategy consultant with Washington DC based Alta Plana Corporation. He is founding chair of the Text Analytics Summit (2005-13), the Sentiment Analysis Symposium (next July 15-16, 2015 in New York), and the LT-Accelerate conference (November 25-26, 2015 in Brussels).