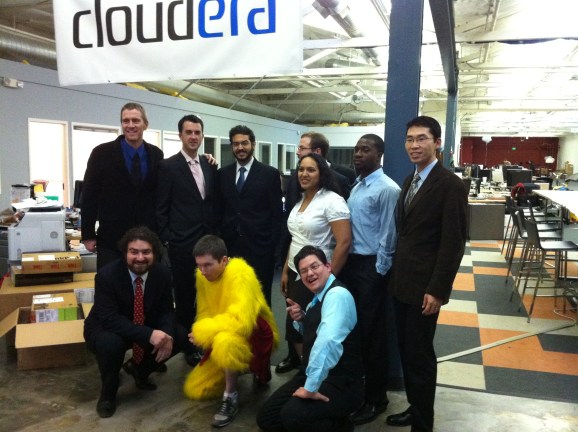 The firm estimated that in 2015 Cloudera will bring in $199 million, up 86 percent year over year. The firm also said Cloudera did $107 million in revenue last year. That lines up with Cloudera’s official statement from February that put fiscal year 2015 (ending Jan. 31) revenue above $100 million. The analysts forecast $329 million in revenue in 2016.

The Manhattan analysts said, “Cloudera should be valued on the high end of its valuation range of $2.8 billion to $4.7 billion.” Last year, when Intel invested hundreds of millions of dollars in Cloudera, the startup’s valuation was estimated to be above $4 billion. The high end of the Manhattan valuation estimate implies continuing growth for the company.

“At the current run rate, we expect operating profit in 2018 at the earliest,” the analysts wrote.

Cloudera did not immediately respond to a request for comment.

The market for the type of software in which Cloudera specializes — primarily the Hadoop open-source software for storing, processing, and analyzing lots of different kinds of data — has been growing over the past several years. In December one of Cloudera’s most significant competitors, Hortonworks, went public. And MapR last summer raised $110 million in funding and debt.

It’s unclear when exactly Cloudera will decide to go public. In February sources told VentureBeat that the company was looking to do its initial public offering this year. After that report, Cloudera executives told Fortune and Re/code that there were no immediate plans for an IPO.

Cloudera started in 2008 and is based in Palo Alto, California.