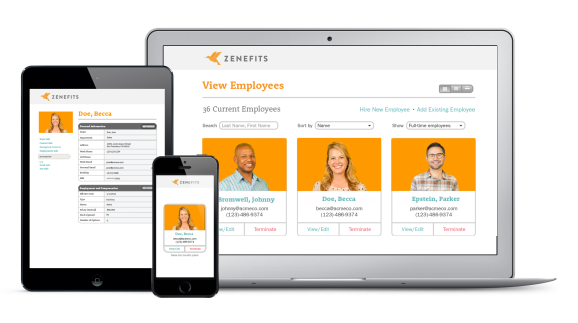 San Francisco-based Zenefits announced today that it raised another $500 million from a host of top-tier investors, money the company says will help it accelerate its already torrid rate of growth.

“We are thrilled that investors share our vision for the company and for what Zenefits can bring to the marketplace,” said Parker Conrad, cofounder and chief executive of Zenefits, in a press release.

The latest round is the company’s Series C and was led by Fidelity Management and Research Company and TPG. In addition, there was participation by Insight Venture Partners, Founders Fund, Khosla Ventures, and Ashton Kutcher’s and Guy Oseary’s Sound Ventures.

“In my experience, the momentum that Zenefits has achieved in two years is unprecedented. Zenefits has brought the benefits of software to a massive industry that had yet to embrace technology at scale,” said Lars Dalgaard, General Partner at Andreessen Horowitz, in a statement. “And their potential market includes tens of millions of employees, using multitudes of different business applications in companies of all sizes.”

The latest round comes a few months after Zenefits hired former Yammer founder David Sacks to be its chief operating officer. The entrepreneur also made his own investment in the company at the time, though the amount was only described as “major.” Prior to Sacks’ investment, Zenefits had raised $84 million.

Zenefits said back in December that it serves 2,000 businesses across 47 states. And it says its user base will grow 1,600 percent in 2014. The company at the time had 420 employees and plans to hire 1,300 more over the next three years.