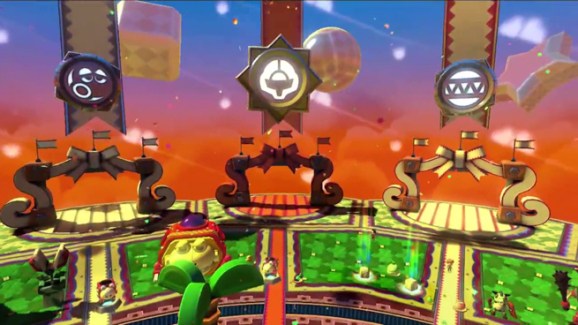 Nintendo Land was just a game, but not for long.

The game publisher announced today that it is partnering with Universal Parks & Resorts to “bring the world of Nintendo to life at Universal theme parks.” This will see Universal using popular characters like Mario and Donkey Kong to create unique experiences. This is the result of Nintendo chief executive officer Satoru Iwata’s plans to get more aggressive with using the company’s properties to generate revenue.

Nintendo and Universal did not announce any specifics, so we don’t have confirmation that a Raccoon Mario roller coaster is a real thing yet. But the two companies did say that these experiences will appear as “major attractions” at Universal’s theme parks in Orlando, Fla. To clarify, this doesn’t mean that Nintendo is getting its own theme park.

Universal Studios already has a lengthy list of rides and experiences that tie into major properties. These include Jurassic Park, Harry Potter, and Transformers. Nintendo, which owns some of the most recognizable characters on the planet, is another big get for a theme park.

This deal between Universal and Nintendo is particularly interesting considering the two companies previously only intermingled in court. Universal Pictures sued Nintendo in 1984 because it believes the Donkey Kong arcade character infringed on the King Kong intellectual property. Nintendo won that case largely due to the legal prowess of its then attorney Howard Lincoln, who would go on to act as one of its most important executives.