GamesBeat: What exactly makes a new game a retro game? Is it just about graphics? Is it more about how it plays? Can a game still have a more 3D look, something like Ori and the Blind Forest — is that a retro game?

Kennedy: I’m going to tend to say no on that one. There are some retro games coming out, but the graphics are just way too polished. A 2D sprite-based — I think that’s pretty much where we’re at. For our console we’re really zeroing in on that 16-bit era. That’s sort of the sweet spot. Although we’re working hard on making this console — giving the ability to developers to take it further past that. We’re in this area of, where do we draw the line? What style do we want developers — do we want them to be able to make a PS2-style game, going back to Atari and everything in between? Do we want to draw the line at the PSX?

Originally, I just wanted it to be a 2D machine. But if we spend an extra five, ten, twelve dollars, can we beef it up enough to go to that next generation? We’re sort of playing that game with ourselves right now, where we want to draw the line for developers and what kind of games we want to see on this thing. Really, it’s just coming back to cost. We’re trying to cost-justify everything, keeping in mind what we think people will spend on a console like this. I’m really excited to just to see 2D platformers, 2D fighters, driving games, puzzle games. The standard 2D 16-bit fare is what I’m most excited to see as far as what developers are going to make and what we’re going to bring out. 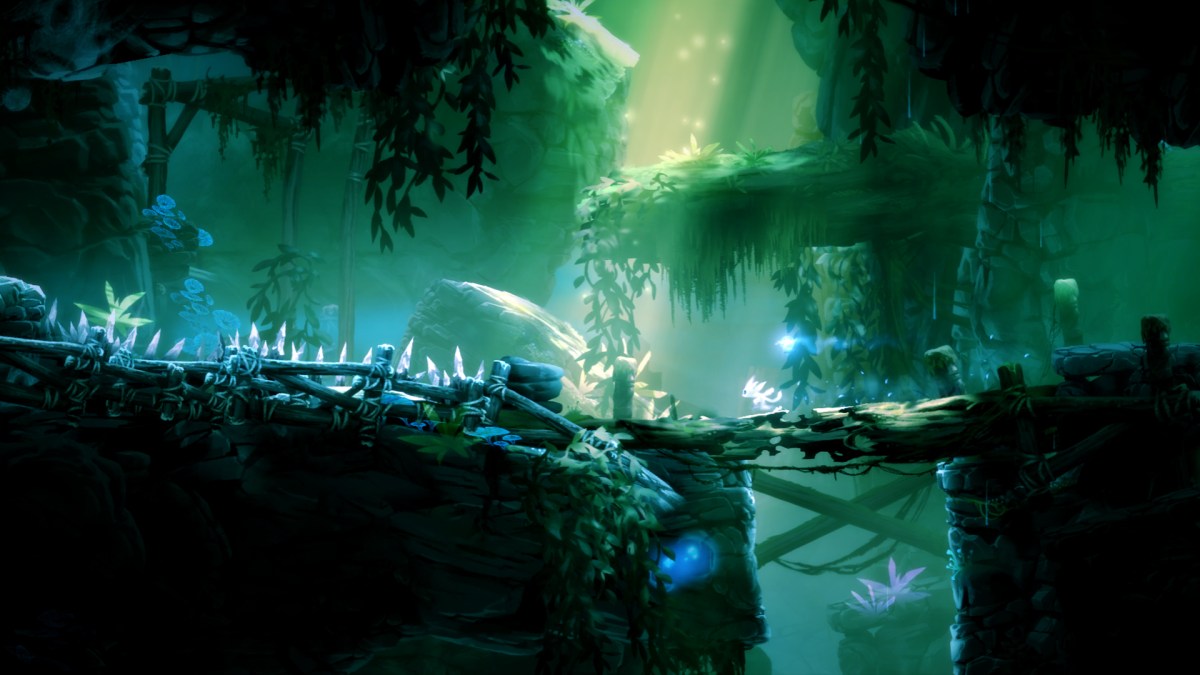 Above: 2D, but not quite retro.

GamesBeat: It’s weird. We’re now in this age where the PlayStation and PS2 are becoming retro in their own way.

Kennedy: It’s getting there, yeah.

Kennedy: Yeah, it’s crazy. But again, it’s important, I think, in this day and age. We can have solid state flash RAM cartridges. That’s getting a lot cheaper than it used to be. We don’t have to have moving parts in this thing that are going to wear out over time. We’re working really hard to build longevity into this. The flash technology that we’re going to use for cartridges — we’re trying to find technology that can be guaranteed for 40-50 years or more.

GamesBeat:That’s interesting, because that’s why cartridges were dropped in the first place. They couldn’t hold as much data as a CD. Now a cart can hold a lot more. We all use USB sticks now, which are basically cartridges in their own way.

Kennedy: Right. To me, this seems more technologically advanced than the PS4 in some respects. It won’t wear out and die years down the road. It’s weird to think about. 100 years or 200 years from now, when people are digging through all our stuff, they’re probably going to find some old Atari or NES systems and some games, and they can put them in and play them.

GamesBeat: You’re using the shells of Atari Jaguar systems and cartridges. I really enjoyed the story about how you came across all of those.

Kennedy: Yeah. Love it or hate it, it saved us a ton of money. That’s the biggest thing. Just the tooling alone — the injection mold shop that currently has them — I brought them from San Francisco down to Orange County — they told me that would have been at least $300,000 in modern-day tooling costs. That doesn’t even count the design work that has to be done. If you’re paying a design team to come up with a whole new look. That’s probably half a million dollars in the end. Again, with the Jag tooling — it’s really the reason this is possible, at least for me to be able to do it. If it wasn’t for that, there’s no way this could be done. Like it or don’t like it or whatever, if you like this idea — this new life for the Jaguar console shell is really what’s making it all possible. 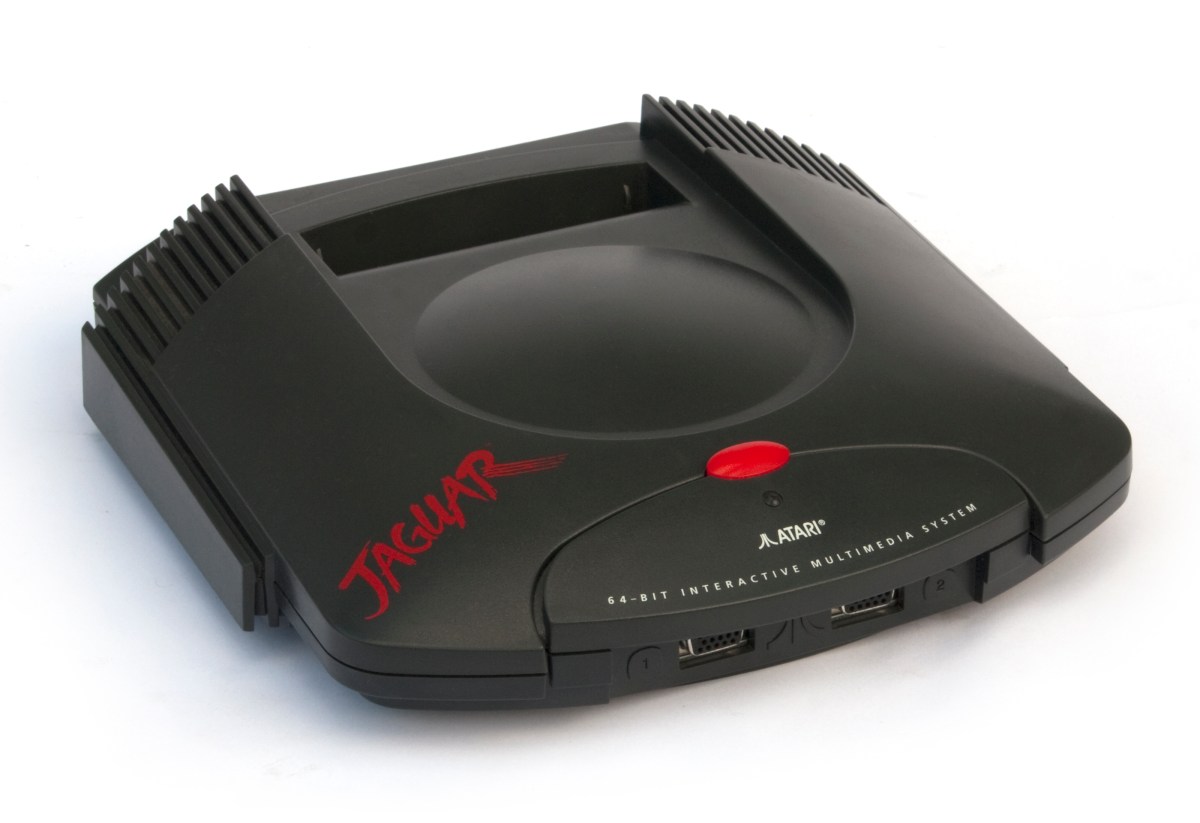 Above: The Atari Jaguar.

GamesBeat: And they were being used as camera mounts for dental equipment?

Kennedy: It was a dental camera, yeah. The dental company bought it directly from Atari somewhere around 1998. Then they repurposed it. All the documentation from Atari, releasing all the titles and rights and interests in the Jaguar — I got all those letters when I bought the tooling, all the blueprints for the Jaguar, like 20 different prints. The release forms. But yeah, they repurposed it as a dental camera for many years. Then their technology moved on to the point that that particular product, they didn’t make it anymore. They put them up on eBay when they were done with them for, I think, six grand? And they never sold.

This was maybe four or five years ago, something like that. So I’ve just been following them. Then, last December, I called Steve at Imagine and said, “I want to come up and check out the tooling.” I met with Steve and saw the tooling for the first time. What’s amazing is that these tools, these punch-out molds, they still look great after 25 years. It’s pretty amazing. We got the tooling for the console shell and the cartridge shell. That’s what we’re going to be re-using. But that’s sort of where the similarities will end. Everything else, all the system architecture inside, is new. We’re using a different controller. Obviously, a Jaguar cartridge won’t play in the Retro VCS. But yeah, it’s really neat. I just love it. I’m a huge fan of Atari, old Atari. It’s so neat that we’re able to repurpose this shell. Honestly, I think the Jaguar was a pretty attractive-looking system. It’s not real big. It’s pretty sleek. I think it’s going to look really nice. We have a team working on rebranding everything. We’re building some different options for branding the console and the controller. It’s going to look unique to us after we’re done with the rebranding of it. I hope, anyway.