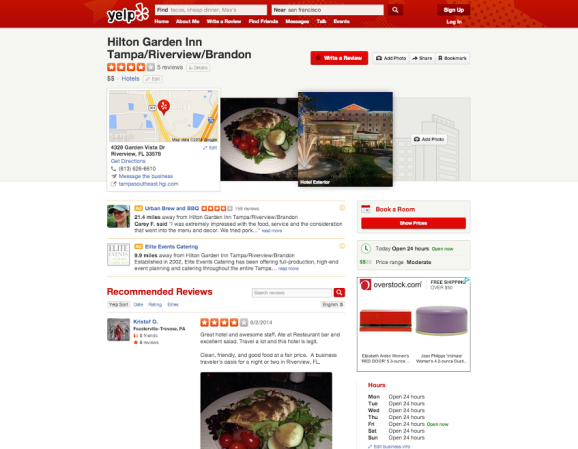 The rumors that Yelp might be for sale seem overdue rather than surprising.

From the start, Yelp has been a terrible business. What’s more surprising is that investors at times appeared so giddy about its prospects, despite a lack of profits for most of its history. And for many years, they appeared content to give Yelp more time, even as the losses piled up.

Rather than becoming Amazon-like in its scope, as founder Jeremy Stoppelman once boasted, Yelp is instead emblematic of something else: how the social era that swept across Silicon Valley last decade produced a lost generation of startups.

The two notable social companies that have managed to become actual businesses are Facebook and LinkedIn. After that? Zilch.

Yes, Twitter is still attempting to climb that mountain and grab the elusive brass ring of profitability, after almost a decade of trying. But we’re right to remain skeptical about their chances.

In general, social has had a big impact on the way we think about the Web and how we interact and consume content. And certainly, there are companies that came out of the Web 2.0 era that have had big cultural impacts, such as YouTube.

But despite having a billion viewers almost 10 years after its launch, YouTube still isn’t profitable. The best thing that happened to the company was that it was bought by Google early on, and thus it has been sheltered from having to worry about whether it can stop spilling red ink. When you’re the division of a company that prints money, who cares whether you can add to the pile?

The problem with this era of companies is that they emerged out of a faulty rationale that gripped the valley for many years. The thinking was, if you just attracted a massive audience first, advertising revenues would inevitably follow.

It worked for Google’s search juggernaut, and eventually it has worked for Facebook. LinkedIn has thrived, for the most part, because it also has a paid pro subscription that means it’s less dependent on advertising. For just about everyone else, though, the notion that if you build it then the business model will come has not panned out.

That’s been true for Yelp. Founded in 2004 to allow users to comment and rate local businesses, the company went public in 2012 on the backs of the millions of reviewers it had attracted. Before that, Yelp raised $56 million in venture capital. At the IPO, it raised another $107 million. And then, with losses still mounting, the company raised another $250 million in a 2013 secondary stock offering.

That’s about $400 million raised from investors for a company that today has a market value of $3.51 billion. Yelp did manage to make an annual profit for the first time in 2014, but it has also still reported total losses of $34 million over its history, according to its securities filings.

What’s more, the future is looking more troubled. In the company’s annual report, it said: “We expect that our revenue growth rate will decline as a result of a variety of factors, including the maturation of our business and the gradual decline in the number of major geographic markets, especially within the United States, to which we have not already expanded.”

Slowing growth and rising expenses are a bad combination. And thus, the “For Sale” sign is out.

Finding a buyer will be tricky. Google would seem to be an obvious choice, but the two companies have been feuding. And with the European Union having filed an antitrust case against Google for using its search engine to squash online shopping competitors, a purchase of Yelp could further antagonize regulators.

Yahoo might make more sense as a buyer, with CEO Marissa Mayer investing in content and not afraid to buy other social misfits like Tumblr and try to plug them into Yahoo’s bigger advertising engine.

But whatever happens, Yelp’s history should remind us to be highly dubious of the remaining advertising-driven social businesses, like Quora or even Pinterest — not to mention all the new, social-mobile services coming along, whether it’s Meerkat’s video streaming buzziness or Snapchat.

The road to digital advertising glory is now littered with bodies. Like it or not, the best hope for most of these others startups to avoid that grim fate will lie in being acquired by a Silicon Valley sugar daddy.