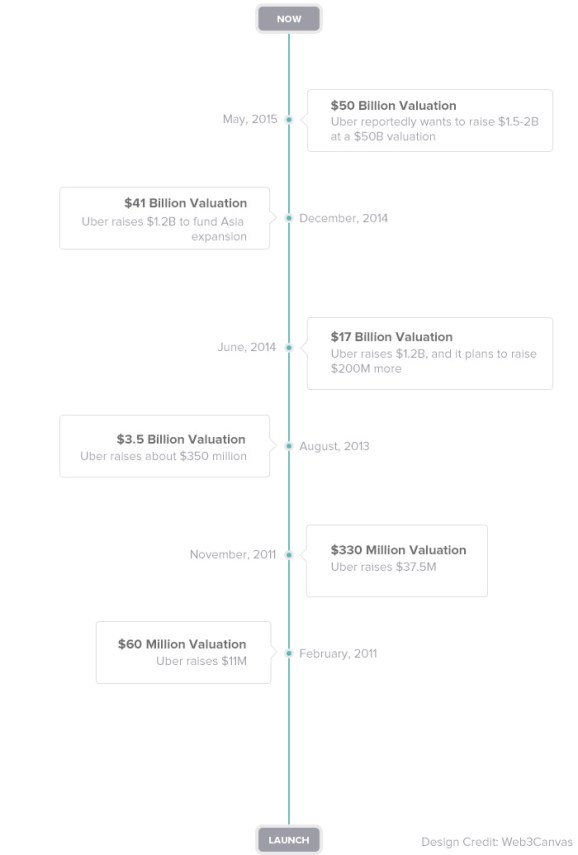 By the end of this month, Uber could be a $50 billion company — at least, that’s the latest rumor, as the transportation company continues its (so far successful) upheaval of a petrified taxi industry.

The foundation of Uber’s stratospheric valuation is growth. Since 2009, Uber has expanded to serve 300 cities across the globe, and the company has long pitched its ambitions to dominate more than the taxi industry (think: couriers, moving, food delivery, etc). The potential has VCs’ mouths watering, despite the constant legislative setbacks and legal ambiguity.

What’s next? The company could go public. Or raise a couple billion more and delay such a move. Who the hell knows?

For your clicking pleasure, here’s a text version of the valuation timeline with links: