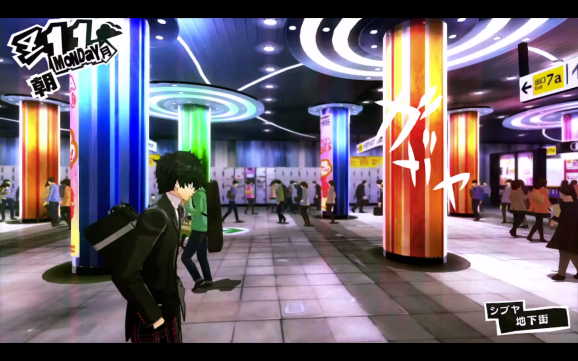 Sega Sammy’s financial report for the fiscal year ended March 31, 2015 reveals its plans for its consumer division, and it plans to shift management resources from its packaged game and amusement machine fields to digital game software for smartphones and online, calling this a “center of growth.” Persona 5, the newest game for its top IP, and 46 free-to-play titles are at the head of its approach into 2016. The Tokyo-based company expects continued growth in digital games for mobile and online, and it aims to get a bigger piece of it with multiple releases of its top online franchises. Research firm SuperData says that the Asian digital games market will reach almost $20 billion by the end of 2015.

For fiscal year 2016, the company plans on releasing 47 digital game titles across mobile and online (including console and PC) platforms. Top franchises such as Phantasy Star Online 2 and mobile game Chain Chronicle join new titles such as Monster Gear and Chaos Dragon this year, with the majority of these releases being free-to-play titles. Sega expects further profit growth over the previous year with this digital release focus.

While it plans to focus less on packaged games and more toward online and free-to-play titles this year, Sega has big plans for Atlus-developed Persona 5, the latest in its hit role-playing series. The report reveals that the console-focused franchise has sold more than 6 million copies worldwide to date. Persona 5 is currently under development for PlayStation 4 and PlayStation 3, and it releases worldwide later this year. Another series title, Persona 4: Dancing All Night, releases for PS Vita later this year as well.