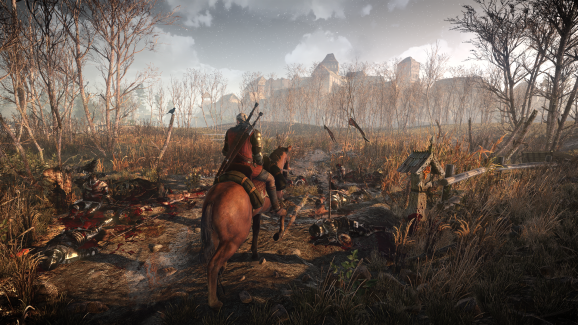 The Witcher 3 pushed PC and console digital-game sales to new heights for May.

It looks like people are ready to go witching.

The third installment in the role-playing game series The Witcher has already reached 1 million preorders. The open-world title comes out on May 19 for PlayStation 4, Xbox One, and PC.

“We would like to thank all the gamers for their trust and support,” said Marcin Iwiński, the co-founder of developer CD Projekt Red, in a press release sent to GamesBeat. “This is the last stretch and we’re pushing hard — over the last two weeks, we’ve increased performance on all platforms and started working full speed on the expansions, Hearts of Stone & Blood and Wine.”

The Witcher series has had plenty of fans, but it seems like gamers are especially excited for The Witcher 3: Wild Hunt. This is the first entry in the series to launch simultaneously on PC and consoles.