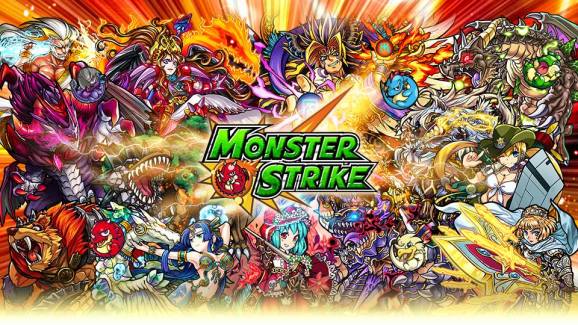 Monster Strike is already huge on mobile -- and now it's getting a 3DS adaptation.

Japanese mobile gaming and social networking company Mixi has released its financial results for the year ending March 31, 2015, and it shows that its action role-playing game Monster Strike continues to perform well. Since its launch in October 2013, this mashup of pinball and Pokémon has seen over 30 million downloads worldwide, helping the company see an 828.9 percent increase in sales year over year. Mixi saw Q4 revenues exceed $350 million (over 42 billion yen) thanks to Monster Strike, and the recent launch of the title Hong Kong, China, and Southeast Asia could bring continued growth.

With this success comes expansion. Along with these results, Mixi announced today that a Nintendo 3DS version of Monster Strike is in development, scheduled to release late this year. A television animation series based on the game is also scheduled to broadcast in Japan this year.

Analyst and consultant Serkan Toto told GamesBeat that Mixi has succeeded in what many people previously thought would be impossible: establishing the next billion dollar mobile game franchise in Japan. It could be on its way to being the next Puzzle & Dragons, a mobile game that has made over $1 billion the past two years.

“I personally have little doubt that Monster Strike’s overall revenue will climb higher when downloads go up: at the moment, the Mixi app has ‘just’ 25 million downloads worldwide, while Puzzle & Dragons passed 35 million [in Japan],” Serkan said. “So there is still room for Mixi to boost that number to well over $4 million per day. And this isn’t counting the revenue the company can make from licensing out, as planned, the Monster Strike IP to anime production companies or releasing a 3DS version.”

“For context, Puzzle & Dragons Z, the 3DS game that’s based on the mobile app, has sold around 2 million copies in Japan only since launch in December 2013 — not a bad number at all.”

But Mixi will must figure out how to spread the appeal of Monster Strike internationally to take on GungHo. Serkan notes that over 90 percent of Monster Strike’s sales come from Japanese players.

“However, very similar to GungHo, Mixi does have a hard time in one important area: internationalization,” Serkan says. “Months after launch there, we are not hearing much about Monster Strike’s performance in key regions like the US or China, and I don’t think I have to tell you what that means.”

But the numbers Monster Strike in China look promising, and mobile gaming is growing in that market at an alarming rate.

“What is clear from the most recent results is the impact of launching in China,” Stewart Rogers, an analyst at VB Insight said. “While the North America launch barely registered a blip in downloads over the Taiwanese version, China increased the number of players by a staggering amount. The original Japanese launch still accounts for over 70 percent of the install base, but the growth rate of Chinese players suggests it could overtake the home market within a year.”

Mixi also needs to move beyond its one hit game, and 2015 may be the year for that. Its financial report notes that new smartphone titles are in development, planned for release in 2015. The company says it wants to create games for “everyone to enjoy among friends.”