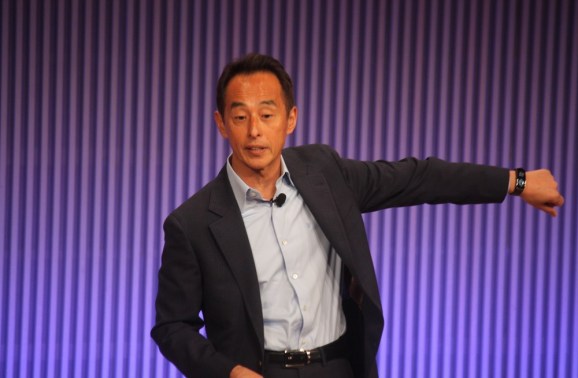 At the Internet of Things World conference in San Francisco today, Samsung rolled out a new family of low-power chips that will power all kinds of connected “things,” from washing machines to drones.

It also provided an update on how it will provide a cloud platform for the aggregation and analysis of all the data that might flow up from the chips in the endpoint devices.

The new chips come in three sizes — Artik 1, 5, and 10 — and feature different processing power, storage capacity, and radios for communication. All the chips contain an embedded system of encryption to protect against hacking, Samsung said.

The smallest of the chips — the Artik 1 — is just bigger than a ladybug. The Artik 1 is meant to power small endpoint devices like dedicated sensor hubs.

The Artik 5 chip, Samsung president Young Sohn told VentureBeat, might power something slightly smaller, like a drone with a camera. The chip has video encoding and decoding power baked in, so it requires less power than it might if the encoders weren’t part of the chip.

The chips support a variety of hardware standards, including Wi-Fi, Bluetooth and Bluetooth Low Power, ZigBee, and Thread.

The chips are already being used in Samsung mobile devices, and they will be incorporated in the consumer electronics division to power connected devices like TVs and refrigerators.

Samsung believes that providing a standard set of chips with a set of standard development tools and a standard (and open) integration platform will make it far easier and cheaper to develop iOS solutions.

The research house IDC says 50 billion IoT devices will be active in the wild by 2020. Samsung’s Sohn said any business involving billions of chips is something Samsung wants to be involved in. 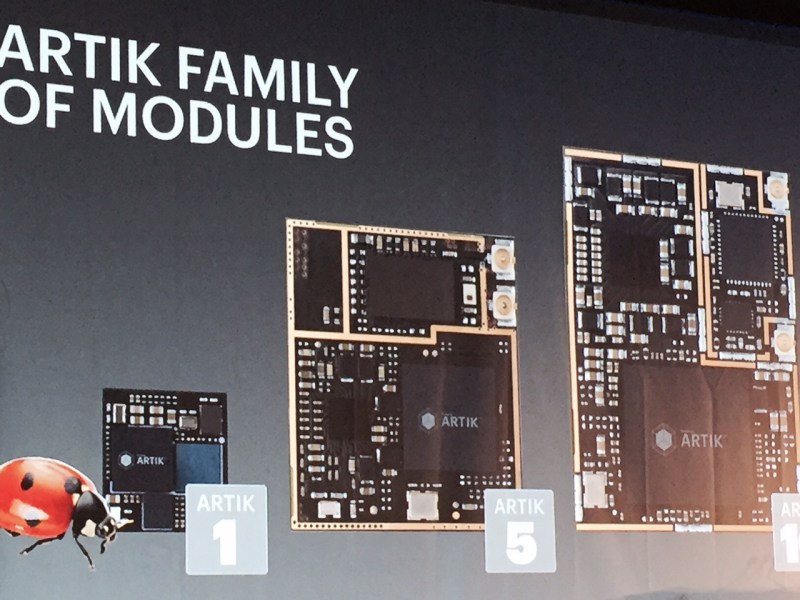 The introduction of the Artik platform has special implications for SmartThings, the connected home and Internet of Things company Samsung purchased 18 months ago.

SmartThings already had a development cloud and integration platform that developers could use to create connected systems of IoT devices. SmartThings CEO Alex Hawkinson said 19,000 device types have already been connected to the SmartThings platform.

Samsung is now using that framework — the SmartThings Open Cloud — as its main cloud platform for integrating data from all kinds of connected devices, whether they use the Artik chips or some other kind of IoT chips. The platform offers SDKs to help connect endpoint devices to the cloud, using Java, Android, iOS, PHP, and Python software development kits (SDKs).

Samsung has said that it intends to make all of its products — from phones to washing machines — connected devices by 2020.

The new Artik chips will be placed in all of those products, and they will all connect to the common SmartThings Open Cloud. And all Samsung groups will use a common set of development tools to connect the devices to the cloud, the company said.

Samsung will today start distributing a chip set to developers that can be used to start building IoT projects. The development software will be baked onto the chip, and will also contain the open APIs needed to connect to the cloud, Samsung’s Sohn said. 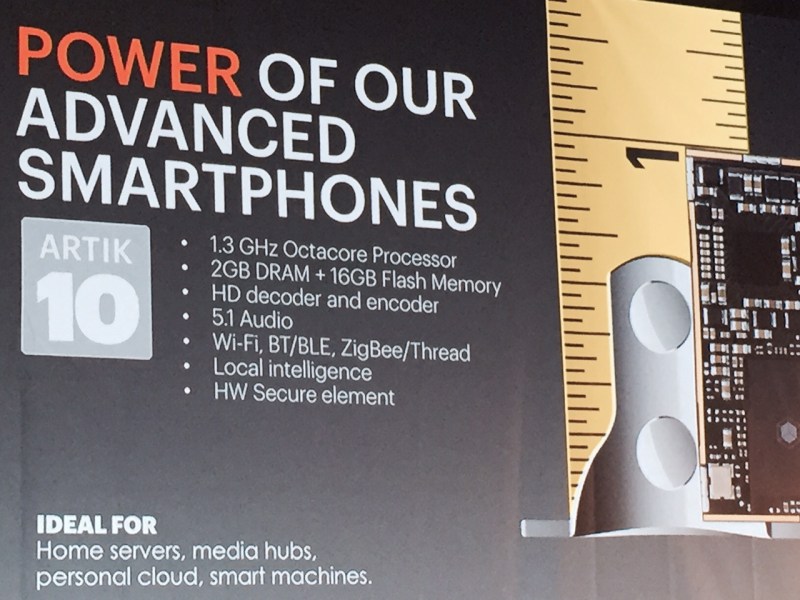