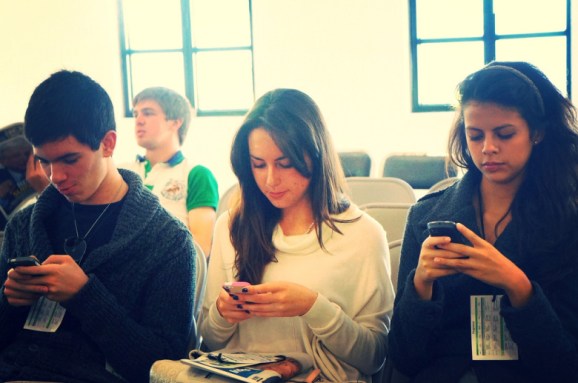 Therapy mobile app Talkspace just landed $9.5 million in new funding with a lofty goal of bringing therapy to a billion people. The funding round was led by Softbank Capital and Spark Capital.

“When we first invested we thought of this as therapy-lite. But when we talked to therapists we realized that this was therapy on-demand,” said Alex Finkelstein, general partner at Spark Capital.

Over the course of a year the company has ranked up 100,000 users across the U.S. Despite operating entirely inside the States, Talkspace has also picked up users in other English-speaking countries such as Canada and Australia.

Moving from a little more than 100,000 users to a billion is quite the task — especially if the acquisition rate stays at this pace. And also considering the inherent roadblocks to customer acquisition for therapy services.

Living in New York, it seems like everyone has a therapist, but for the rest of the country that’s far from the standard. There are still a lot of negative perceptions surrounding therapy, and Talkspace will be charged with actively trying to change them. There’s also a matter of cost.

While Talkspace is relatively affordable, at roughly $100 a month for unlimited texting with a therapist, and far more inexpensive than most therapy services, it’s still an additional cost to consumers — and Talkspace does not take health insurance. With the Affordable Care Act requiring Americans to be health-insured, customers may balk at the additional cost.

What’s more, most people rely on a general practitioner to advise them on health matters and make recommendations as to which medical professionals they should seek out. Talkspace isn’t currently working with any general practitioners to get the word out about its services, and this may be its biggest hurdle yet.

To combat the distribution problem, Talkspace is currently working with veterans’ groups, a population that often suffers from PTSD as well as other mental traumas, to get them using the app. Finkelstein also sees the potential for a business-to-consumer play, where companies offer Talkspace as a perk.

In the meantime, Talkspace is hoping to push its services more outside the U.S. The company says it expects to expand into Europe and Asia by 2016.

To date the company has raised a total of $13 million in funding.