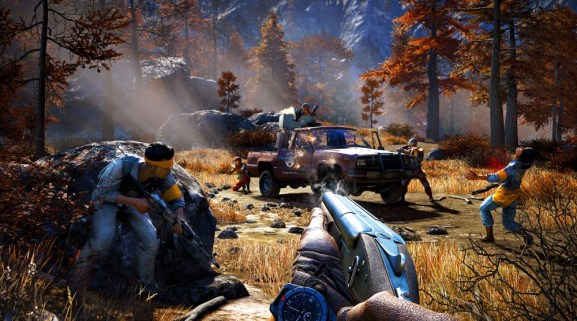 Far Cry 4 is one of Ubisoft's big digital successes.

Another triple-A game maker is making money from its digital offerings.

Assassin’s Creed publisher Ubisoft reported the rresults of its fiscal 2015 today, and the company explained that digital sales contributed significantly to its improved bottom line. Digital made $430 million for Ubisoft last year. That represents a 96.8 percent year over-year surge, and the company said this segment of its business was the “main driver” of its growth. This helped the French publisher set a new record of 77 percent gross margins.

This is another confirmation of a trend in gaming that is seeing more and more consumers leave physical media behind. This is old news for PC gamers, but it’s something that console owners haven’t fully embraced until the PlayStation 4 and Xbox One.

Overall, digital made up 26.1 percent of Ubisoft’s revenues, and that primarily came from the digital distribution of its full releases like Assassin’s Creed: Unity and Far Cry 4 on PlayStation 4, Xbox One, and PC (which includes its UPlay download service). 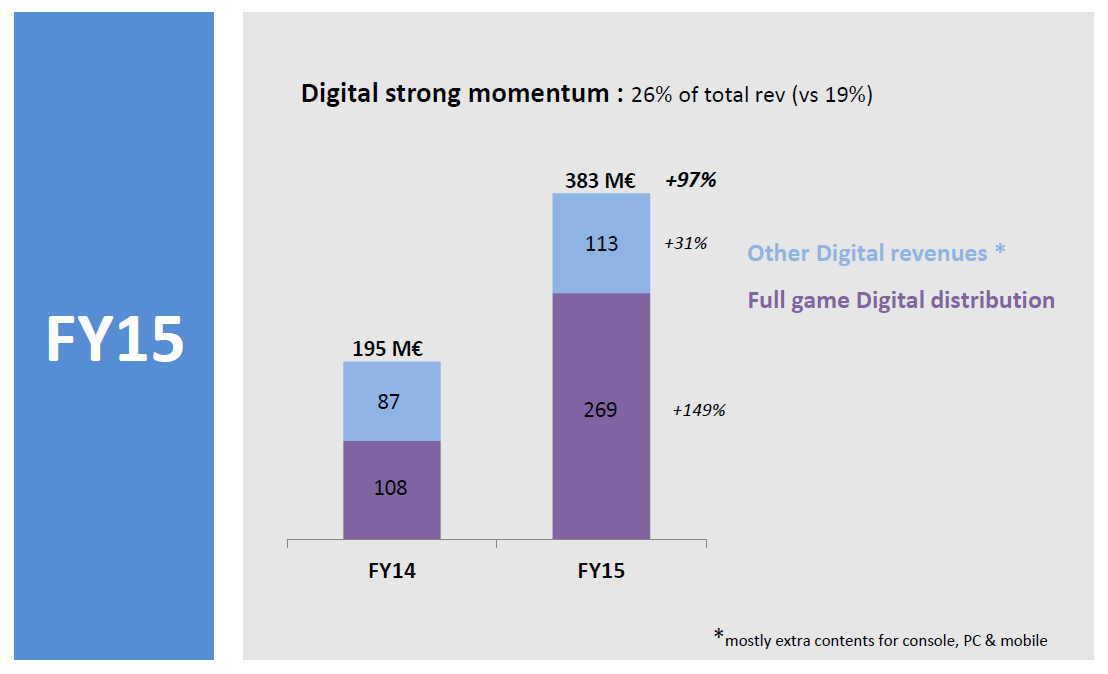 On top digital distribution, Ubisoft also got a contribution from its mobile games and downloadable content. Mobile and add-on sales made up $126 million of the company’s digital sales. That is up 31 percent year-over-year from $97 million in fiscal 2014.

But again, the true growth for Ubisoft came from its major full-game releases. Those products brought in $302 million from digital channels alone — and that doesn’t include any of their DLC. That figure is up a whopping 149 percent year-over-year from $121 million in fiscal 2014.

Ubisoft isn’t alone in benefiting from this. Electronic Arts and Activision also both reported that their digital earnings are up. Going increasingly digital is something that is helping benefit the aforementioned gross margins for these companies, since they can save a lot of money by not printing discs.