The Consumer Electronics Show, in all its glory

The 2015 International CES drew a record 176,676 attendees to Las Vegas in January, according to audited numbers released today.

The Consumer Electronics Show is a good proxy for the health of the tech industry, and the record attendance reflects the current tech boom, or bubble, if you prefer. The industry and the show have climbed a long way from the trough of 2009, when only 110,000 people attended amid the global economic meltdown.

The Consumer Electronics Assocation, which puts on the big tech trade show, verified the overall number and said that 48,833 people came from outside the U.S. There were more than 3,600 exhibitors, 2.23 million net square feet of exhibit space, 6,952 media and analyst attendees, and 703,602 mentions of #CES2015 during the show, with 7.51 billion total potential Twitter impressions. Overall, people from 153 countries represented, according to an audit by Veris Consulting.

“We are thrilled to have produced such a phenomenal, record-setting International CES,” said Gary Shapiro, CEA president and CEO, in a statement. “Our event offers a one of a kind, ‘can’t miss’ experience that allows our global attendees to see how different technologies from a range of industries impact each other. The International CES remains the single best place to experience the products, services, and trends that will be driving the global industry in the months and years to come.”

For CES 2016, the CEA promises new enhanced credentialing procedures to cap the attendance at the trade show, which is not open to the public, to no more than 176,000 next year. On average, a CES attendee has 33 business meetings, Shapiro said.

The question for attendees is whether it is getting too big. Taxi lines and monorail queues are frustrating, but Vegas has expanded enormously. And there are services like HotelTonight, Lyft, and Uber to deal with the overcrowding. I managed to make all of my meetings at the show this year, partly because I had learned to stay away from the crowds at difficult times. But all it takes is one bad experience waiting in line to make you think there are just too many people there. 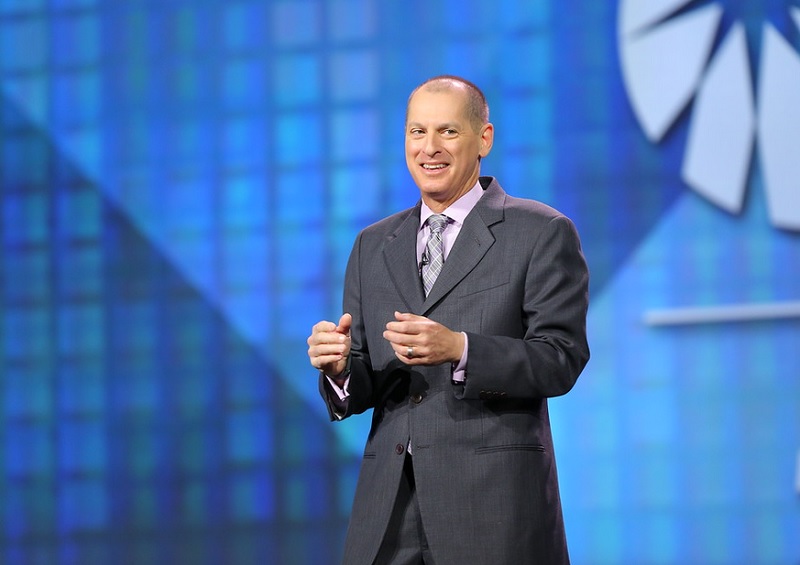 Above: Gary Shapiro, CEO of the Consumer Electronics Association, at CES 2015.