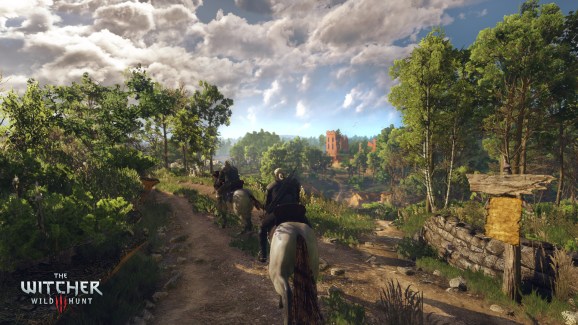 The Northern Kingdoms of the Witcher 3.

There’s a day-one patch for The Witcher 3: Wild Hunt that’ll clear up some issues on PlayStation 4.

Some early reviews have noted framerate issues with The Witcher 3 running on PS4, but developer CD Projekt Red says it’s already on top of the problem. Responding to a question about framerate on Twitter, community coordinator Marcin Momot said, “We’ve already addressed this issue. Framerate will be better once we official launch the game.”

@Yaqza81 Yes. We've already addressed this issue. Framerate will be better once we official launch the game.

The PlayStation 4 version of the game displays at a native 1080p resolution, compared to the Xbox One’s native resolution of 900p, which is boosted at times by dynamic scaling. Gamers might be concerned that this extra graphical fidelity comes at the cost of a stable framerate on PS4, and Momot’s comments should provide reassurance that this isn’t the case.

Momot explained that a day-one patch will be available when The Witcher 3 officially launches on May 19, and this will clear up the problem that IGN’s Vince Ingenito noted in his review of the game. “30 frames per second was sometimes too much to ask,” said Igenito, adding that this “did compromise the beauty of the experience ever so slightly.”

@DavidMo92898701 yes. Framerate and performance have already been improved.